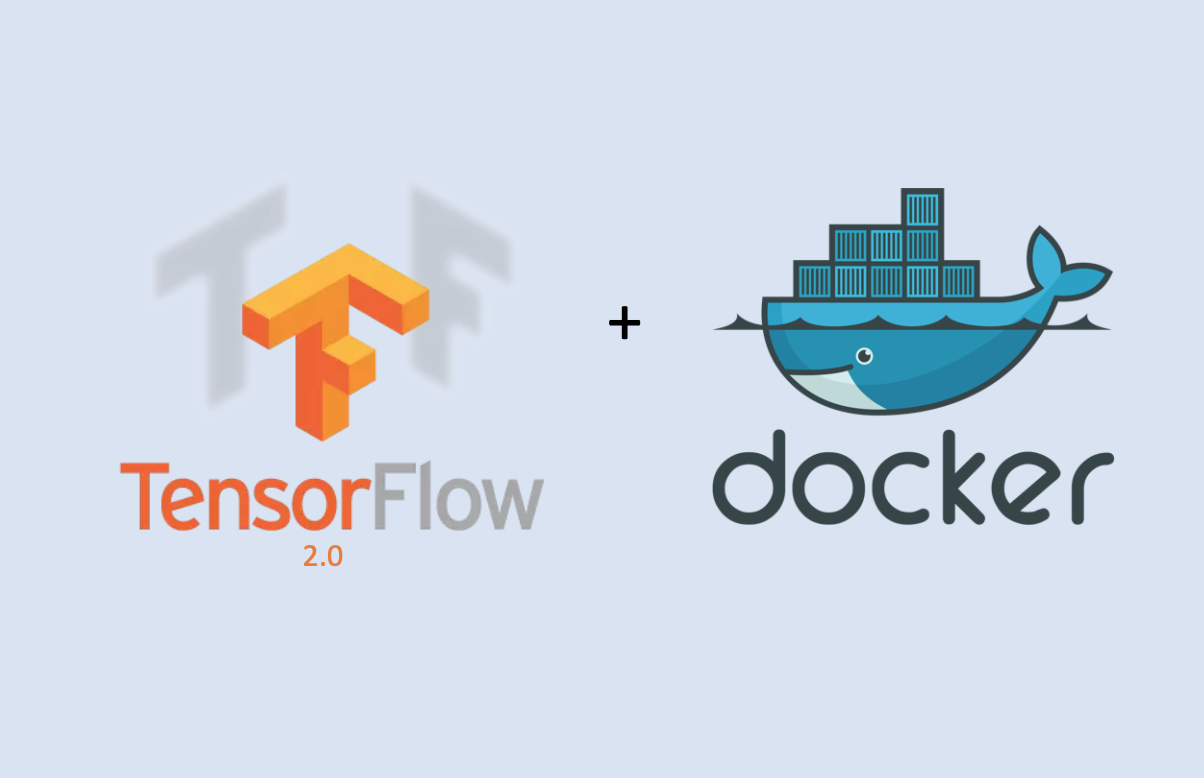 Containers have a long history that dates back to the ‘60s. Over time, this technology has advanced to a great deal and has become one of the most useful tools in the software industry. Today, Docker has become synonymous for containers.

In one of our previous articles, we discussed how Docker is helping in the Machine Learning space. Today, we will implement one of the many use cases of Docker in the development of ML applications.

What you will learn

Docker is a very popular and widely-used container technology. Docker has an entire ecosystem for managing containers which includes a repository of images, container registries and command-line interfaces, among others. Docker also comes with cluster management for containers which allows multiple containers to be managed collectively in a distributed environment.

Head to https://hub.docker.com/ and sign up with a Docker ID. Once you are in, you will see the following page.

Click on the Get started with Docker Desktop button. 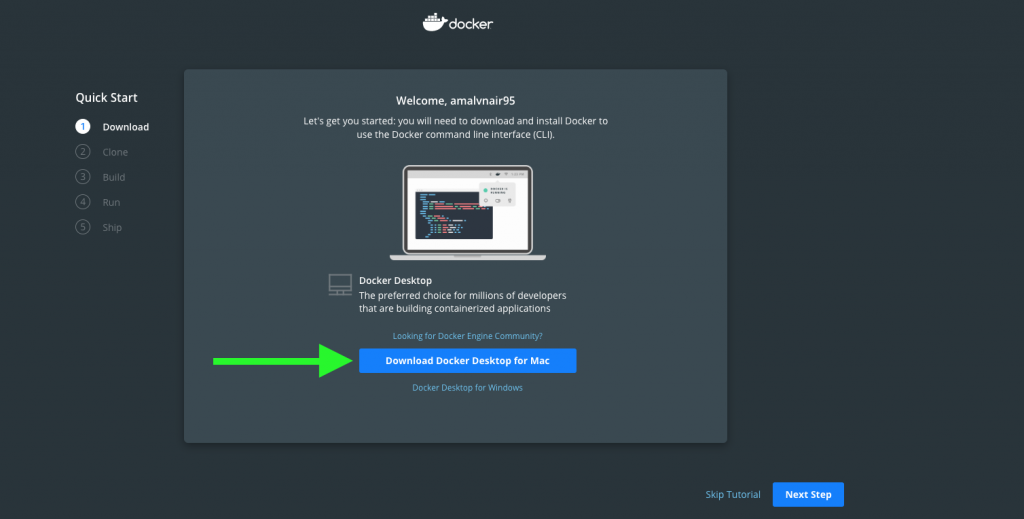 Once the file is downloaded, open it to install Docker Desktop. Follow the standard procedure for installation based on your operating system and preferences.

On successful installation, you will be able to see Docker on your taskbar.

You can click on the icon to set your Docker preferences and to update it. 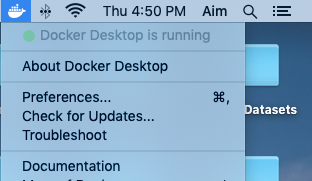 If you see a green dot which says Docker Desktop is running we are all set to fire up containers.

Also, execute the following command in the terminal or command prompt to ensure that everything is perfect:

If everything is fine, it should return the installed version of the docker.

Getting Started With Docker

Before we begin, there are a few basic things that you need to know.

Images: An image or Docker Image is a snapshot of a Linux operating system or environment which is very lightweight. Docker Hub which is Docker’s official repository contains thousands of images which can be used to create containers.

Containers: Containers are the running instances of a docker image. We use an image to fire up multiple containers.

Get familiar with the following commands.

We will be using the above commands a lot when dealing with Docker containers. We will also learn some additional commands in the following sections.

We will use TensorFlow’s official Docker image with Jupyter named tensorflow:nightly-py3-jupyter. The image comes with preinstalled Jupyter Notebook and the latest TensorFlow 2.0 version.

Once all the downloading and extracting is complete, type docker images command to list the Docker images in your machine.

Firing Up The Container

To start the container we will use the Docker run command.

Let’s break it down: 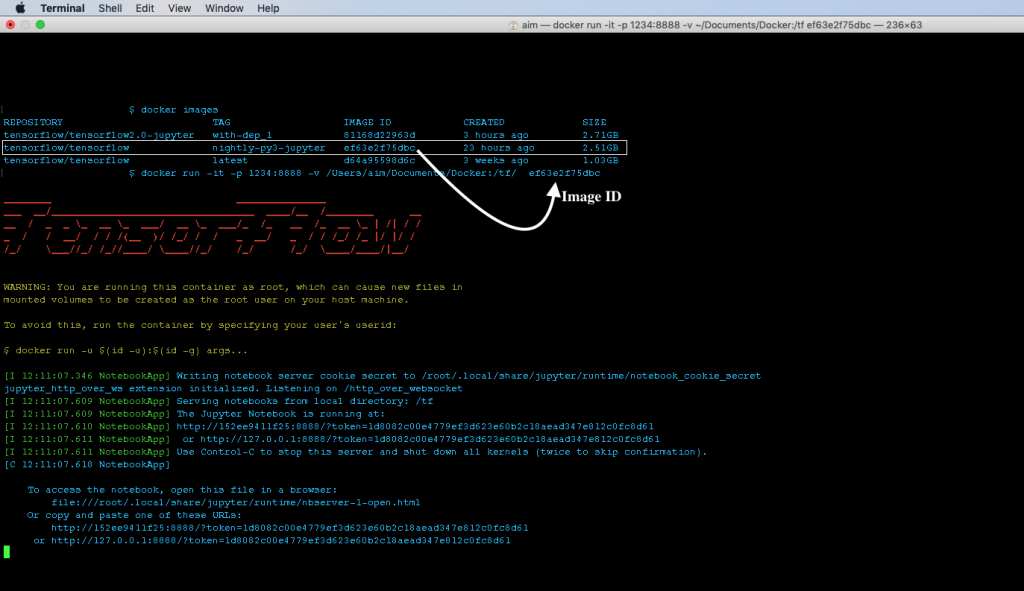 We can now list the running containers in the system using docker ps command.

To stop the container use docker stop. The container id will be returned by the docker ps command.

On successful execution of the run command, the Jupyter Notebook will be served on port 1234 of the localhost.

Open up your browser and enter the following url. 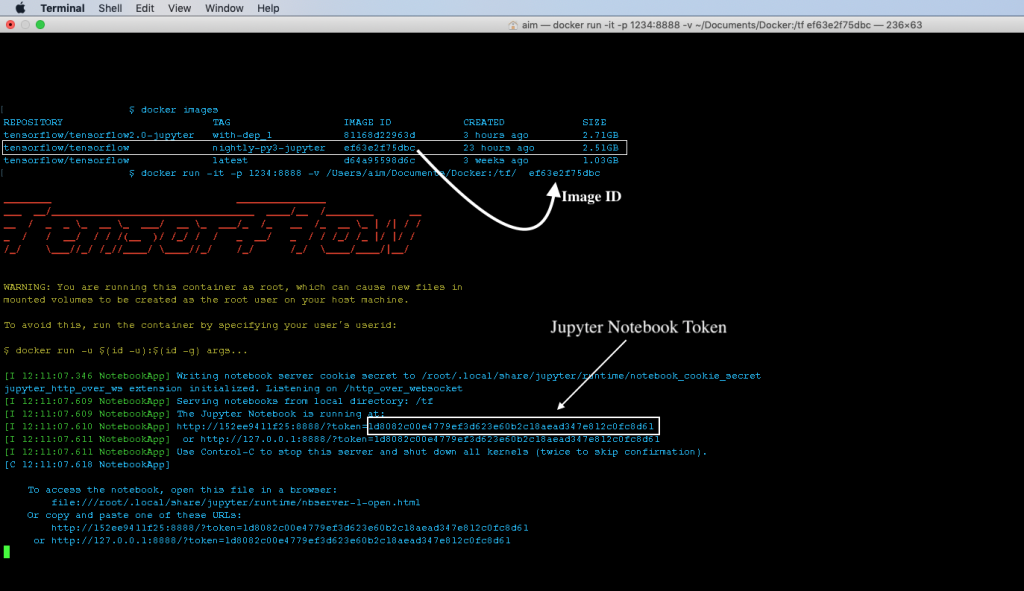 Copy the token from the logs and use it to log in to Jupyter Notebook.

Once logged in you will see an empty directory which is pointing to the /tf/ directory in the container. This directory is mapped to the Documents/Docker directory of the local machine.

To share any files with the container, simply copy the required files into the local folder that was mounted to the container. In this case copy the file to /Users/aim/Documents/Docker to access it in the Jupyter Notebook.

Once you copy and refresh the notebook, you will find your files there.

Find an example notebook below. In the following notebook we will try to predict the cost of used cars from MachineHack’s Predicting The Costs Of Used Cars – Hackathon. Sign up to download the datasets for free.

Download the above notebook along with the datasets and copy them into your mounted directory. (/Users/aim/Document/Docker – in my case).

Now let’s start from where we left off with our Jupyter Notebook running on docker.

Open the notebook and try to import some of the necessary modules.

You will find that most of the modules are missing. Now let’s fix this.

Get the container id using docker ps and use the following command to enter inside the running container. 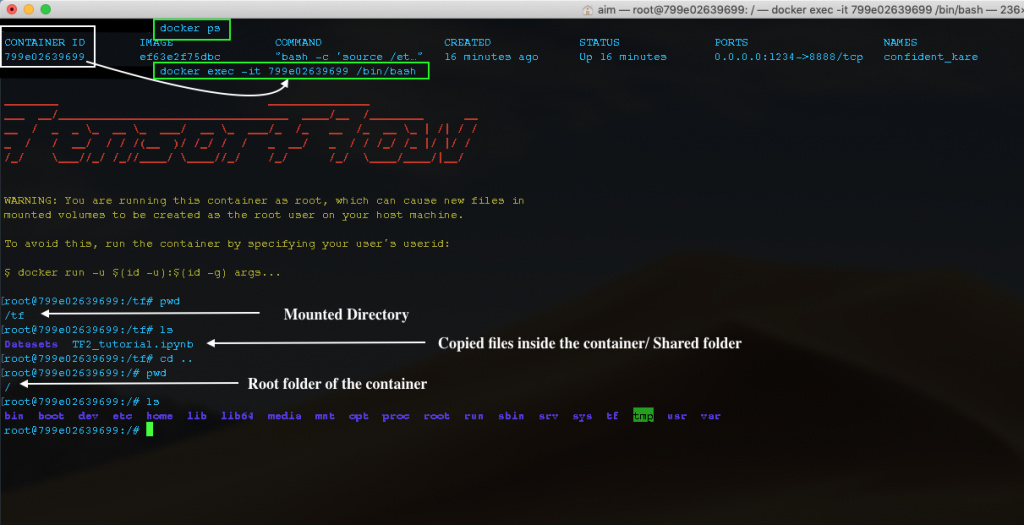 Since containers are lightweight Linux kernels, all you need to know are some basic Linux commands.

So let’s install all those necessary modules that we need. For this example, I will install 4 modules that I found missing.

Inside the container do pip install for all the missing libraries:

Exit from the container instance by typing exit.

Now go back to your Jupyter Notebook and try importing all those modules again.

Now that we have our development environment ready with all dependencies let’s save it so that we don’t have to install all of them again.

Use the following command to commit the changes made to the container and save it as a new image/version.

Running Container From The New Image

Now we have a new image with all the dependencies installed, we can remove the downloaded image and use the new one instead.

To delete or remove an image, use the following command:

To fire up containers from the new image, use the following command:

Great! You can now set up different development environments for each of your projects!