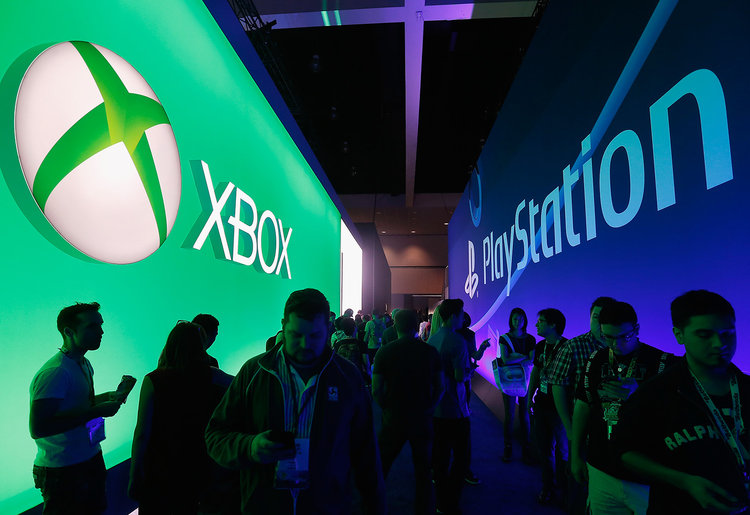 As the future of gaming moves towards the cloud, long-time industry leaders and veterans are increasing focus towards their cloud operations. While there have been many ‘on-demand’ gaming services in the past, rising cloud infrastructure has increased accessibility to a whole new level.

Moreover, cloud gaming generally tends to be in favour of those who already have the infrastructure in place. This is due to the geographical diversity of the products’ target audience, which requires a wide distribution of cloud servers. This gives the advantage to cloud players like Google and Microsoft, both of which now have a stake in gaming.

At the Electronic Entertainment Expo (E3) this year, most of the participants in the ecosystem announced their cloud gaming plans. Here’s the lowdown.

One of the industry leaders in the console market, Microsoft is looking to future proof their operations. They are also one of the biggest players in the cloud market, especially in emerging economies.

Microsoft’s initiative is called ‘xCloud’ and works in conjunction with other Microsoft products such as the Xbox One and Windows. They had released a product known as Xbox Game Pass, which allows users to play whichever games they want to, on whichever supported platform for a flat subscription fee.

The head of Xbox, Phil Spencer, stated that xCloud will either leverage a console in the cloud or the one in users’ living rooms. Any game on the console or in the library can be streamed to a mobile phone seamlessly.

Even as Sony’s PlayStation Now has been around for a while now, it is set to get an update. Sony recently announced a partnership with Microsoft for cloud infrastructure, which is sure to make up for their lack of knowledge in the cloud space.

PlayStation Now is also being extended to Android devices apart from Sony’s Xperia lineup. The service allows users to access over 750 games on demand, with the catalog expanding over the PS2, PS3 and PS4’s collections. It functions similarly to the Xbox Game Pass and is set to be used alongside the Remote Play functionality on the console.

Remote Play, PC support, mobile support and PlayStation Now, along with a solid partnership with Microsoft for cloud gaming capabilities, will allow Sony to take on other players in the space.

Google Stadia could be credited with bringing about the newfound enthusiasm towards cloud gaming in the market. While the cloud was generally looked at as being the ‘future’ of gaming, Google was the company that showed everyone that the future was here,

Google Stadia is set to offer a variety of games that will be available on instant access when the service launches in November. This includes prominent titles from industry developers such as EA, Square Enix, Bethesda and more. This service is, by far, the most fleshed out at this point in time, with a concrete release date in sight.

Google has also released pricing details and is available in 14 different countries. Moreover, there is also cross-compatibility, with the ability to play on mobile using Google’s Pixel line of phones.

Nvidia has considerable skin in the game, seeing as how Google and Microsoft both will use its GPUs for their cloud gaming efforts. However, they have also decided to throw their hat in the ring, with a currently-in-beta cloud gaming service called GeForce Now.

GeForce Now works with low-powered laptops, Macs and even the Nintendo Shield tablet to allow for seamless play across devices. With a library of over 400 games, GeForce Now boasts a considerable lineup and also comes with a host of useful features, such as instant installation and ultra streaming mode for high-FPS gaming. The free beta is currently open.

Bethesda, a prominent game developer, recently announced its Orion software platform for increasing cloud gaming performance. This is said to be implemented across multiple platforms, with the company stating that the solution offers a bandwidth requirement cut of 40%, an encoding time improvement of 30% with 20% less compute.

James Altman, the director of publishing for the company, stated, “This can be put into any game engine, it can be used with any streaming platform to provide a better experience for any consumer.”

Nintendo has also begun making forays into the cloud gaming space, with efforts bearing fruit in Japan. Owing to its big footprint in the country and the sustainable Internet infrastructure, the Nintendo Switch is now able to stream much higher-requirement games to the console. This shows that Nintendo is working on a similar solution as well.

Another hopeful in the space is cloud services leader Amazon, who is reportedly in the process of creating cloud games. This would signify that all 3 big cloud players are moving into gaming, signifying that is, indeed, the future.

Unix Vs Linux: How These Two Operating Systems Are Different