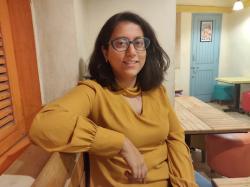 Jignasa pursued her bachelor’s degree in Biotechnology and is currently…

10 Climate Technologies That Are Currently In Use In India

He Jiankui, a Chinese biomedical researcher who had claimed to help make the “first genetically modified babies”, has reportedly been missing since last week.

In his YouTube video, Jiankui had claimed that he edited genes of twin baby girls to make them HIV-resistant. “The twin girls are perfectly healthy and were born in November,” he had said. He had aroused awe and horror alike when he announced at a conference in Hong Kong last week that he used a CRISPR gene-editing system to modify the DNA of human embryos.

Some reports have suggested that the scientist has been missing since the summit. The Chinese government has condemned his work and has proposed a plan to shut down the human genome project completely. They have also launched an investigation against his lab and experiment Many scientific communities are anxious and want to look at his case and investigate the experiment.

Dr Robert Klitzman, director of the bioethics program at Columbia University, said in an interview, “The technique used by the researcher is very risky, it is a consensus in many countries to not edit genes from a human embryo and plant it into a mother’s body. There are many risks involved.” Jiankui had said that he used CRISPR cas9 technology, a new molecular tool which breaks specified parts of DNA, for his research. Jiankui had said, “This technology is not used to enhance genetic features like IQ, hair colour and eye; that should be banned. I want this technology to be used to heal people.”

If Jiankui’s claims are to be believed, this technology can bring wonders everywhere. According to WHO reports, there are more than 36.9 million people infected with HIV-AIDS and 940,000 people have died in one year due to this disease. Cases, where infants are HIV positive because of either parent, can be averted by this technology. The cases of HIV in India are estimated above 21.4 lakh.

The scientist may face a lot of trouble because his experiment is against Bioethics. Dr Klitzman added, “It is not unethical to experiment on the human genome, but to put it inside a mother’s body is highly risky and unethical. There’s no proof of his experiment but this activity will urge other scientists to do the same and challenge laws.”

Tesla’s Mad Max Autopilot Is To Driving, What Jarvis Is To Iron Man

10 Climate Technologies That Are Currently In Use In India