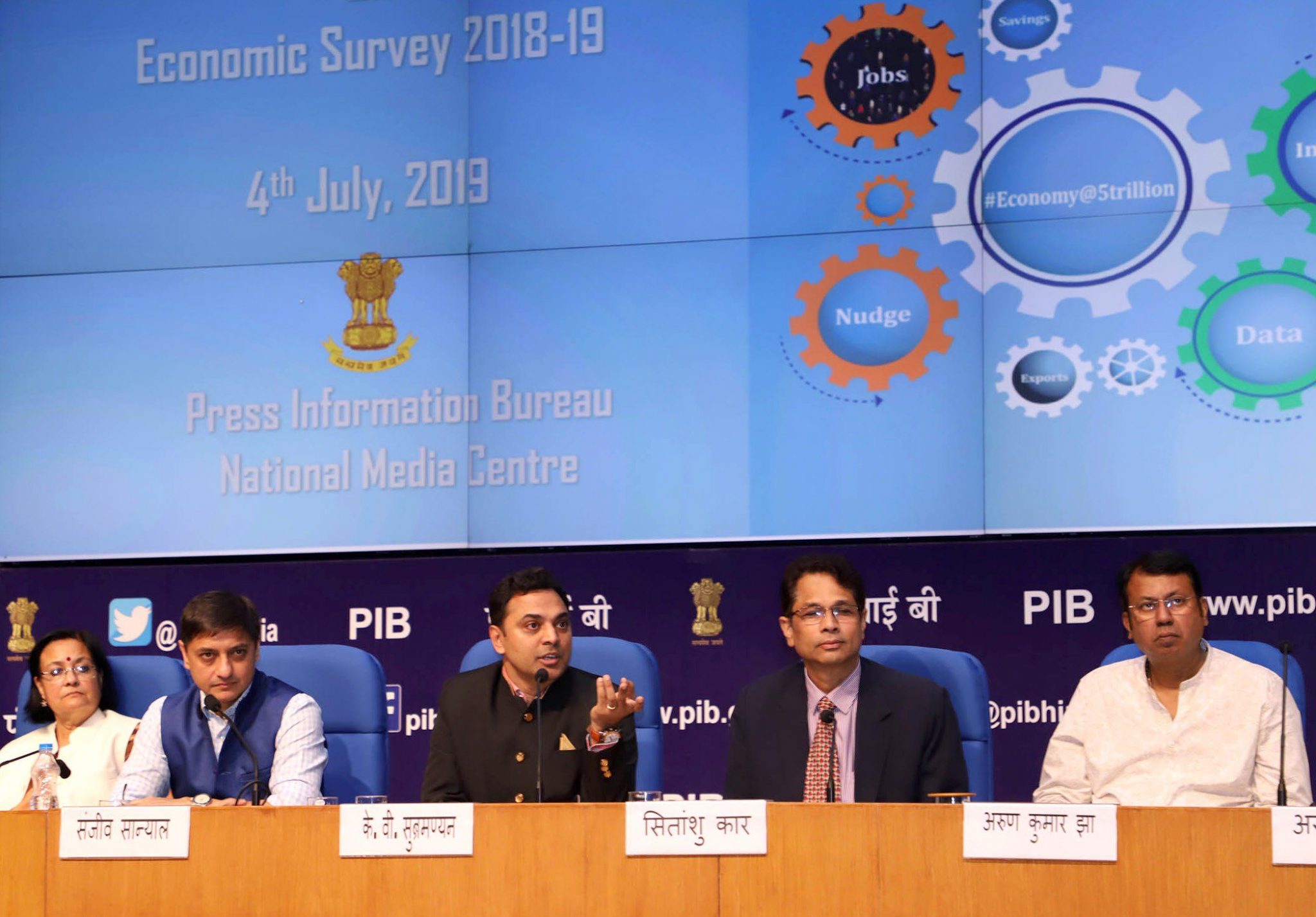 The Indian government has set a target of being a $5 trillion economy by the end of the current term in 2024. In a meeting before proposing the Budget for the next fiscal year, the Economic Survey tabled a plan to make India one of the world’s biggest economies in the next 5 years.

One of the points of the meeting held on 4 July was to speak about how data can be used to optimise operations and provide transparency to the population. The Indian government seems to have recognised that data is the next oil and that it should be a public good above all else.

Does data hold the potential to propel India into almost doubling its annual GDP?

The Survey is a document that is presented to the Union Finance Ministry before the annual Budget meeting. This is done to take an inventory of what the nation’s economy is like and influences the decisions that will be made in the Budget session.

The Survey provides valuable information regarding the current direction of the Indian economy, along with identifying potential pain points and areas of improvement.

One of the more ambitious data-based undertakings of the Indian government is the Open Government Data Platform. This, in turn, was driven by a strong data sharing policy known as the National Data Sharing and Accessibility Policy.

Even as the intent of policy being to enable transparency of data to the population, it did not take off when it first launched in 2012. As the focus of the country on data science applications grew, the platform also began being updated regularly. It is now a place where citizens and data scientists alike can access government data.

This seems to be the avenue that Krishnamurthy wishes to pursue, as he stated:

This approach means that the country could see a data renaissance of sorts, as collecting and managing data becomes more important. This seems to be the views of the CEA as well, as he stressed upon the importance of clear cut data points in creating new regulations.

Among other things, he also identified the importance of making data available as a completely public good, and how the government must focus on investing in infrastructure for this purpose.

The regulation of data and the added benefits of doing so are sure to present a new method of approaching it. Moreover, dedicated infrastructure such as the proposed AIRAWAT platform will surely incentivise India’s GDP growth to one of the top positions in the world.

Why This Year Is Different

This year’s report also offers an explanation for the slow GDP growth last year, which dropped from 7.2% to 6.8%. The reason was owing to higher oil prices, which put a dent in the economy owing to the nation’s dependence on fossil fuels.

However, one of the new takes in this year’s Survey comes in the form of a renewed focus on data as a public good. Newly-appointed Chief Economic Advisor Krishnamurthy Subramanian has increased the focus towards data being in the public domain. While this is not the first time the government has undertaken data as a priority, it seems promising in the age of rising AI adoption.

Ola’s $250 Million Funding For EVs Is Just The Tip Of The Iceberg. Here’s What The Manufacturers Are Up To