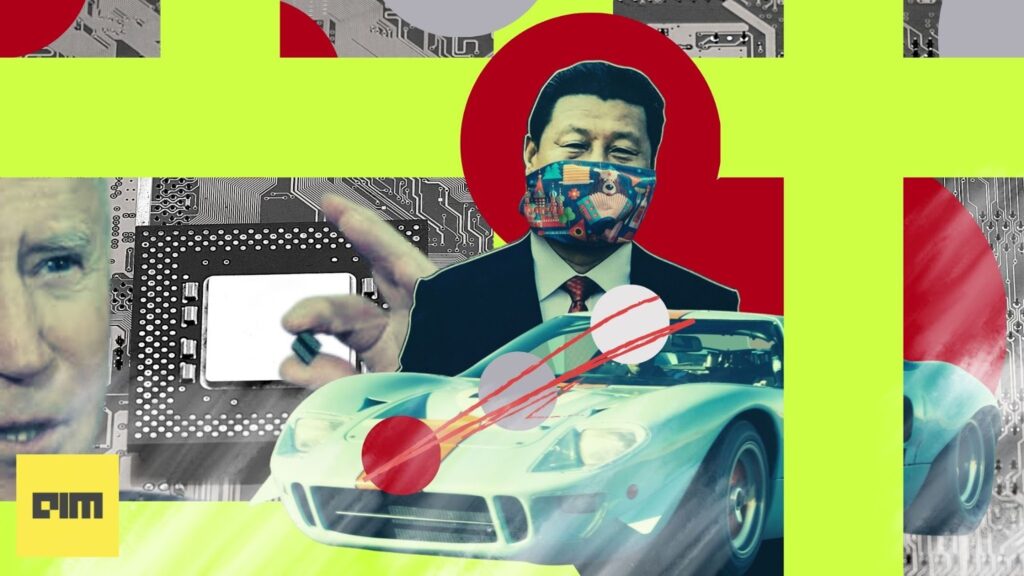 Earlier this year, semiconductor shortage slowed down the production of automobile giants such as General Motors, Ford, Toyota and Nissan, etc. In February 2021, General Motors said it could lose up to $2 billion because of the global chip crisis, which led to a temporary shutdown of some of its auto manufacturing plants.

Goldman Sachs said the disruption of the global chip supply chain had affected as many as 169 industries. Ford CEO Jim Farley said the called shortage ‘perhaps the greatest supply shock’ he’s ever seen.

The US chip industry accounts for about 47 percent of the global market share in sales, but has only 12.5 percent in chip manufacturing capacity, as per Semiconductor Industry Association (SIA). However, the industry’s worldwide sales are expected to touch $527.2 billion in 2021, a 19.7% increase from the 2020 sales total of $440.4 billion.

AMD CEO Lisa Su had said due to the shortage of chips, the company is proposing higher-end commercial CPUs and gaming processors over lower-end PC chips. On the other hand, Intel plans to invest about $20 billion in setting up two major factories in Arizona.

President Joe Biden has ordered economic and national security experts to look for gaps in the semiconductor supply chain in the US and plans to minimise reliance on other countries to design and manufacture semiconductors. Biden and his top advisers currently view the semiconductor shortage as a “top and immediate priority.”

On the other hand, India doesn’t have any operational wafer fabrication plants and depends heavily on imports. Since 2013, India has spent $169 billion on oil imports, $54 billion on gold imports and $31.5 billion on electronic imports. It’s high time the country started focusing on building technology capabilities to design and manufacture semiconductors locally

According to SIA, about 75% of global semiconductor manufacturing capacity, for example, is concentrated in China and East Asia, a region significantly exposed to high seismic activity and geopolitical tensions. Plus, 100% of the world’s most advanced (below 10 nanometers) semiconductor manufacturing capability is currently located in Taiwan (92%) and South Korea (8%). These advanced chips are essential to America’s economy, national security, and critical infrastructure.

Why is there a shortage of chips?

The global chip shortage crisis was a result of Covid-19. Everything moved online, and the demand for computers surged, leading to a massive supply chain crunch. China’s production slowdown for half of last year compounded the crisis. As a result, many companies had to make alternative arrangements.

The auto industry felt the heat of chip shortage as most cars today use advanced semiconductors to run complicated computer systems. The industry experts said the crisis would persist deep into 2021.

The demand for semiconductors will only increase in the coming years, with new 5G telecom networks, cutting-edge smartphones, IoTs, etc., driving the growth.

According to App Data Report 2021, in the wearable, home and accessories category, tech giant Apple saw 243% growth. AirPods alone is a $10 billion business. Meanwhile, Apple is trying to reduce its dependence on suppliers in China by having the Airpods Max made in Vietnam. The headphones are being assembled by the Chinese companies Luxshare Precision Industry and Goertek.

China has now reached a self-sufficiency rate of 70% in chip manufacturing. Huawei has successfully developed its in-house premium-tiered chip, Kirin, for 5G equipment and flagship smartphones.

Based in Taiwan, TSMC is one of the world’s largest suppliers of semiconductors and is located off the coast of China. Recently, China approved the Anti-Foreign Sanctions Law, which lets them counter the US and EU sanctions over trade, technology, Hong Kong, and Xinjiang.

As per BCG, a fully self-sufficient local supply chains in each region would require at least $1 trillion in incremental upfront investment and result in a 35 percent to 65 percent overall increase in semiconductor prices, ultimately resulting in higher costs of electronic devices.