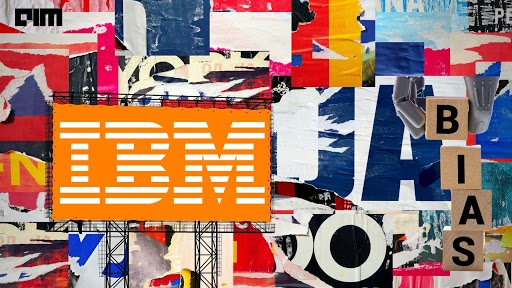 Several studies have shown Google, and Facebook served more advertisements for high paying jobs to men. As a matter of fact, Facebook was found to be in violation of the Fair Housing Act for allowing real estate developers to target users by using protected data such as race, gender, age and more.

Unfairness and bias in target advertising are not new. However, it has been cascading into a significant menace of late as ad campaigns get more aggressive. To address this, IBM is in the process of building an artificial intelligence tool to help marketers reduce bias in targeted advertising.

IBM Watson Advetising’s research initiative will leverage open-source AI technology, developed by IBM, to probe the prevalence of unwanted bias in advertising. Many reports have surfaced the prevailing discrimination in advertising. That said, fairness and bias don’t render to easy definitions in the ad industry. What looks like targeted advertising for one person could look unfiltered racial bias for another.

This ethical dilemma in advertising has been gnawing at the technology companies such as Google and Facebook. The tech giants, who are also the world’s biggest ad sellers, have been in the crosshairs of US regulators for enabling biased targeted advertising on their platforms.

“We find ourselves at a moment in history where a long-overdue discourse on socioeconomic inequalities is dominating the national agenda and compelling action,” said Bob Lord, Senior Vice President, Worldwide Ecosystems at IBM. “Our hope is that AI can be the catalyst for reducing unwanted bias in advertising, just as it is helping to transform the advertising industry as it rebuilds for an era without third party cookies. Through this research we are taking an important first step toward that goal, applying scientific rigor to determine just how big of an impact AI can have.”

Now, IBM is looking to tap into the power of Artificial Intelligence systems to detect bias and redirect the ads more fairly. To ensure the best results, the company is pooling its best resources, including the Watson platform. In addition, to mitigate the unintended bias in advertising, the company wants to identify grey areas to improve and refine.

IBM Watson Advertising will collaborate with IBM Research with the support from the Ad Council as part of the study. The major research areas include:

Incidence of bias in advertising: The prevalence and frequency of bias in campaigns through the analysis of performance data.

Role of signals in determining bias: How heavily signals, which refer to the context in which an advertisement is delivered, impact bias.

For this initial research phase, IBM will use data from the Ad Council’s “It’s Up to You” COVID-19 Vaccine Education initiative. The AI Fairness 360 toolkit will be used to look at the data and identify ways to whittle down discrimination and bias.

“Collective bias has been prevalent in our industry for far too long, and the need to study its origins and impact is critical so that we can effectively work together to create progress,” said Lisa Sherman, President and CEO at the Ad Council.

Though the outcome could benefit the advertising industry as a whole, it might also specifically help individual campaigns: The theory being, lesser the bias, the more outreach an ad has.

“There’s a whole group of people who are just secluded because the campaign itself is optimizing them out,” Robert Redmond, IBM’s head of AI advertising product design, told Marketing Brew. The product piPeline is still in the works, but IBM could offer the anti-bias tech to media agencies or brands.