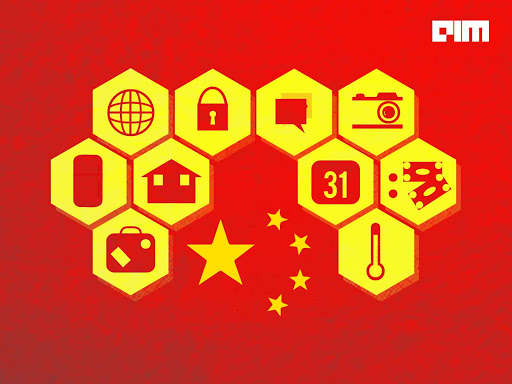 According to a new report, China is gearing up to overtake the US to become the largest Internet of Things (IoT) market in the world by 2024. The Red Dragon’s IoT expenditure is projected to cross $300 billion in the next three years. The report further said the country would account for 26.7 percent of the global  IoT spending.

Here, we dig into the efforts China has put in to climb to the top of the IoT ladder.

In the past, several reports and studies have shown China’s growing prowess in the IoT sector. A Morgan Stanley report in 2020 claimed the IoT investment between 2020 and 2030 is estimated to be up to $27 billion.

A 2018 report by the US-China Economic and Security Review Commission said China’s state-led approach to IoT had put the country at a pole position in the IoT race. The report said, “China has laid a solid groundwork for a comprehensive roll-out of fifth-generation wireless technology (5G), which will make the IoT faster and more effective, relying on a whole-of-country approach that has created an entire ecosystem for domestically manufactured 5G technologies and furthered their inclusion in international technical standards.”

The country had launched the Made in China 2025 initiative in 2015 — modelled on Germany’s Industrie 4.0 and aimed at boosting the country’s IoT manufacturing.

A significant component of the Made in China 2025 initiative is ‘Internet Plus’. It provides a broader strategy for promoting IT and smart technologies by integrating mobile internet, cloud computing, IoT initiatives, and big data. Notably, initiatives like this, aka as ‘technology nationalism’, aim to reduce China’s dependence on foreign technology, much to the dismay of the Trump administration. It is also perceived as a major factor behind the US government’s ban on China-based tech companies such as Huawei.

Today, China continues to accelerate its bid for the leadership position in key technologies such as IoT. Reportedly, the government is planning to invest more than a trillion dollars for rolling out technologies ranging from wireless networks to AI to IoT.

As per a report, the main areas of IoT use cases in China include consumer electronics, automation, industrial, transportation, and healthcare. The automotive and transportation applications hold the largest market share based on application. The application areas include — speed monitoring, traffic counting, and navigation.

Narrowband IoT (NB-IoT) is quickly emerging as the top trend in IoT technology, especially in China. NB-IoT is a lower power wide area technology which enables a range of IoT devices and services. It improves the power consumption of devices, system capacities, and spectrum efficiency. Notably, a significant part of NB-IoT modules was also shipped outside of China, especially to combat COVID-19 in use cases such as door status trackers and contactless body temperature sensors.

NB-IoT is already in use for intelligent road management, asset tracking, smart home appliances, and smart locks. With its deployment in utilities, households, industries, and even GSM connections, NB-IoT has become as significant as LTE. By 2022, NB-IoT is expected to reach over 26 percent of the cellular IoT connections. Network providers China Unicom and China Telecom have attracted 20,000 industrial IoT companies and 50 million individual customers, respectively, through more than 400,000 NB-IoT base stations.