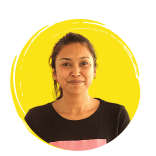 Despite witnessing an increase in engagement on some of its platforms, like Messenger and WhatsApp, Facebook has admitted that its ad business is getting adversely affected especially ”in places hit hardest by the COVID-19 coronavirus.

In a recent blog post — Keeping Our Services Stable and Reliable During the COVID-19 Outbreak, the company discusses the increased usage of its products in areas hard-hit by the outbreak, such as Italy. Facebook stated, “As the pandemic expands and more people practice physically distancing themselves from one another, this has also meant that many more people are using our apps.”

Further adding, the post said that the company has “received questions about revenue,” and said, although much of the increased traffic is coming from messaging services, people are also using “feed and stories products” to get updates from other users.

“At the same time, our business is being adversely affected like so many others around the world,” the post stated. “We don’t monetize many of the services where we’re seeing increased engagement, and we’ve seen a weakening in our ads business in countries taking aggressive actions to reduce the spread of COVID-19.”

Facebook came up with this announcement one day after Twitter announced to withdraw its revenue and profit forecast for the first quarter as well as its outlook on costs for the full year, because of the potential impact of the COVID-19 outbreak on the demand of the advertisers. According to the media, Twitter’s usage is up, but this coronavirus severity will be likely to weigh on advertisement budgets.

Facebook, in Italy, specifically, has seen up to 70% more time spent across its apps since the crisis arrived in the country. Instagram and Facebook Live views doubled in a week. Analysts wrote that channel checks showed lower spending in travel, retail, consumer packaged goods and entertainment, which together represent 30% to 45% of Facebook’s total revenue. They also wrote that six of the largest 10 advertising countries were “currently COVID-19 hotspots.”

Facebook stock dropped slightly after hours on the news, after rising more than 8% during a record day for market gains.

How Pandemic Affected The Time Series Models In Production: An Insider’s Perspective

How Is TCS Helping With COVID-19 Testing In India