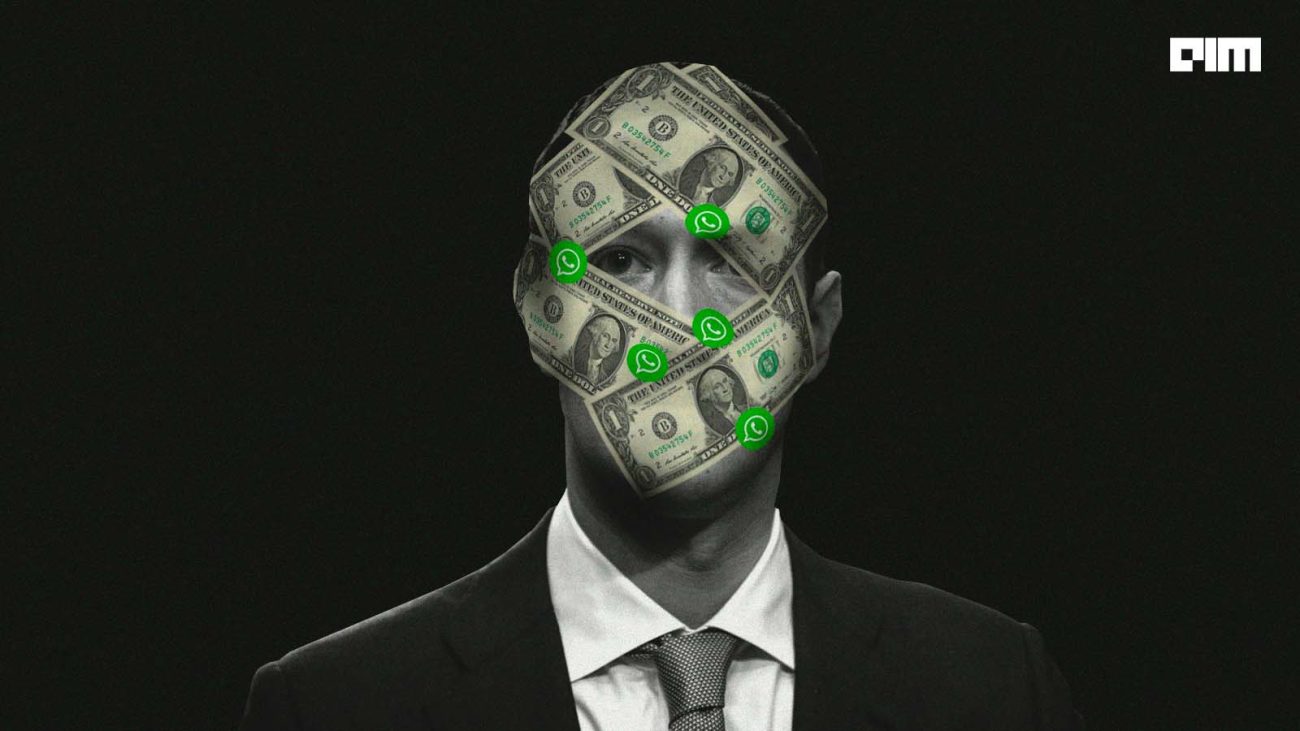 On May 19, CEO Mark Zuckerberg said WhatsApp was now open to businesses of all sizes around the world through Cloud API. However, enterprise business is not new to Meta. The tech giant took a stab at the enterprise business with the launch of collaboration tool Workplace–positioned as a competitor to Slack–in 2016. However, it failed to make a big impact, with just seven million paid customers in 2021. To put things in context, Microsoft Teams had more than 145 million daily active users in 2021, and Slack had 12 million daily active users the last time it published the data in (2019).

Meta acquired WhatsApp in 2014 and, to date, did not make money from it. Hosted on Meta’s infrastructure, Cloud API will be the company’s first revenue-generating enterprise product.

Over a billion users connect with a business account across Meta’s multiple messaging services app every week. “Any business, irrespective of their size, can easily access the new service, built directly on top of WhatsApp to customise their experience and speed up their response time to customers by using WhatsApp Cloud API hosted by Meta.

“And this is an important step to help more businesses connect with people and help more people message the businesses that they want to support – big and small,” Zuckerberg said.

Earlier this year, Meta completed the acquisition of Kustomer in a deal worth USD 1 billion. Kustomer enables omnichannel communication for consumers via phone, email, text messages, messaging platforms like WhatsApp, and social media platforms like Instagram.

By integrating Meta’s messaging and social media platforms with Kustomer’s platform, the company is looking to gain a foothold in the enterprise business segment. Meta is also venturing into real-time, omnichannel CX management.

Most of Meta’s revenue comes from selling ad space and monetising data. Though it has dabbled in enterprise business, Meta is still a social media company at its core.

However, Meta has a huge competitive advantage, thanks to the treasure trove of user data spread across platforms like Instagram, Whatsapp and Facebook. WhatsApp alone has around two billion users.

According to a Statista report, the revenue in the enterprise software segment is projected to grow from USD 243.30 billion in 2022 to USD 344.40 billion by 2027 at a CAGR of 7.2 percent for the forecast period.

The pandemic has been a major driver for the enterprise software segment: Focus has shifted to software solutions that help companies manage their internal and external processes.

Further, the adoption of enterprise application software is on the rise. As a result, industries such as healthcare and pharmaceuticals are expected to invest a lot in enterprise softwares.

But was this Zuckerberg’s vision when he bought WhatsApp eight years ago? During its acquisition, Zuckerberg said ads are not the right way to monetise messaging systems. However, later WhatsApp cofounders Jan Koum and Brian Acton allegedly left the company over differences with the Facebook top brass over putting ads on the platform. Meanwhile, the enterprise route to monetise WhatsApp has been in development for a couple of years.

The primary function of launching WhatsApp API is to help businesses seamlessly connect with their customers. However, given Meta’s scandalous past, would enterprise customers still bet on Meta?

Be it the USD 9.5 million lawsuit that followed after the launch of the Beacon programme in 2008 or the Cambridge Analytica scandal in 2014, Meta has a bad reputation.

In fact, Meta was fined USD 122 million in Europe for providing “incorrect or misleading” information to competition regulators during its acquisition of WhatsApp.

In 2021, whistleblower Frances Haugen disclosed tens of thousands of Facebook’s internal documents to the Wall Street Journal and the Securities and Exchange Commission (SEC).

Over the years, Meta has faced multiple lawsuits, and questions have been raised on user privacy concerns and anti-competitive practices.

Is Meta moving away from its business model?

Despite witnessing increased engagement on some of its platforms, like Messenger and WhatsApp, Facebook’s ad business is not thriving exactly, especially in places hit hardest by the COVID-19 pandemic.

“We don’t monetise any of the services where we’re seeing increased engagement, and we’ve seen a weakening in our ads business in countries taking aggressive actions to reduce the spread of COVID-19,” according to Meta’s blog.

In 2022, Meta reported the slowest sales growth in a decade and cut its revenue guidance. Since its past quarterly results in February, Meta has lost half of its value after it reported a decline in daily active users for the first time. Meta’s shares have also dropped significantly this year, and the company recently announced a hiring freeze.

Meta is betting big on the Metaverse and is expected to invest billions of dollars in the coming years. However, not every project undertaken by Zuckerberg has worked. The stablecoin Libra, later renamed Diem, is a good case in point. Given Metaverse is a fledgeling domain, it makes sense for Meta to be bullish on enterprise business to keep its boat floating.