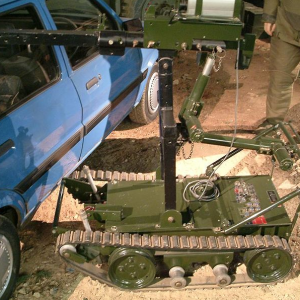 Bomb disposal was one of the first practical applications for robotics. Wheelbarrow, the first bomb disposal robot was created by Peter Miller, who is a retired Lieutenant-Colonel of the British Army’s Royal Tank Regiment (the oldest tank unit in the world).

The brainchild of Peter Miller, Wheelbarrow came into action when the Royal Army Ordnance Corps (RAOC) lost eight Ammunition Technical Officers (ATO) on active duty in Northern Ireland. The robot is basically a remotely controlled wheelbarrow equipped with a Pigstick, a device which fires an explosively-propelled jet of water to disrupt the circuitry of a bomb and disable it. Pigstick was invented by Major Robert John Wilson Patterson.

The collaboration of a wheelbarrow and Pigstick took the world by storm. The invention of this bomb defusing robot was one the most vital at that time and saved hundreds of lives. Since inception, wheelbarrow went through many upgrades, the latest upgrade is the Wheelbarrow Revolution which comes with a 360-degree arm that can be load with several other types of equipment. That is not all, Wheelbarrow Revolution can also climb stairs. 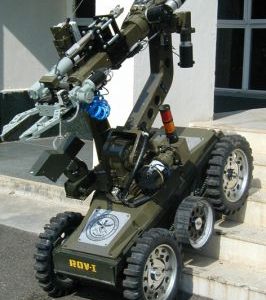 Created by India’s Defence Research and Development Organisation (DRDO), Daksh is a remotely controlled robot (can be controlled over a range of 500m in the line of sight or within buildings) for locating, handling, and destroying hazardous objects safely. Daksh is almost similar to wheelbarrow as it also has some of the same features.

Talking about its functions, this Indian bomb defusing robot primarily focuses on improvised explosive devices (IEDs). Using X-ray vision, Daksh identifies IDEs and pick them up with the gripper arm and disables it with a jet of water. That is not all, Daksh is also loaded with a shotgun that can be used to take targets down and open locked doors. 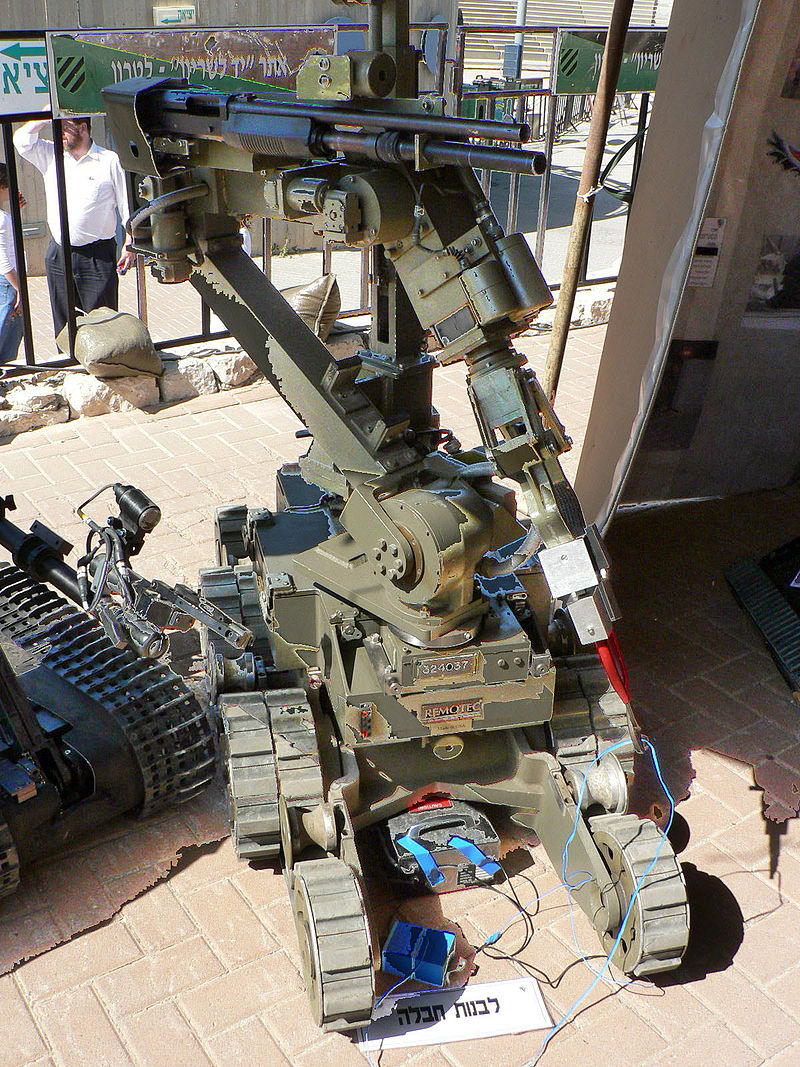 MarkV-A1 or Mark5-A1 is another top-tier bomb-defusing robot. The brainchild of the Northrop Grumman, Markv-A1 was primarily created to handle potential hazards and explosives from outside the danger zone.

This 790 pounds robot has a speed of 3.5 mph and is equipped with a camera that has a 26x optical zoom and 12x digital zoom. With a grip of about 50 pounds of force, the arm of MarkV-A1 can lift up to a 60-pound weight when fully extended. Also, despite the low speed, this robot can travel up inclines to about 45 degrees and has the ability to ascend and descend staircases.

MarkV-A1 might be a bomb disposal robot, but it can also be used to take down enemies — in 2016, Dallas police used MarkV-A1 to kill a gunman who fatally shot five officers. 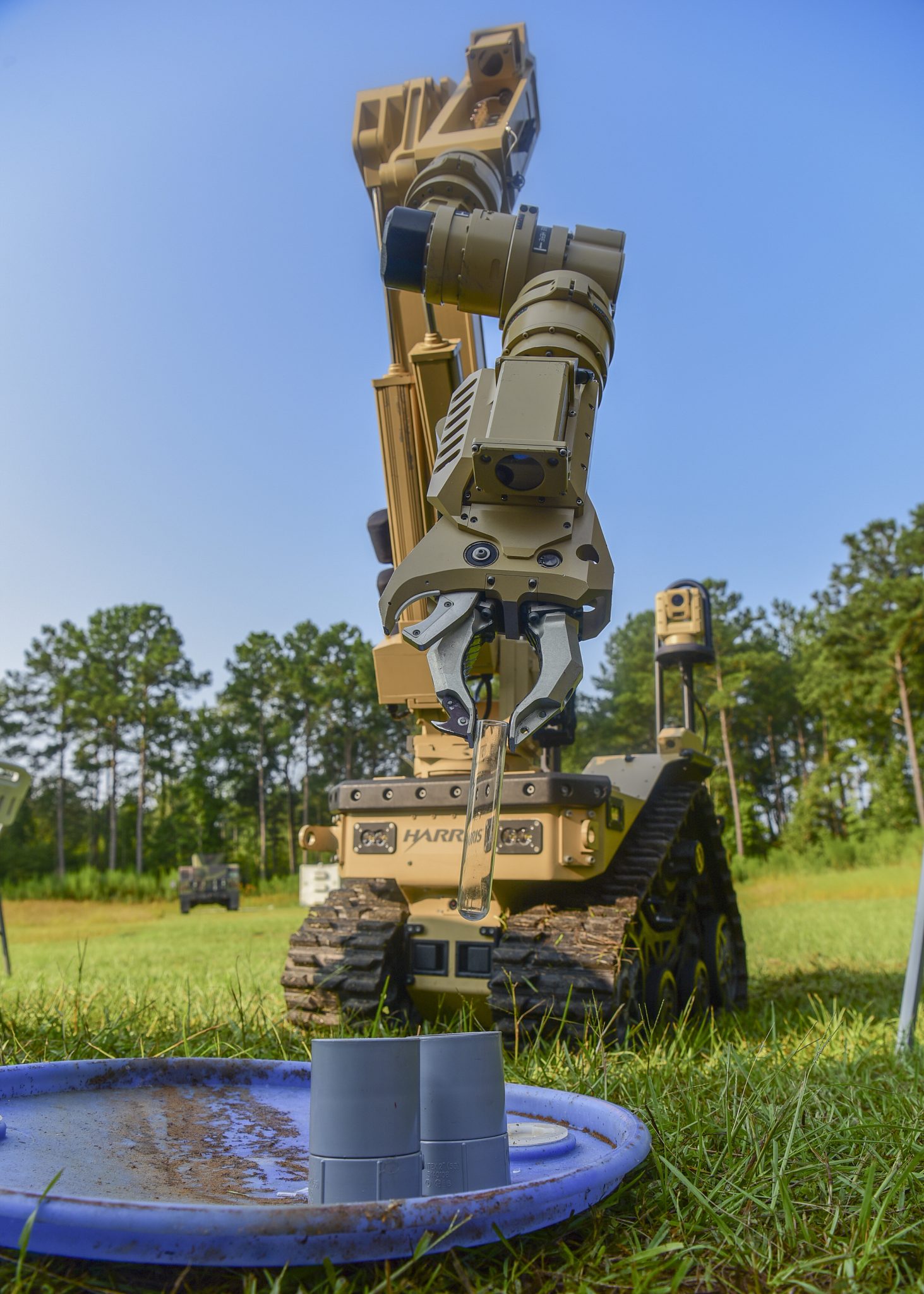 Another top-class bomb defusing robot is Harris T7. Created by US defence contractor Harris, T7 is created in such a way that it is equipped with high-definition cameras, datalinks, and an adjustable manipulation arm, to mitigate and neutralize explosive threats.

Furthermore, Harris T7 has a  haptic feedback function that provides operators with human-like dexterity. With an intuitive control interface, the robot ensures that the operator gets a high degree of command and control. The robot also has several other attachments that help in detecting IDEs planted in vehicles or anywhere else. According to some source, Harris T7 is expected to be delivered to the British Army by December 2020.

There is no doubt that technology has benefited the human race to a great extent and year by year, it just gets better. And talking about innovations like Bomb Disposal robots, it has always been the need of the hour as numerous armed personnel have lost their lives while dealing with explosives.

Currently, witnessing so many advancements coming into the defence arena, it feels really good; after all its not only an Army man’s duty to serve the nation.