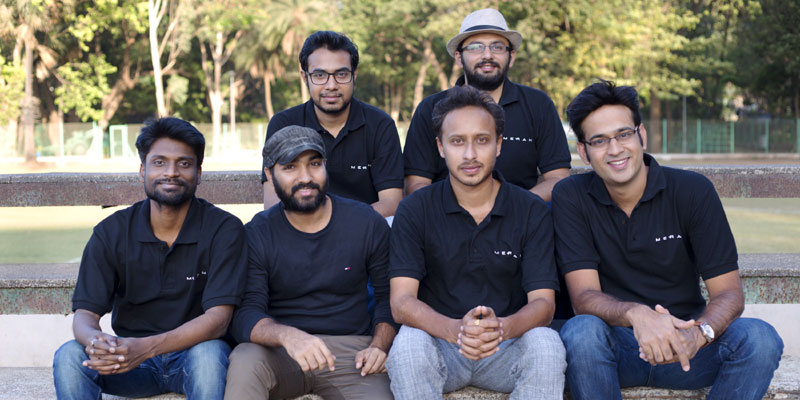 Undoubtedly, VR has moved from the “fad” phase to mass adoption. Filmmakers today acknowledge the power of VR, and are experimenting with new techniques, building stories, and creating experiences in new ways. The VR industry is expected to possibly hit up to $150 billion by the year 2020, spanning across several sectors. Virtual Reality is supposed to be the movie industry’s disruptor.

The London Indian Film Festival (LIFF) will host a panel of leading filmmaker from India and the UK, who shall discuss their work using immersive 360 degree storytelling to drive awareness and change perceptions around themes such as global warming, human trafficking, women’s rights, and caste protests. The panel shall mostly focus on the potential of full interactive VR across the film industry.

How to shoot and watch a film in VR?

A VR sequence is usually shot making use of a cluster of cameras pointing in every other directions. These cameras capture video in 360 degrees. A standard VR generally has 4 to 16 cameras. The footage obtained from the individual cameras is sewn together leveraging a special software. This leads to viewers watching a life-size virtual replica of the scene.

To watch a VR film, users must strap a headset around their eyes. The headset allows them to experience the VR movie on their HD smartphone screens. Moreover, the motion sensors track the tilt of the head, so that the viewer can look around in 360 degrees.

Birth of Meraki Studio in the VR landscape

Movies produced in Virtual Reality are different from classic cinema. As opposed to classic way of watching movies, VR provides a 360-degree immersive experience where the viewer remains at the centre of the action. Moreover, audiences have to simply strap onto a VR headset in order to part of the digital experience, which almost replicates a life-size 3D environment. India is undertaking significant projects using VR.

A Virtual Reality studio from Mumbai is making its way to the LIFF this year. Founded by filmmaker Sairam Sagiraju, and two IIT graduates, Parth Choksi and Agam Garg. Meraki was cofounded in 2015.

Meraki’s productions encompass rich cinematic experiences from five countries, for clients such as Viacom Motion Pictures, Star Sports, Tata Group, and Nestle. This year three of Sairam Sagiraju’s VR flims have been selected to be screened at LIFF. The screening of the VR films will take place at London and Birmingham.

The technology has seen a lot of movement recently, as the Samsung Gear VR, Oculus Rift, and HTC Vive have all been released. However, the landscape still remains wide open for more companies to join. Meraki Studio is headed in the same direction.

Sairam Sagiraju, one of the most exceptional and innovative filmmakers of this era who believes in making use of technology across film industry. Virtual Reality is one of the strongest technological pursuit in filmmaking, and Sagiraju has delivered some brilliant pieces of work. He has brought several firsts to the media through this venture.

As mentioned earlier, three of his VR movies will be screened at LIFF. Bollywood’s first VR talkie, starring actress Radhika Apte is among one of the films selected for screening. Sairam will be present at the event as a part of the Guru Lounge, a VR panel that discusses the possibilities of using ground-breaking medium in films. Sagiraju is also one of the early adopters of VR filmmaking in India.

The filmmaker’s best works include music videos for the Grammy winning album of ‘Winds of Samsara.’ Besides, the first cricket match in VR and Bollywood’s first VR talk are some of the other achievements for the filmmaker.

VR movies from Meraki Studio to be screened at LIFF

Phobia: Radhika Apte-starrer Phobia is the first movie on the list, and a critically acclaimed VR film. The teaser is Bollywood’s first VR talkie, and has been used as a marketing tool before the film’s release.

Shower with me? : This VR experience will leave you trapped in a bathroom, and give you all the chills. This movie stars Anisha Victor, and Director Sagiraju has called it a challenging shoot. He chose not to use VFX for this movie, and created all effects on the location. Viewers are bound to experience spooky immersion, as the movie uses spatial sound that responds to their heads’ movement.

A Mumbai Summer: In this third movie, viewers can port themselves through Mumbai, and relive the magic of the city through a rich VR experience. The movie has been shot at couple of unusual locations. The film impressively presents the city’s several identities.