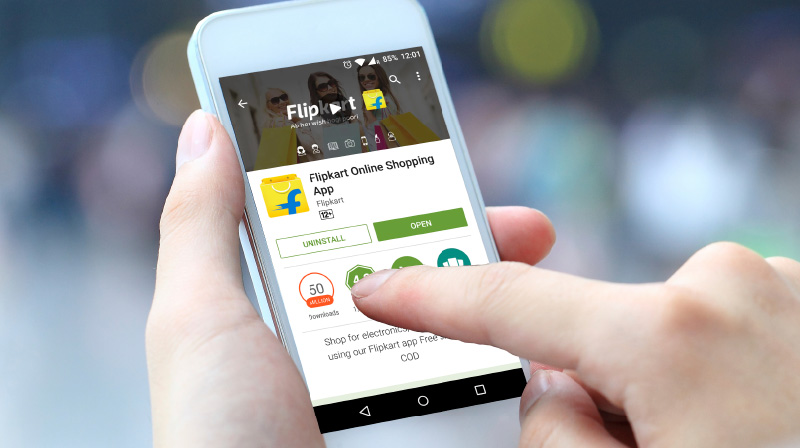 In a move to strengthen its efforts towards furthering its interest in the field of Artificial Intelligence, Flipkart has created a new internal unit devoted to AI.

Bansal was reported saying in an interview that with regards to its deeper foray into AI, Flipkart has already started working towards building its infrastructure and forming collaborations for its hardware needs. Along with recruitment of AI experts, it is also working with premier educational institutions such as the IITs to move ahead in its AI enterprise.

Bansal added that the company would be investing “hundreds of millions of dollars” for this initiative and that they were also exploring acquisitions associated with AI in both India and the US.

“This is the next big thing for us, where we are betting big on the use of AI and machine learning to solve problems at Flipkart. India’s problems are unique and we need to apply AI in the ecosystem to solve Indian problems. We believe that some of the focus areas for AI in developed countries cannot be applied for India. At Flipkart, we will solve problems differently because the underlying problems are different,” Bansal said.

However, Flipkart’s push towards AI is not a new one. The company has been taking steps to bolster it footing in AI for quite some time now.

Myntra, Flipkart’s online fashion wing, found success in its AI-powered ‘fast fashion’ brand, Moda Rapido. It was a product of Myntra’s Rapid Project, which made the idea of clothes designed without human intervention a reality. It also reduced the time required to bring out the latest fashion trend in the market from 180 days to 45 days.

The year 2017 alone has seen many AI-related advances from Flipkart, which has played a key factor in introducing online shopping in India. Earlier this year, it was reported that Flipkart had developed Project MIRA, an AI-based shopping assistant. The project that had been in works since February 2016, was developed with the intention of making the online shopping experience as personal as possible.

It was also reported that the company was collaborating with Microsoft to build its capabilities to apply AI and machine learning-based solutions for easier sales process in the future.

Flipkart’s competitor in this domain, Amazon, has also been investing in AI. It has already employed machine learning and AI in its Amazon Web Services worldwide. In August 2017, Amazon India was looking at hiring over 1,000 people for AI, automation and R&D.