Flipkart vs Amazon – Is The Homegrown Giant Playing Catch-Up In Artificial Intelligence? 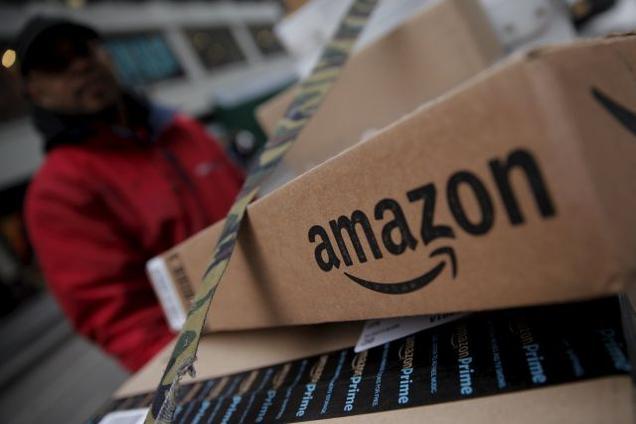 Ecommerce rivals Flipkart and Amazon’s entrenched battles have always made a big splash. The last few years have seen the ecommerce titans lean heavily on Artificial Intelligence to maintain the dominance of being the “everything store” in an omni-channel world.

Can The Indian Unicorn Close The Gap With The World’s No 1 Retailer?

AI, machine learning and robotics makes up Amazon’s tech muscle — it’s a territory that the world’s largest e-commerce company nurtured and built assiduously over the last decade and understood it like no other.

According to investor Vikram Gupta, founder of venture capital firm IvyCap Ventures, taking on Amazon in the AI battle is an uphill task. “Amazon is a strong company one with a very long-term strategy. And it will not be easy for Flipkart to go against it,” he said reportedly, talking about the Seattle giant’s heft in the world ruled by AI, robotics and machine learning.  Amazon is leaps and bounds ahead of the market in using these new technologies and will remain the #1 retailer in the world over the next 5-7 years, Gupta asserted. Earlier this year, Amazon made news for plowing in over INR 13,800 crore in its India market, significantly ramping up machine learning and artificial intelligence to increase the market share in the country.

Flipkart Doubles Down Its AI Efforts With AIforIndia 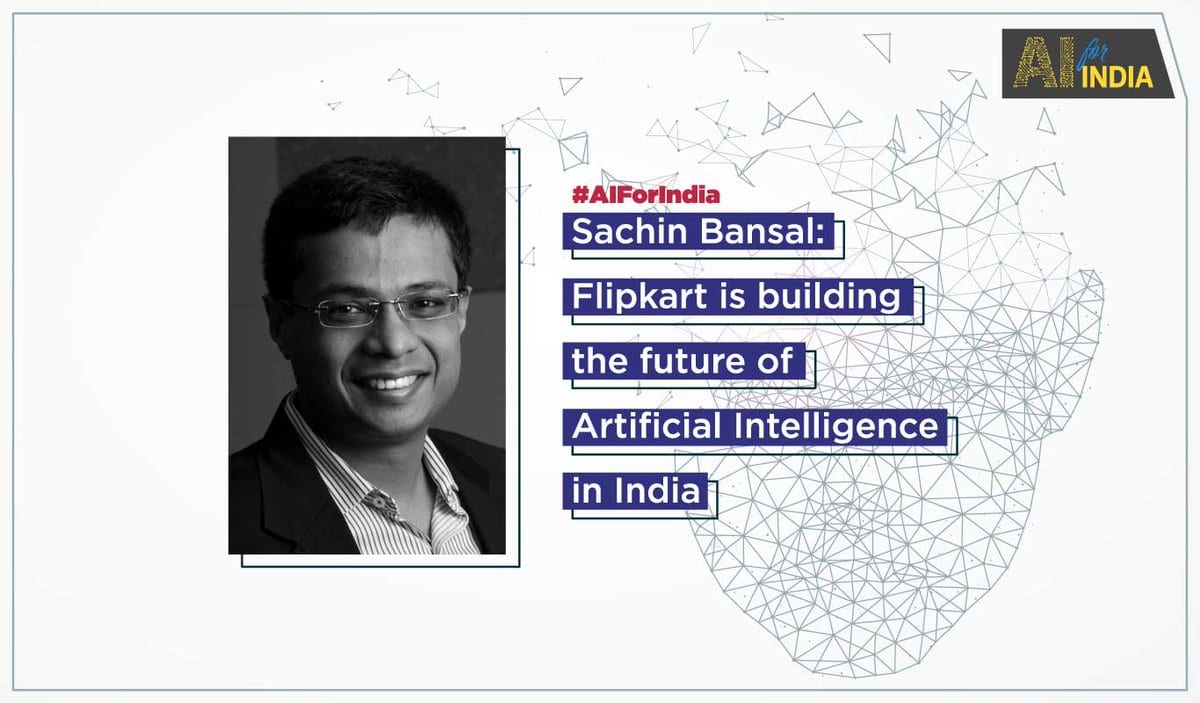 Meanwhile, India’s biggest ecommerce firm Flipkart responded with its own AI business unit, announced earlier this week. Recently, Flipkart made a big push in AI by setting up their own internal unit called AIforIndia – a massive attempt to put machine learning and AI at the core of its business. According to news reports, the new AI team will be headed by chief data scientist Mayur Datar along with Bansal and Flipkart chief executive Kalyan Krishnamurthy.

And Flipkart has got another ace up its sleeve — a massive database of 100 million users and a 6-year head start over Amazon India that launched in 2013, while Flipkart was born in 2007. That’s the reason experts believe Flipkart has doubled down its efforts in AI capabilities and launched AIforIndia. The company which has been operating for a decade is sitting on a goldmine of user data which it will leverage to run specific projects using AI.

Sachin Bansal, executive chairman of Flipkart said this reportedly about the launch of AIforIndia, “So far, the use of AI has been moderate. While there are some interesting projects in the marketplace, such as customer support, search and personalization, AI will become a big gamechanger and there will be many innovations in this space in the next year”.

In This Article, We Drum Up Specific Use Cases Demonstrating How The Homegrown Giant Is Playing Catch-Up With Amazon In Certain AI-Based Solutions 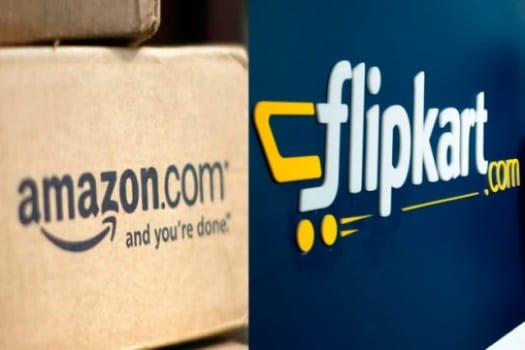 Using AI To Predict Sales: Earlier in February, Flipkart entered into a strategic cloud partnership with Redmond giant and agreed to make Azure its exclusive cloud-computing platform. Microsoft invested $200 million, to build those capabilities. According to reports, Vinay YS, VP engineering at Flipkart the company was looking for ways to optimize merchandising and offer placement using AI and ML.

Industry reports indicate that Flipkart is building an AI-based solution that will help in making smarter decisions when it comes to ordering, distribution and pricing products on its platform. Ultimately, the AI system will allow Flipkart to boost efficiency and reduce the cost of products for customers. Elaborating on the solution Flipkart’s principal scientist Krishnendu Chaudhury told a daily, the company is building technology to predict sales, or how many units of a specific product will sell. So far, Flipkart hasn’t filed a patent for its Sales Prediction Engine.

Meanwhile, the world’s no #1 retailer has a mature Sales Prediction Engine that helps the retailer ship products before an order is even placed. Amazon filed a patent for Method and System for Anticipatory Package Shipping in 2012.  The benefits are manifold – making accurate shipping predictions before the orders are finalized predicting has increased sales and significantly reduced inventory,  shipping and supply chain costs. Here’s the algorithm behind it – the patent reveals a forecasting model which uses data from previous activity such as time spent on site, links clicked, shopping cart details  combined with real-world information such as customer queries to come up with a “decision support for speculative shipping of items,” as per the patent. 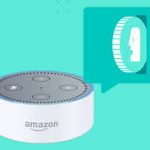 Voice Commerce: Given the future of search is voice, Amazon has already made a huge play in this area with digital voice assistant Alexa which is leading the voice commerce wave. Earlier in October, Amazon shipped Amazon Echo device in India that understood Indian accents. “We wanted our devices to talk, walk and feel Indian. Alexa is not a visiting American, she has a very Indian personality,” Parag Gupta, head of product management for Amazon devices in India. Voice activated purchase in India is a relative new phenomenon, but Amazon has made a head-start by aggressively marketing its Echo product line. The introduction of Amazon Echo in India is a clear indication of how Amazon wants to close the sales gap with voice commerce.

Meanwhile, Flipkart is definitely eyeing a future where users can place order in their native language. The Indian ecommerce giant continues to invest in AI and machine learning with Project Mira Flipkart which was soft launched last year. Ram Papatla, VP, Product at Flipkart shared this to a financial daily, “This February we launched the first version of our conversational search experience. Now, our users with broad intent (searching for, say, shoes or bedsheets) are guided by relevant questions, conversational filters, shopping ideas, offers and trending collections”.  Project Mira is also trying to solve cart abandonment and frequent returns.

Product Recommendations: Amazon pioneered the item to item Collaborative Filtering approach. According to Amazon’s paper, unlike the traditional collaborative filtering, the algorithm’s online computation scales independently of the number of customers and number of items in the product catalog. The algorithms produce recommendations in real time, scales to massive data sets, and generates high quality recommendations. Amazon.com leverages recommendations as a targeted marketing tool in many email campaigns and on most of its Web sites’ pages, including the high traffic Amazon.com homepage, the paper cites.

On the other hand, Flipkart has also made serious headway in the visual recommendation space. The homegrown giant published a paper on Deep Learning based Visual Recommendation that tackles an important problem in the ecommerce space –image-based search or visual search where the end goal is to enable users to search for products by uploading a picture of an item they like. The paper solves the complex problem of finding an exact match for the query and also ruled out near-duplicate items from the catalog. The deep CNN architecture for visual recommendation system was launched with much user satisfaction and today this end-to-end solution powers visual recommendations for all fashion products at Flipkart. It also supplements the existing collaborative filtering based recommendation module in order to alleviate the “cold” start issue.Reportedly, the company has also forged partnership with IIT Kharagpur to work on a recommender system that can upsell by urging the customer to upgrade to more upmarket products.