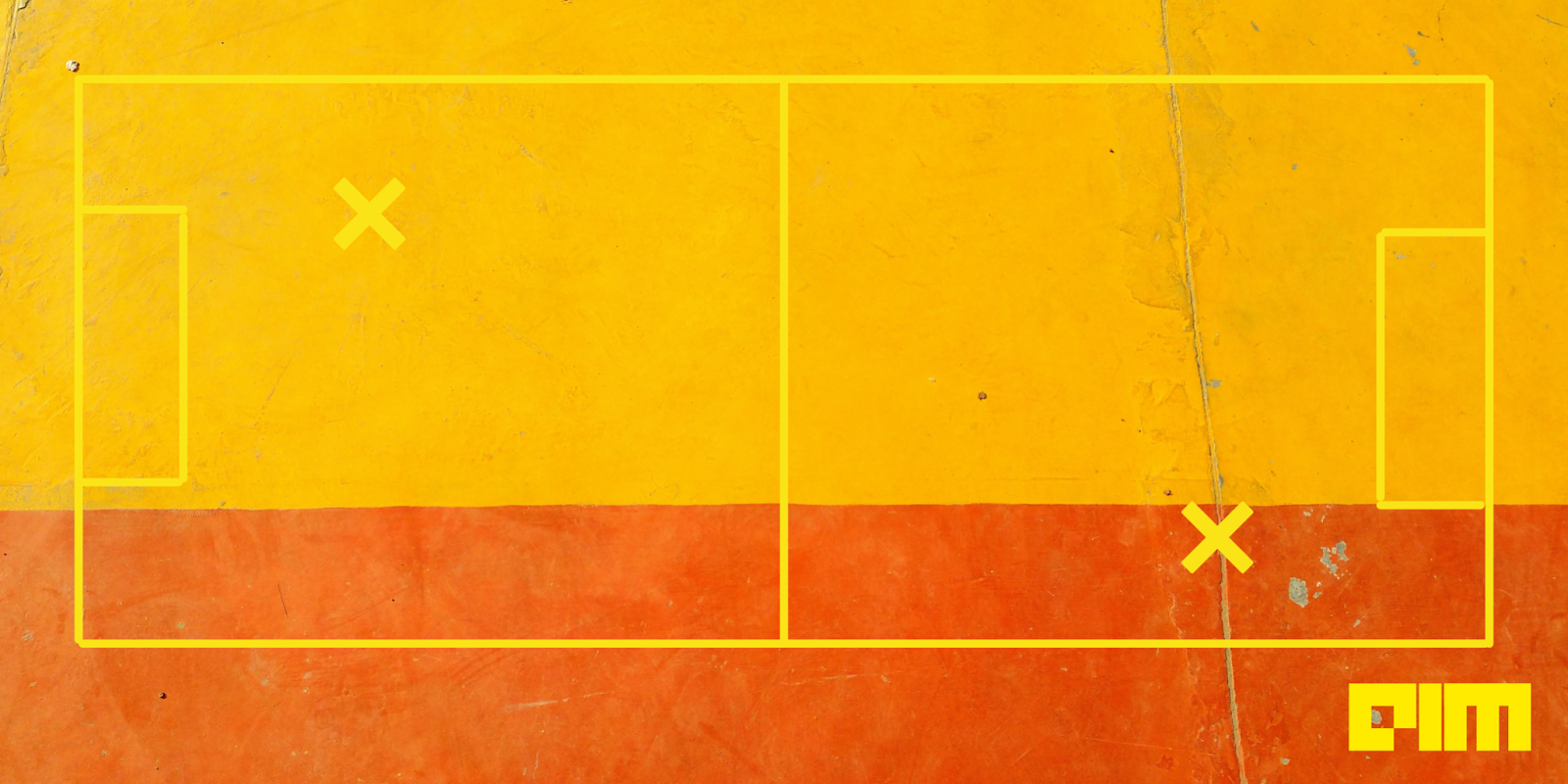 “A penalty kick in football could be modelled as a two-player zero-sum game, a game where one player wins as much as the other loses.”

There are many factors that separate the elite from the rest. The difference between winners and losers sometimes boils down to how well one has exploited vast amounts of data. The advantages are more statistical in nature than we would want to believe. Football is one such sport, where analytics has played a significant role. From signing million dollar contracts to positioning a player, the coaches have a lot of data to devour. But, we are in the 21st century and nothing loves more data than machine learning algorithms. Now DeepMind researchers want to bring these advantages to football.

Scoring With High With AI

Data Analytics has made its way into most fields—and the realm of sports is no exception. The availability of sports data has been rising in recent years. A commonly employed example of this in football is Expected Goals (xG), a performance metric used to evaluate football team and player performance. This metric measures the quality of a shot based on criteria like angle, distance from goal, the probability of scoring a goal—to name a few.

In recent years, the amount of data available in football has increased with sensors, GPS trackers and computer vision algorithms to track how players move and how the ball moves. Despite this, machine learning and AI have only come into use to derive insights and make decisions in sports. Keeping this in mind, researchers working for DeepMind and Liverpool Football Club (LFC) published a paper exploring the use of AI in football in the Journal of Artificial Intelligence Research.

DeepMind’s research aims at using AI to combine computer vision, statistical learning and game theory with helping teams spot patterns in data. This is because of the importance of interactive and sequential decision making in the sport (cooperative and competitive), where game theory becomes important; solutions to particular in-game situations, where statistical analysis and machine learning predictions can help; and image and video inputs that can help track and recognise game scenarios with ease.

To help with their analyses, DeepMind augmented a game-theoretical framework using the platform Player Vectors, which uses human expertise and machine learning systems to characterise the playing styles of individual football players. Using this, they were able to model a situation in a game-theoretical framework and derive insights on shooting strategies. Game theory is considered to be an essential element in the research and the general study of sports. For example, something like the penalty kick in football could be modelled as a two-player zero-sum game, a game where one player wins as much as the other loses. By conducting game-theory simulations such as this, they were able to identify shooting strategies of groups where each group had players that play with similar styles. Hence, by noticing who tends to shoot to the left and who prefers to shoot rightward or to the centre—teams can optimise their playing strategies.

According to the researchers, interactions between game theory and statistical learning would further enhance sports analytics. Researchers suggest that one can do this by using Player Vectors to provide deeper statistical analysis on how decisions are made. An example of this is ‘ghosting’, a type of data-driven analysis that showcases how players should have acted (against how they actually played). Hence, this method projects multiple trajectories of what could have happened. This would allow team players to analyse critical situations and see how alternative strategies could have played out. If a player figures out a better method via the ‘ghosting’ method, they will want to factor it into their actual game the next time they play.

Finally, computer vision would allow the detection of events purely from video. Here, team managers could use AI algorithms to recognise certain strategies and derive insights directly from the video. For example, DeepMind used a stylised visualisation of a deep learning model with methods to identify target events, such as kicks, straight from the game’s video.

DeepMind’s research revolved around creating an Automated Video Assistant Coach (AVAC) to employ these three fields to make it an effective platform. It will use interactive decision-making, from game theory and statistical learning; effective video predictive models, resulting from statistical learning and computer vision technologies; and strategic video generation models, from game theory and computer vision. These advances would be pivotal to decision making in football. The researchers claim that his new system is capable of reducing the human error that comes with human coaches and allow for the hands-on tactile coaching that would be possible with football coaches and managers.