Ford, Lyft And Argo AI Come Together To Deploy Robotaxis

Ford announced its plan to make robotaxis five years ago. 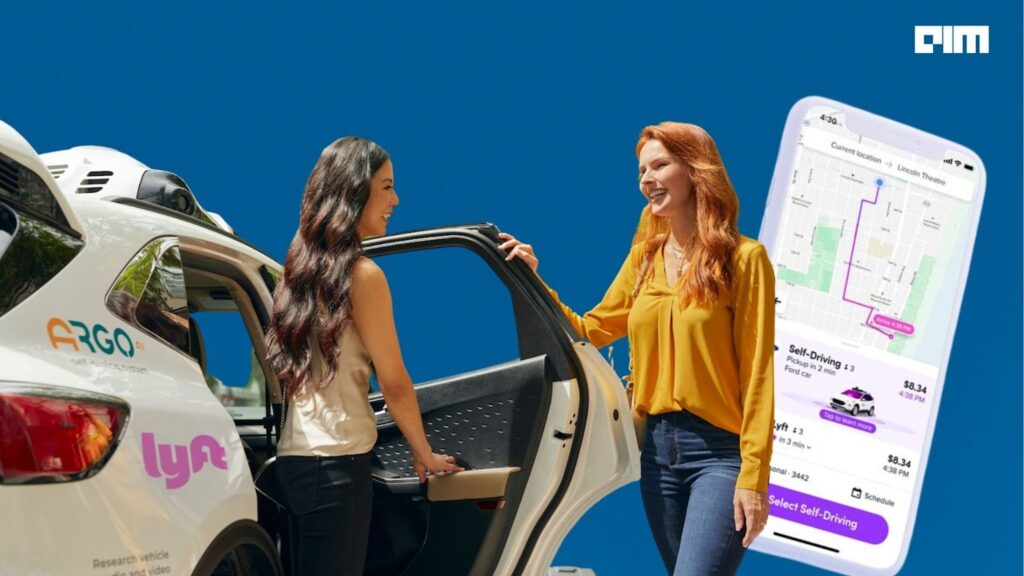 Ford Motor and Argo AI have partnered with Lyft Inc. to launch a self-driving ride-hailing service. The team plans to roll out around 100 self-driving Hybrid Ford Escape SUVs in Austin and Miami soon. The company is also laying the groundwork for deploying more than 1,000 vehicles across six US cities.

Ford announced its plan to make robotaxis five years ago and has invested in Argo AI. Meanwhile, Lyft is getting a 2.5% stake in Argo in return for access to the former’s fleet and safety data.

“This collaboration marks the first time all the pieces of the autonomous vehicle puzzle have come together this way,“ Lyft’s CEO Logan Green said,  “Each company brings the scale, knowledge and capability in their area of expertise that is necessary to make autonomous ride-hailing a business reality.”

Ford, Argo and Lyft are following in the footsteps of Waymo. A subsidiary of Google’s parent company Alphabet Inc, Waymo launched its ride-sharing service in 2020 in Phoenix. Bryan Salesky, Argo’s chief executive officer, said his initiative is more complex than the prior autonomous vehicles services. Salesky has worked on the Google self-driving program and was the software lead on the Carnegie melton team that won the DARPA urban challenge.

The robot taxis will be accompanied by two human minders initially: a backup driver to take over the wheel if needed; and another to monitor the operations.

Passengers will have the option to choose an autonomous vehicle while booking a cab on the Lyft app. The car won’t be restricted to pre-approved routes. It would be like hailing any other vehicle today, except that it is robot-driven, Salesky said in an interview.

Lyft has a goldmine of driver data including information on; demand for ride-hailing services, hotspots and pricing dynamics. The company will share the data with Argo to help it design algorithms to determine where to deploy AVs, pick up and drop off locations and optimal routes. It will also help them decide on areas where self-driving cars can have a positive impact.

Most importantly, Lyft is providing safety-related data points such as hotspots for car crashes, average speeds and risky areas for driving. This will create a localised safety baseline for Argo and provide a direct safety record for reference rather than just national aggregate data. Salesky said the detailed data will help accelerate the robotaxi rollout.

“We are already able to demonstrate that our technology can deal with a diversity of complexity in cities—from unpredictable drivers in Miami to chaotic roundabouts in Washington D.C to the unique “Pittsburgh Left” in our hometown,” Salesky said.

Autonomous rides come at the same price as human-driven Lyft rides. The idea is to help the customers transition to self-driving cars by giving them the sense that robot-driven Lyft cars are like any other ride. Lyft hopes the broad deployment of such AVs will normalise the technology. Convincing commuters to try self-driving cars is one of the biggest challenges.

Ford also has plans to partner with other companies to deliver groceries and small items.

Argo acquired Princeton Lightwave, a company with extensive experience in the development and commercialization of Lidar sensors, in 2017.  Argo Lidar is key to commercializing autonomous delivery and ride-hail services. The Argo Self-Driving System (SDS) is capable of 360-degrees awareness round the clock and can help navigate city streets, suburban neighbourhoods, and fast highway lanes.

Geiger-mode sensing powers Argo Lidar. The proprietary technology can detect the smallest particle of light and is instrumental in sensing objects with low reflectivity.