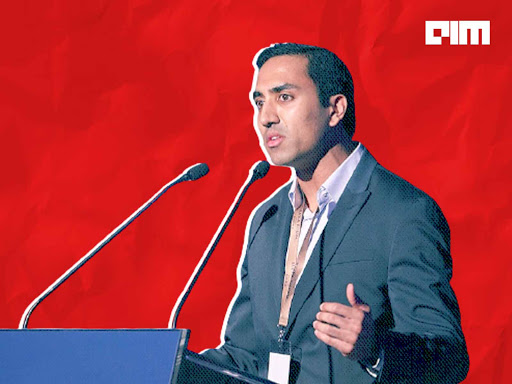 Here is the first article of a new series — Expert’s Opinion. Each week, we will interview academics working in the field of AI or other emerging technologies and studying their impact on society and the world.

For the first article in the series, Analytics India Magazine got in touch with Abishur Prakash, a geopolitical futurist at the Center for Innovating the Future (CIF) in Canada. He is the author of four books, including Next Geopolitics: Volume 1 and 2, Go.AI (Geopolitics of Artificial Intelligence) and his latest book, The Age of Killer Robots.

In this interview, Prakash shares his insights on some of the top risks emerging from the geopolitics of technology that the world will face in 2021.

AIM: What do you think are the overall implications of the geopolitics of technology for 2021?

Prakash: The biggest implication is that many tech companies’ profitability is now dependent on the geopolitics of technology, or what I call “Next Geopolitics.” The ability of tech firms to sell or expand is increasingly tied to world affairs. Further, the next twelve months will force governments to redesign their foreign policy around technology as the established systems start to crack.

Lastly, while geopolitics of tech has so far revolved around just a few nations like the US, China, Japan, India and Australia, new players are likely to emerge in 2021, making this new geopolitical battlefield more crowded than ever before.

AIM: What will the imbalance in power due to the new ‘data sovereignty zones’ mean for the poorer countries who have fallen behind in the data race?

Prakash: Nations who have lost control of their data will be at a competitive disadvantage. They will be at the mercy of other nations. Without access to data, governments will not be able to grow their footprint. For example, in my first book, “Next Geopolitics: The Future of World Affairs (Technology) Volume One,” I proposed ‘predictive foreign policy,’ where AI analyses data to predict what a nation will do on the world stage.

If a nation does not have access to data, it will not be able to predict what can happen next in geopolitics. This is a weak position to be in, especially if a nation’s adversaries have these capabilities.

AIM: How will the deployment of blockchain start to split the global economy?

Prakash: I view blockchain as a “rewiring” of the world. Like the Internet, blockchain will facilitate transactions like commerce, elections and data sharing, through common platforms and protocols.

The most ambitious blockchain initiative is being rolled out by China. It is called the “Blockchain Services Network” or BSN, a state-backed project. It is China’s bid to push the global economy — be it financial transactions, cross-border trade or e-commerce — onto Chinese systems. Except, nations like the US, India and the United Kingdom will refuse to peg their economies to Chinese blockchain. Instead, these nations might create their own blockchains or join hands to counter the BSN.

This splits the global economy in half as different nations adopt different blockchains to govern their economy and society. Instead of the world being integrated through similar systems, the rollout of “political blockchains” will force economies into a specific sphere of influence – reconfiguring how they are connected to everyone else.

AIM: What kind of global rules will the tech-based institutions form and how successful will they be in enforcing them?

Prakash: There are many rules these institutions could create. Take, for instance, D10. This is a group proposed by the UK, made up of ten democracies, to set the rules for 5G. D10 may introduce a new certification for 5G tech that defines whether a company’s tech is safe. Of course, companies like Nokia, Ericsson, NEC and Jio may receive the certification. But, what about Huawei, China Telecom or ZTE? This would apply even more pressure to these firms.

Of course, the big challenge is how will tech institutions enforce their rules or ideas. There is no clear playbook here. In the past, the West made rules, and everyone else followed without question. Now, however, there is a different makeup in the world. To bring nations on board, groups like D10 might threaten trade, access to consumers or immigration, using their economies and societies as tools to bring governments on board.

AIM: Big military powers are denying the discussion on a treaty to establish ‘meaningful human control’ over weapons. What are the geopolitical implications of autonomous weapons?

Prakash: Recently, Iran’s top nuclear scientist was assassinated. This mission was carried out using a satellite-controlled machine gun that used AI. And, it took tensions between Iran and its neighbours to new heights.

This kind of situation could replicate itself across the world. Pick any hotspot, from Kashmir to the Korean DMZ, and the use of military AI and/or robotics could cause situations to become more volatile. There will be a new uncertainty in the world regarding how tech is making decisions and what this means for defence and world affairs.

The way in which military organisations use AI and robotics will increasingly push them towards giving these technologies unprecedented decision making, including on the battlefield.

AIM: What would it take for governments to be strong enough to stop the big tech from overpowering them to govern the society?

Prakash: This is not about being strong enough. It is about gaining clarity on what role tech firms are playing and what role governments are playing.

The problem is, over the past several decades, the backbone of societies and economies has become dependent on a handful of technology firms from Silicon Valley. And, as this happened, governments did not pay much attention or necessarily understand how things were shifting. If this was just about economic dependence, it would be a different set of worries. But, currently, people’s beliefs and political systems are now at stake, and therefore it is a different ball game entirely.

Governments are now going to have to figure out how to govern tech firms in a way that still allows innovation. At the same time, tech firms, who have become de-facto gatekeepers of society, are going to have to adapt to the new role governments impose on them. And, underlying all of this, is the geopolitics. That is, tech firms from one nation being put under siege by another nation could lead to new tensions.

AIM: Which countries will be affected the most by Immigration 4.0?

Prakash: Almost every country will be affected by Immigration 4.0. This is a risk that every government will have to tackle. This is because every nation is racing to become “tech powers” and play a new role in the world. And, to achieve this, they will need to attract top talent in areas like AI and robotics. Without these people, nations will not be able to jumpstart new industries or unicorn startups.

Except, as nations move in this direction, they are taking more radical steps towards immigration. They are starting to view immigration through the lens of Next Geopolitics. For example, the United Kingdom is looking at banning certain students, like those from China, from studying particular topics. The UK does not want to train up the next generation in China, who may then challenge Britain, in future.

AIM: The chip war is predominantly fought between China and the US. What do you think are the implications of either one of them gaining an advantage over the other?

Prakash: Right now, the Chinese chip industry is where the Chinese software industry was a decade ago. At that time, nobody imagined Chinese software emerging and rivalling what the US had to offer. In the same light, as the US cuts off China from chips, Beijing is doubling down on building its domestic chip-making capabilities. However, this will take time. But, once Beijing achieves this, it will have unshackled itself from US technology. It will no longer depend on the US for one of the most critical technologies in the world.

This will allow China to take radical steps in the world, from supplying chip-making capabilities to other nations, reducing their dependence on the US, and building advanced capabilities, like autonomous weapons. In other words, the chip wars are really about the US stopping China’s rise with tech, and on the other hand, China is trying to challenge US dominance through tech.

AIM: Finally, where are we headed with this, and what would it take to avert these risks?

A big implication of this is that geopolitics will become far more personal over the coming year than it has ever been. Instead of only a handful of geopolitics affecting a handful of countries and companies, ordinary people will be affected by geopolitics in their own way. In fact, this has already happened with TikTok. As the app faced bans and criticism, people around the world were awoken to the power of geopolitics to throw their favourite app offline. Alongside this, the timelines have shrunk. Events in the geopolitics of technology that may have taken years to transpire may now occur in a matter of months.

Lastly, these risks are not the only ones that could emerge in 2021. There are dozens more, some extremely transformational, that the Center for Innovating the Future (CIF) is yet to unveil.