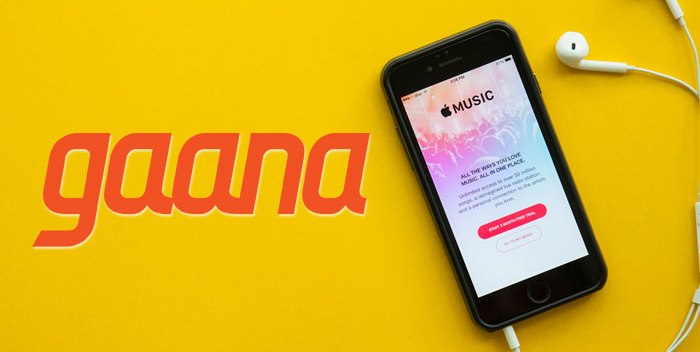 According to a statement released by Gaana, the company plans to use this new capital develop artificial intelligence to create more personalised services and features for its listeners. Reportedly they are also working on developing their paid services further.  Gaana, with its 60 million monthly active users, competes with Saavn, Apple Music and Amazon Prime Music, among others.

Gaana is a music streaming service that was started by Times Media, the company behind The Times of India newspaper and tech incubator Times Internet among other things, seven years ago.

really exciting day for @gaana to welcome Tencent as an investor and key enabler for the next phase of growth! #basbajnachahiyeGaana …and ofcourse for @Timesinternet as well https://t.co/YhhmJElCwv

Prashan Agarwal, CEO at Gaana told a newspaper, “Music streaming is the future of music consumption globally, and in India, we are only 10 percent of the way towards building a business useful for 500 million Indians,” said .

Gautam Sinha, CEO at Times Internet, said in a statement, “We are happy to welcome Tencent as a partner in Gaana and benefit from their global learnings. Tencent operates the largest music streaming business in China, and we look forward to working closely with them to continue to innovate and drive the digital music market in India.

Tencent’s involvement represents the first ‘outside’ investment money raised for Gaana, as one of its key investors is Times Internet.

“As more affordable mobile data plans are driving smartphone penetration in India, we believe growth in the music streaming market will accelerate. By investing in and collaborating with Gaana, we look forward to bringing more innovation and better experiences to all Indian music lovers,” saidMartin Lau, President at Tencent.