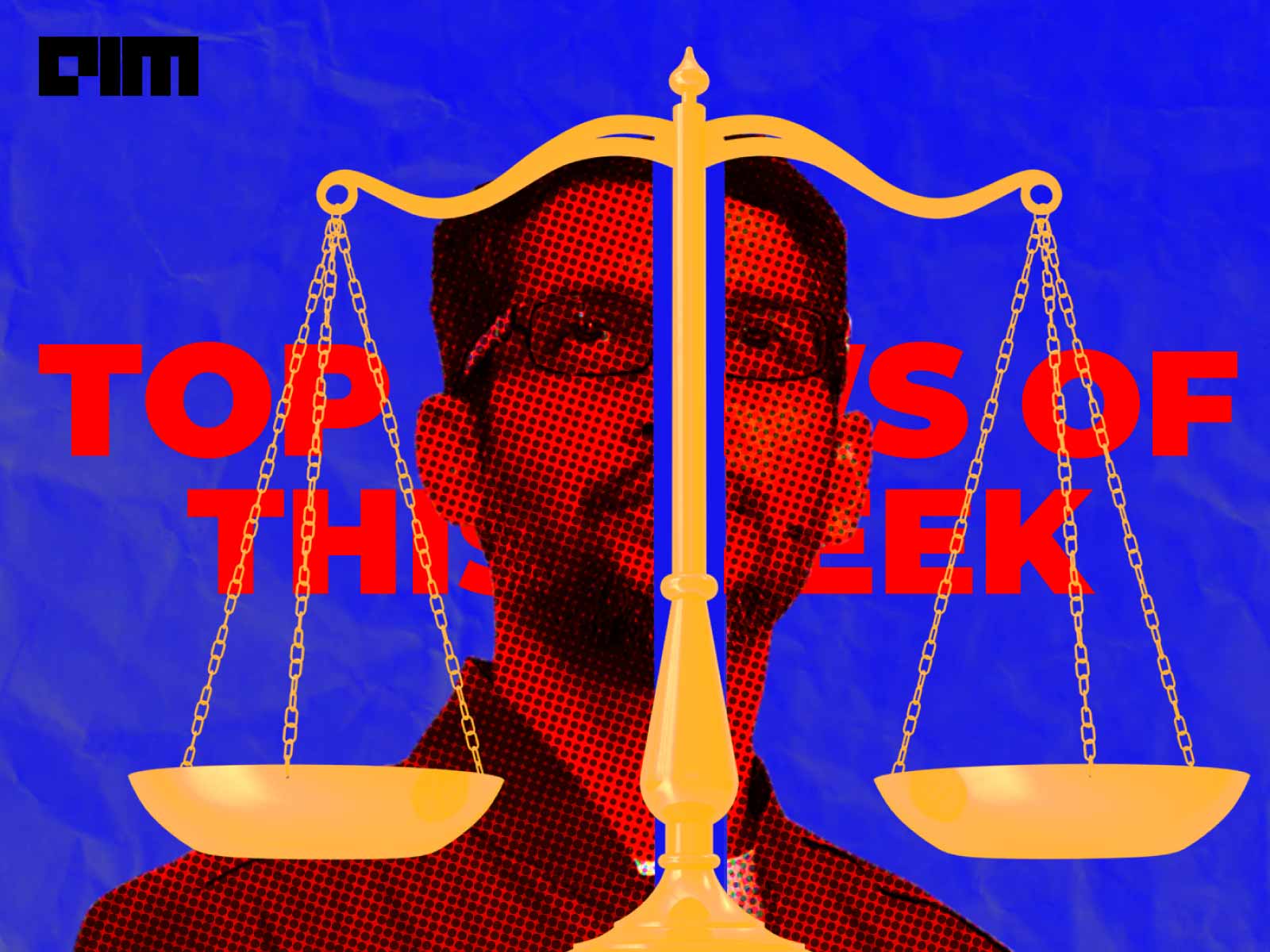 This week, the Department of Justice finally delivered the much-dreaded lawsuit to Google, which was months in the making. This lawsuit hints all things ominous yet to come for the tech giants of the valley. This lawsuit comes after a string of antitrust hearings for the big 4 of the tech industry. As Google makes moves to dodge this, its peers are feeling the heat whereas the experts predict a new era of tech regardless of the results. Read more about the lawsuit and Google’s response to it in this week’s top news brought to you by Analytics India Magazine.

On Wednesday, MLPerf released results of Inference v0.7 and NVIDIA claims to have topped the charts with regards to AI inference. The new benchmarks include BERT, DLRM, 3D U-Net and RNN-T.  According to NVIDIA, they have won every test across all six application areas for data center and edge computing systems in the second version of MLPerf Inference. The tests expand beyond the original two for computer vision to include four covering the fastest-growing areas in AI: recommendation systems, natural language understanding, speech recognition and medical imaging. Check the full results here.

Intel Gets A Chip Off Its Shoulder

On Monday, Intel announced that the South Korean chipmaker SK Hynix will be acquiring its NAND memory and storage business for $9 billion.

Intel, which has been trailing quarterly performance reports, plans to make radical changes to its portfolio going forward by divesting its non-core businesses.

According to the quarterly reports that Intel has released this week, the chip maker’s shares are down 8% this year, and the company’s $229.2 billion market value compared to its rival Nvidia, which is valued at $330.1 billion. Intel’s lukewarm results are not a surprise given the stiff competition from NVIDIA who has been on a shopping spree by bagging ARM and Mellanox in quick succession and for a hefty price. There were also rumors that AMD is making a move to buy Xilinx, which again might pile more problems for Intel which is in a rebranding phase. Find the full story here.

On Tuesday, the Department of Justice — along with eleven state Attorneys General — filed a civil antitrust lawsuit in the U.S. District Court for the District of Columbia to stop Google from unlawfully maintaining monopolies through anticompetitive and exclusionary practices in the search and search advertising markets and to remedy the competitive harms.

This is the biggest lawsuit against a tech company since the one with Microsoft back in 1998.

The DoJ says Google’s anti-competitiveness means less choice/innovation for consumers and pricier ads for companies. Dominating market share isn’t illegal — Google can’t be punished for its success. But exclusionary moves that shut out competitors are illegal.

While the lawsuit claims anti-competitive tactics can lead to lack of options for customers, Google argues that breaking up of its services can lead to drop in quality of services and increase in costs of smartphones as the makers rely heavily upon the promotional money that Google offers. So, in the end, it is neither the Government nor Google but the consumers who will have more to lose. Read the full story here.

This week, Microsoft announced that it is teaming up with top satellite operator like SpaceX to provide uninterrupted Azure services to its remote customers. Last month we have learned about Microsoft’s success with underwater datacenters. Now the company wants to utilise some space force. SpaceX which has tasted success with its Starlink project will be one of the partners whose satellites will offer wide range of connectivity for the Azure Modular Datacenter (MDC); for customers who need cloud computing capabilities in hybrid or challenging environments. The MDC solves this by bringing Azure to these environments, providing datacenter scale compute resources closest to where they’re needed.

These modular data centres will be powered by Azure Space offerings and partnerships that can extend satellite connectivity anywhere in the world. The applications range from mobile command centres, humanitarian assistance, military mission needs, mineral exploration, and other use cases requiring high intensity, secure computing on Azure. Read the full story here.

White House Is Getting The AI Menu Ready

On Wednesday, the Wall Street Journal reported that the The Trump administration is completing guidance for agencies on how to regulate artificial intelligence. According to senior technology official Michael Kratsios, the guidance consists of 10 principles that the White House said agencies should follow when crafting regulations covering AI in the respective industries they oversee. This includes assessments of the costs and risks associated with the technology. The White House is trying to be a bit lenient on the regulatory aspect unlike their European counterparts as they are afraid it can smother innovation.

According to a Gartner report, by 2022, 30% of cyberattacks will involve data poisoning, model theft or adversarial examples. Companies such as Google, Amazon, Microsoft, and Tesla, have had their ML systems attacked in the past 3 years. As the threat landscape evolves, Microsoft believes that there is a need for a framework that can thwart the adversarial attacks. So on Thursday, Microsoft, along with MITRE, with the help of 11 organizations including IBM, NVIDIA, Bosch, released the Adversarial ML Threat Matrix, an industry-focused open framework, to empower security analysts to detect, respond to, and remediate threats against ML systems.

This initiative is part of Microsoft’s commitment to develop and deploy ML systems securely. The AI, Ethics, and Effects in Engineering and Research (Aether) Committee provides guidance to engineers to develop safe, secure, and reliable ML systems and uphold customer trust.