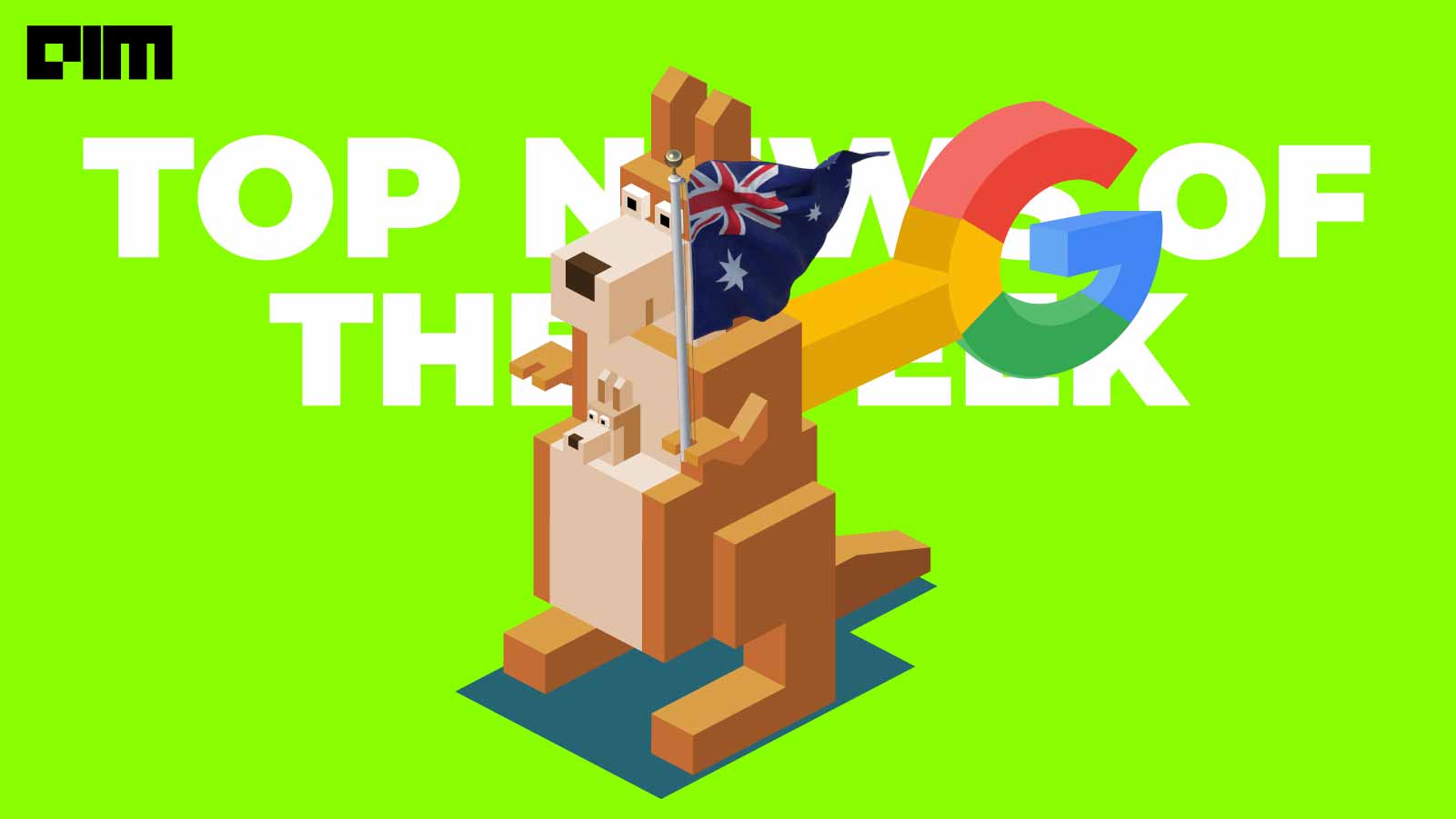 This week marked the end of the Trump era. The final days of the administration delivered good news to the AI community with its decision to set up the National AI initiative office, bolstering the AI strategies set in motion by the Trump administration. The final few days have dished out some good news for a few others as well. The outgoing President granted pardons to 73 individuals and commuted the sentences of an additional 70 individuals of which Anthony Levandowski is one. Levandowski was sentenced to 18 months in prison last August after he admitted to stealing documents from Google’s Waymo, to use them at Uber. “ He paid a significant price for his actions and plans to devote his talents to advance the public good,” read the statement from the White House regarding his pardon. Google’s war with Uber might not be done yet but the search giant has already picked a new adversary– Australia! Know more about what went wrong in the kangaroo country in this week’s top news brought to you by Analytics India Magazine.

A month after a highly publicised behind the scenes technical treatise, Alphabet is shutting down Loon, the company that uses machine learning to provide internet from a balloon.

Last month, Loon reported that their deep RL solutions are an alternative to the conventional approach where the automated systems follow fixed procedures artisanally crafted by engineers. Loon has made a number of important technical contributions. This includes creating communications payloads that can connect from the stratosphere to many types of devices on the ground — from mobile phones to sailing ships to smart sprinklers — possibly paving the way for more options in unlocking the full potential of the Internet of Things.

“Developing radical new technology is inherently risky, but that doesn’t make breaking this news any easier. Today, I’m sad to share that Loon will be winding down,” wrote Alastair Westgarth, CEO, Loon.

India Will Now Have A Quantum Computing Lab

On Tuesday, the Ministry of Electronics and Information Technology (MeitY) announced that it will be establishing a Quantum Computing Applications Lab in India, in collaboration with AWS. “India has a rich legacy in science, technology, and innovation. We believe that India’s path forward will be driven by achieving world-class scientific solutions. Enabling our scientific community with advanced technologies plays a key role towards scientific advancements and learning,” said Ajay Sawhney, Secretary, MeitY. Quantum computing problem statements for experimentation from among Central and State Governments,Research Institutions, and Academia will be selected and will then be provided with access to quantum computing hardware, simulators, and programming tools, on-demand and at no cost, via Amazon Braket, a development environment to enable users to explore and design quantum algorithms, test and troubleshoot them on simulated quantum computers, and run them on different quantum hardware technologies.

Not So “Ok Google” In Australia

On Friday, Google Australia’s MD, Mel Silva told a parliamentary committee Google is mulling service abandonment in the country if the “pay to publishers” law were to be passed without changes. “If this version of the code were to become law it would give us no real choice but to stop making Google Search available in Australia,” she said.

For over a year now, the Australian government has been making efforts to make the tech companies to pay content creators. Publishers world-wide have long sought compensation from Google and Facebook, which benefitted from the links of the articles written by various publishers. Like Google, Facebook too warned that it would restrict Australian users from sharing news articles on its platforms. Though Google has announced initiatives to support individual publishers, the latest warning puts them in a tough spot as the company battles antitrust suits in the US and the EU.

Few Qubits Will Do, Says IBM

Qubits are the fundamental units of information in the context of quantum computers. The more they are, the powerful these computers will be. But, building powerful quantum computers is a gigantic engineering challenge. It takes decades to stack up qubits in a quantum computer. So, to tap into the infinite capabilities of QCs with the least amount of Qubits, the researchers at IBM devised a new method. According to reports, the researchers managed to conduct simulations more accurately at the same computational costs. “We demonstrate that the properties for paradigmatic molecules such as hydrogen fluoride (HF) can be calculated with a higher degree of accuracy on today’s small quantum computers,” said the researchers. Automaker Daimler has much to gain from this experiment as it is working alongside IBM to leverage quantum computers to find suitable material combinations for its electric car batteries.

Cruise and General Motors on Tuesday announced they have entered a long-term strategic relationship with Microsoft to accelerate the commercialization of self-driving vehicles. The companies will bring together their software and hardware engineering excellence, cloud computing capabilities, manufacturing know-how and partner ecosystem to transform transportation to create a safer, cleaner, and more accessible world for everyone.

Cruise will leverage Microsoft’s Azure, to commercialize its unique autonomous vehicle solutions at scale. Microsoft, as Cruise’s preferred cloud provider, will also tap into Cruise’s deep industry expertise to enhance its customer-driven product innovation and serve transportation companies across the globe through continued investment in Azure.

According to the Microsoft, it will join General Motors, Honda and institutional investors in a combined new equity investment of more than $2 billion in Cruise, bringing the post-money valuation of Cruise to $30 billion. In addition, GM will work with Microsoft as its preferred public cloud provider to accelerate its digitization initiatives, including collaboration, storage, artificial intelligence and machine learning capabilities.

“As Cruise and GM’s preferred cloud, we will apply the power of Azure to help them scale and make autonomous transportation mainstream,” said Satya Nadella, CEO, Microsoft.

Brave has become the first browser to offer native integration with a peer-to-peer networking protocol– IPFS (which stands for InterPlanetary File System). The underlying protocol of the web today is HTTP, which dictates where power exists in those applications. HTTP puts publishers in complete control of service availability and data access, making end users passive receivers instead of having agency in the relationship. IPFS changes this dynamic by enabling direct communication and sharing between users over a cooperative public network.

“The web today doesn’t allow this type of architecture, and it’s very slow to change. Brave’s inclusion of IPFS is a huge step forward in redefining the power dynamics of today’s internet architecture, and putting individuals in control instead of publishers,” said team IPFS in a statement.

According to reports,  SpaceX has bought two deepwater oil rigs for $3.5 million each last year to build floating launchpads for their enormous Starship rockets that will take humans to moon, mars and beyond. The rigs called Deimos and Phobos– named after the Martian moons–are in the Port of Brownsville, near SpaceX’s Starship development facility in Boca Chica, Texas. The pair of rigs was purchased in July 2020 by Lone Star Mineral Development, which was registered in the name of SpaceX CFO Bret Johnsen.