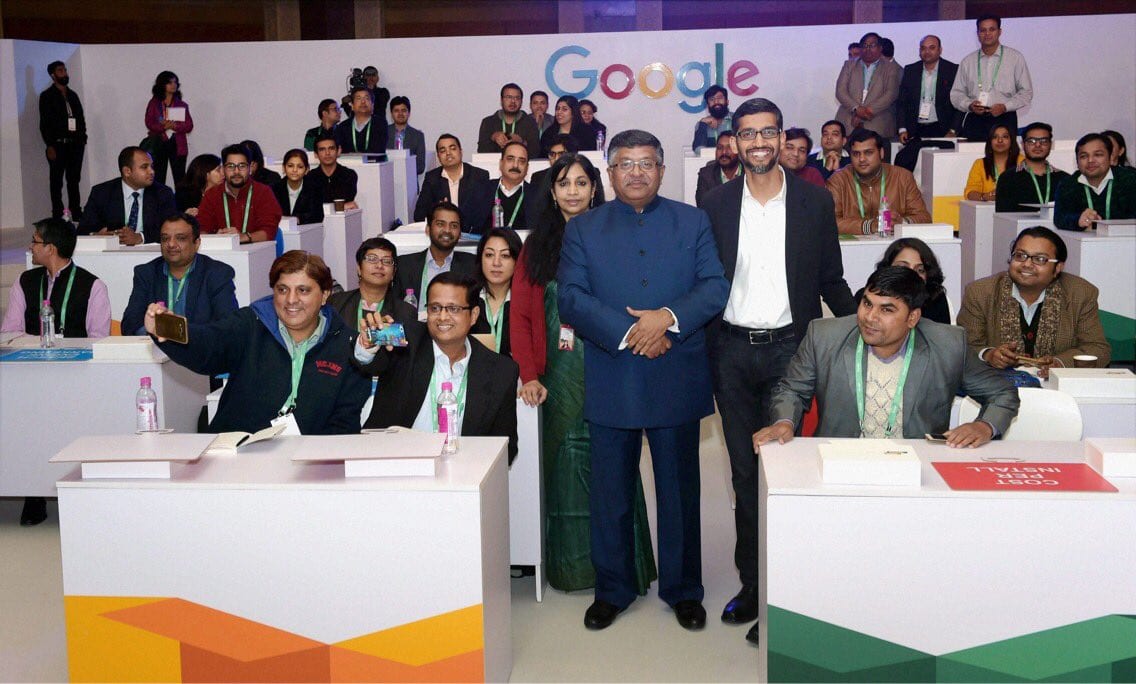 Google top brass Sundar Pichai is in India on an official visit, where one of his key agendas was to announce initiatives centred around Small and Medium enterprises (SMEs). According to reports, the internet giant believes SMEs form the backbone of India’s economy, accounting for 37% of the country’s GDP. Pichai also announced the “Digital Unlocked” initiative launched in partnership with FICCI for upskilling Indian SMBs s with a host of online and offline and mobile courses.

But it wasn’t just SMBs where Google’s CEO turned his gaze on. He also shone the spotlight on Artificial Intelligence and Machine Learning technique which forms the core of Google Translate. During his visit to his alma mater IIIT Kharagpur, Pichai spoke about AI and Machine Learning. “Deep learning and AI techniques have been around for many years. But there wasn’t much computational power to run these algorithms. For instance, Google Translate uses machine learning which has phenomenally improved the translation prowess,” he said at the event. According to him, Google will be investing a lot in Machine Learning capabilities.

According to reports, Pichai revealed how Google, as a company is “betting big on machine learning and AI”. Speaking in terms of Google Translate, he noted that the capabilities of the Android app were built because of deep learning techniques. Are there any monumental development afoot at the search giant?  If reports are anything to go by, he said that Google is rethinking of overhauling their two core products – Google Search and Google Assistant.

Google’s Machine Learning technique could save you from potential blindness

Pichai also spoke about how Machine Learning is being put to use at Google. In a paper published last year by Google’s research team, the research team investigated how machine learning could be used to screen diabetic retinopathy, an eye disease triggered by diabetes, which could lead to potential blindness. The results showed that the algorithmic performance was at par with that of an ophthalmologist. The results also illustrated how Machine Learning technology could have a positive impact through early detection.

Smartwatches are no longer consumer accessories – they are enterprise devices

How Fourier Transform is Used in Deep Learning?