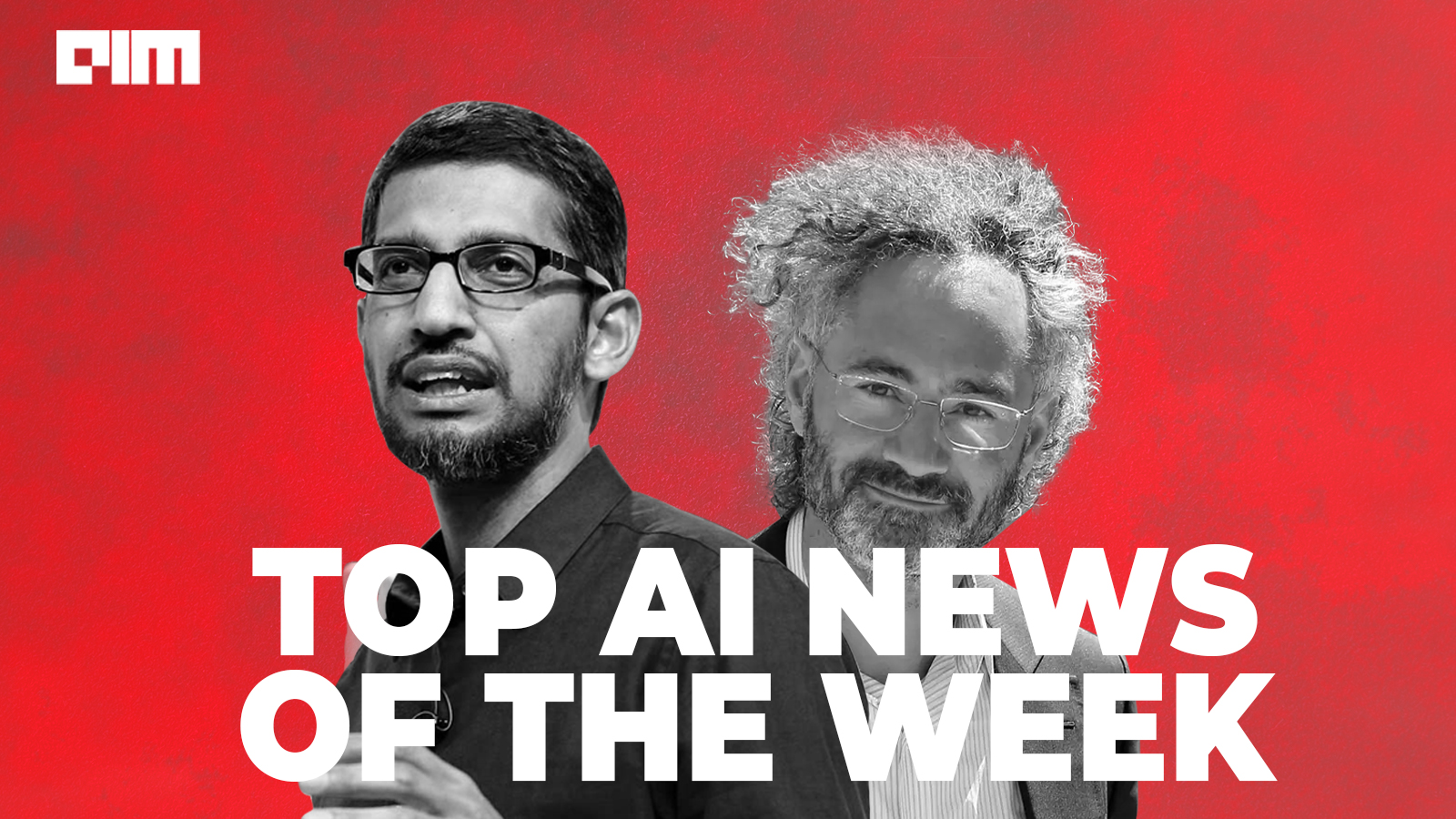 This week, we saw a couple of key announcements from Google, followed by a mega announcement from one of the oldest startups in Silicon Valley. This week too, the news has been a mix of controversy, innovation and regulation. Here is all the top news that has been doing the rounds this week.

The Never-Ending Problems Of Clearview AI

Since the beginning of this year, Clearview AI has been under immense pressure from the media as well as legal circles. Now, with the scrapping of their Canadian endeavours, Clearview AI took another hit to their reputation. This hasn’t ended yet as the Canadian authorities still plan to issue findings in this matter given the importance of the issue for the privacy rights of Canadians. Read about Clearview AI’s never-ending problems here.

Co-founded by venture capitalist Peter Thiel back in 2004, Palantir has finally decided to go public. Valued at $20 billion, this secretive data-crunching company is known for having contracts from the likes of Pentagon. The speculations about their IPO are at least half a decade old. In one of the interviews in 2014, CEO Alex Harp was quoted saying that the competence of a company takes a hit when it goes public. Now, with this announcement, Palantir might give the world a glimpse of what they actually do.

According to Bloomberg reports, Google abandoned plans to offer a major new cloud service in China and other politically sensitive countries due in part to concerns over geopolitical tensions and the pandemic. According to two anonymous employees, the project called ‘Isolated Region’ was scrapped in its entirety in May.

This plan hit the first roadblock back in 2019 when the tension between the U.S and China were on the rise. Google decided to pause its plans for Isolated Region in China and instead began to prioritize potential customers in Europe, the Middle East and Africa, according to the two employees.

Isolated Region was part of a larger Google project known as “Sharded Google,” which was designed to serve within the boundaries of China where it is mandatory to have their databases within their own country. Google’s Isolated Region was designed to meet the demands with changing demographics across the world. Google has long been eyeing ways to access the country’s lucrative marketplace, where there are approximately 900 million internet users. While Amazon and Microsoft sell their cloud services in mainland China, Google doesn’t. And, with the ongoing scenario, the future of Google Cloud in China looks bleak.

IIT Hyderabad Teams Up With NVIDIA

On Thursday, NVIDIA in association with IIT Hyderabad announced a technology centre — NVIDIA AI Technology Centre (NVAITC) — to accelerate research and commercial adoption in artificial intelligence. Although the research centre can be used for a wide range of AI research, it will primarily focus on advancing technologies in agriculture, smart cities, and language understanding.

On Wednesday, Google announced the launch of Open Usage Commons, an organization focused on extending the philosophy and definition of open-source to project trademarks. Made in collaboration with academic leaders, independent contributors, and SADA Systems, the goal of the Open Usage Commons is to help open-source projects assert and manage their project identity through programs specific to trademark management and conformance testing. The company believes that creating neutral, independent ownership for these trademarks gives contributors and consumers peace of mind regarding their use of project names in a fair and transparent way.

“ We’re investing more than $900M over 5 years to help transform Italian businesses large and small, including the launch of two Google Cloud regions.”

On Thursday, Google announced Italia in Digitale, a new plan to accelerate the country’s economic recovery by offering a series of tools, training and partnerships to support businesses and job seekers. This new project builds on the success of past initiatives like Crescere in Digitale and Google Digital Training, which in the last few years helped 500,000 people get the right digital skills to grow their careers or businesses. With its new pledge, Google is now committed to helping more than 700,000 SMBs and individuals digitize, aiming to bring the total number to more than 1 million by the end of 2021.

The 37th edition of International Conference on Machine Learning (ICML) will be held between 13-18th of July, next week. This year, 1088 papers have been accepted from 4990 submissions. Read more here.