Google has DeepMind, Microsoft has OpenAI. Will AWS be left behind?

AWS has been inconspicuous when it comes to collaboration with similar AI research labs. Does this pose a major disadvantage when compared to Google and Microsoft? 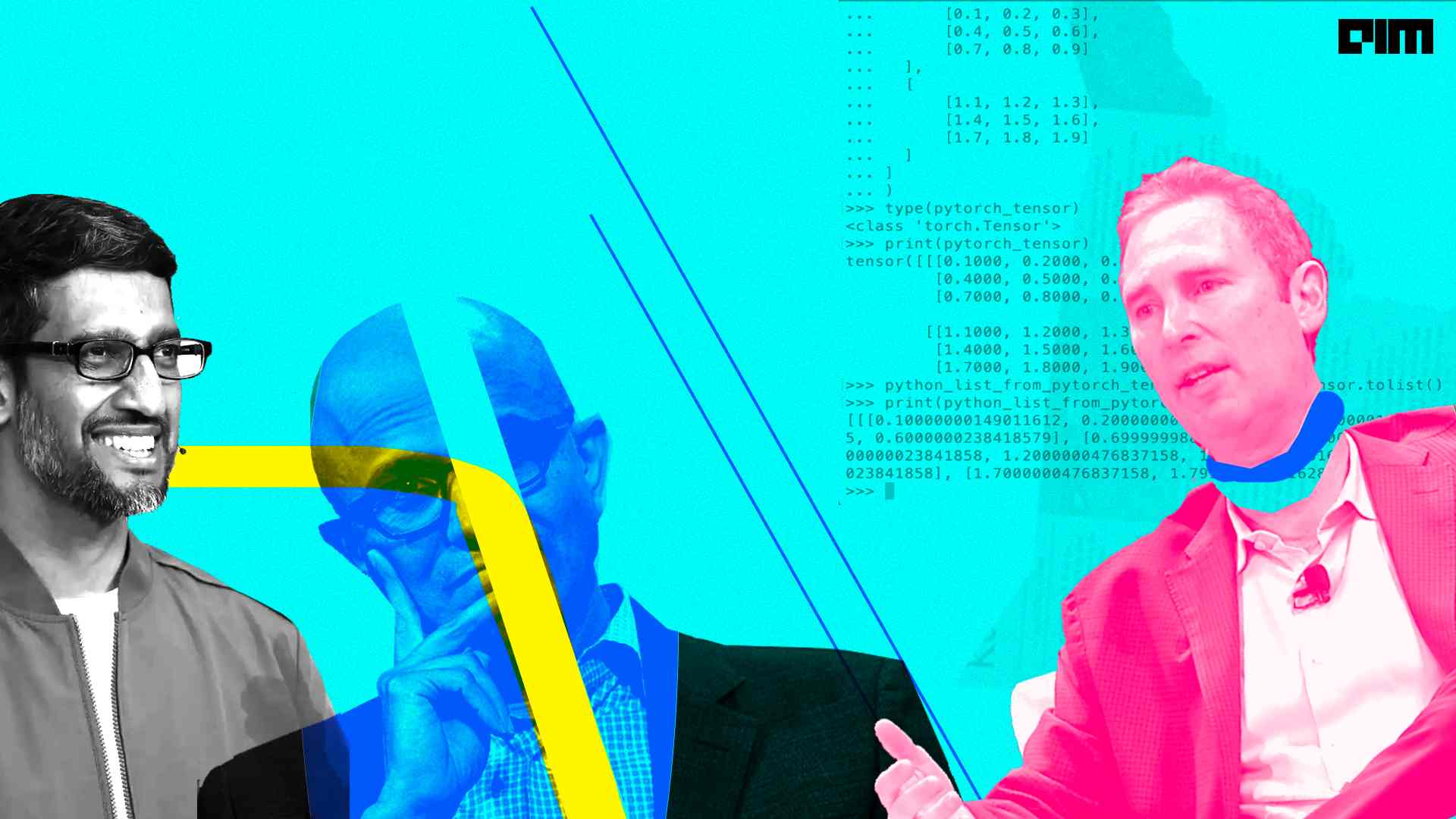 Last November, Microsoft announced that OpenAI’s GPT-3 would be made available to developers through the new Azure OpenAI Service. This announcement gives Microsoft a good opportunity to tighten its grip on the new business applications and other advances in natural language processing. This is one of the results of collaboration between Microsoft and OpenAI.

OpenAI’s close competitor, DeepMind, was acquired by Google’s parent company, Alphabet, in 2014. This acquisition has been greatly beneficial for Google. One of the major projects that Google and DeepMind have collaborated on is the AI-powered recommendation system developed by the latter to improve the energy efficiency of Google’s data centres.

All these developments make one wonder about a third of the trinity – AWS. It has been inconspicuous when it comes to collaboration with similar AI research labs. Does this pose a major disadvantage when compared to Google and Microsoft?

What is AWS missing out on

Among the various controversies that OpenAI courted when they released GPT-3 in 2020 was handing over an exclusive license to the then-largest language model ever developed. When this announcement came, Microsoft’s Chief Technology Officer Kevin Scott said this collaboration would help them leverage the technical innovations to develop and deliver advanced AI solutions and create newer solutions in advanced natural language generation.

When OpenAI was confronted with why GPT-3 was not made publicly available even though its predecessor, GPT-2, was – the AI research lab explained that this was to cover the costs incurred in building a huge and highly advanced tool. Before that, Microsoft and OpenAI released CoPilot, a specialised version of GPT-3 to generate source code snippets.

The collaboration benefits both parties really well. A few months back, Microsoft built in collaboration with and exclusively for OpenAI, an Azure-hosted supercomputer. This supercomputer is designed for specifically training OpenAI’s models. Microsoft called it a key milestone in the partnership.

Rewinding a bit, in 2019, Microsoft committed $1 billion to OpenAI to support the AI research organisation in building artificial general intelligence with distributed economic benefits. Under this partnership, the two organisations unveiled a supercomputer last year, hosted in Azure.

While Microsoft has OpenAI, through its parent company Alphabet, Google has benefitted greatly from DeepMind’s acquisition. DeepMind has formed a team of researchers and developers called DeepMind for Google that applies its research work to Google’s products and infrastructure. One of the most significant innovations from this group was the introduction of WaveNet, a deep neural network for producing more human-sounding speech than the existing techniques, reducing the gap with human performance by over 50 per cent. Google Cloud Platform can use the WaveNet generated voices in their products through their Text-to-Speech services.

More recently, as mentioned at the beginning of this article, DeepMind has helped Google accentuate its data centre’s energy efficiency. DeepMind’s cloud-based AI takes a snapshot of the data centre cooling system collected from thousands of sensors and feeds them to the deep neural networks that predict which actions will affect future energy consumption.

Microsoft and Google’s collaboration with the top AI research labs has paid rich dividends. On the other hand, AWS may have been left behind. Gartner’s Magic Quadrant report on cloud artificial intelligence, released in March 2021, found that AWS falls much behind competitors like Microsoft, Google, and IBM. In this report, Gartner defined cloud AI services or CAIDS as containerised services or cloud-hosted models that allow teams to leverage AI models using APIs, SDKs, and applications.

Not all lost for AWS – yet

AWS may not have a long-standing or prominent with a third party AI lab like Microsoft or Google, but it launched its own ML Solutions Lab in 2017. It offers machine learning expertise in identifying and building ML solutions that identify AWS clients’ ML challenges. However, this seems to be just an ML-as-a-service providing vertical. AWS’ parent company Amazon has invested and backed a few research centres like one in collaboration with Columbia University and another at USC.

But when it comes to cutting edge innovation in AI and machine learning, AWS seems to be in a disadvantaged position as compared to Microsoft and Google.