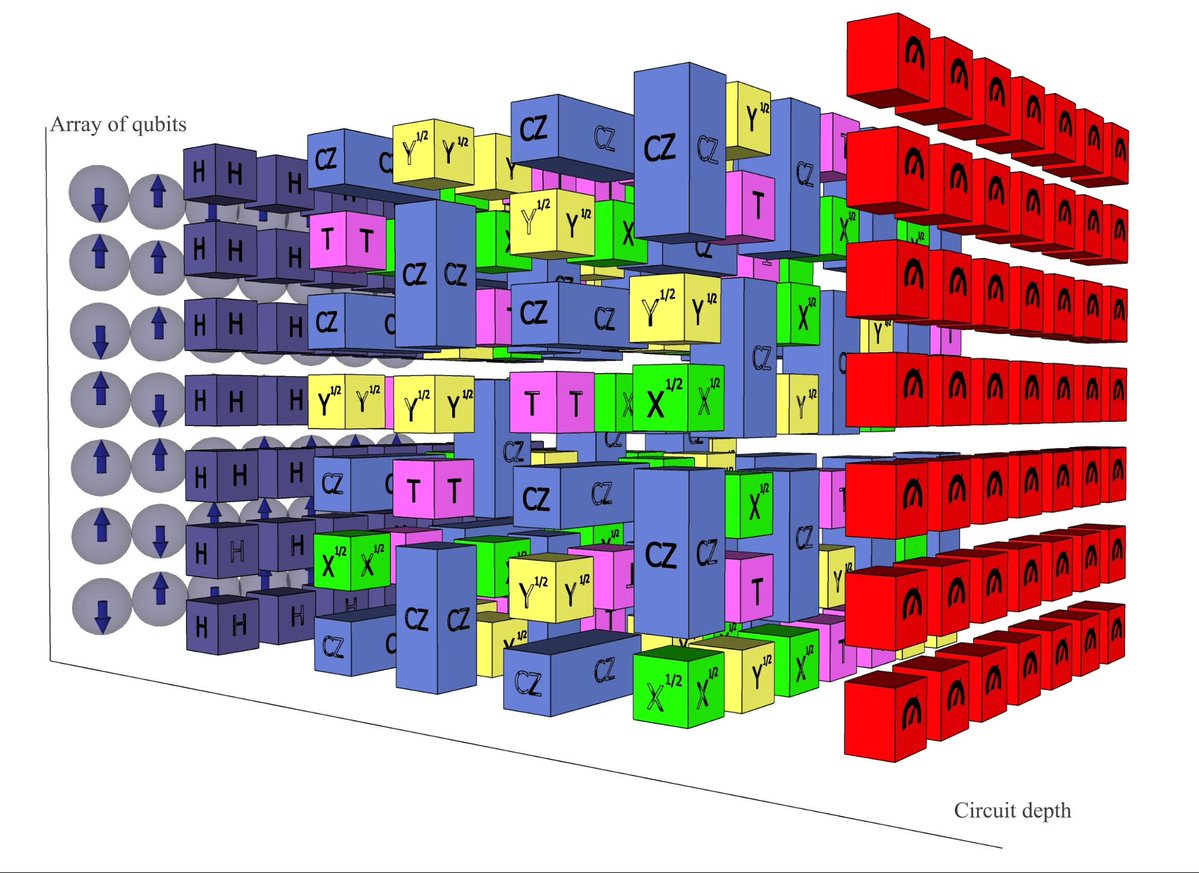 The last time Google made a buzz about quantum computing was when it launched the world’s biggest quantum computer processor — the 72 qubit Bristlecone that bested IBM’s efforts, IBM 50 qubit processor. The Mountain View giant quickly claimed that If a quantum processor can be operated with low enough error, it would be able to outperform a classical supercomputer on a well-defined computer science problem, an achievement known as quantum supremacy.

Well, now Google is back to claiming supremacy in quantum computing with a 2016 paper titled, Characterising quantum supremacy in near-term devices that presented how in the near future, quantum devices without error correction can carry out well-defined computational task beyond the capabilities of state-of-the-art classical computers, achieving so-called quantum supremacy. The Google Research team claims it is the strongest theoretical proposal to prove an exponential separation between the computational power of classical and quantum computers.

The frontrunner in the quantum computing race is clearly IBM, who began working on qubits way back in 1998 and has a formidable team that is developing applications for this technology. IBM has made significant progress across the entire quantum computing technology stack — it brought it to the cloud in 2016 with a 5 qubit quantum computer. In November 2017, IBM raised the bar by announcing a third generation of quantum computers with a 50 qubit prototype, a huge milestone for quantum computing, but there is no news whether it is commercially available. The company was quick to point out that it is not ready for common use. However, the company made a 20-qubit system available through its cloud computing platform.

Google’s significant breakthrough which they claim is stealing a march over their experienced competitors is building a fault tolerant quantum computer. Google research claims that a successful quantum supremacy experiment with random circuits would ideally demonstrate the basic building blocks for a large-scale fault-tolerant quantum computer. In line with building a fault tolerant quantum computer, Google released a blueprint for demonstrating quantum supremacy with superconducting qubits in April that talked up about scaling up supremacy. In their study, they used nine superconducting qubits to demonstrate a promising path toward quantum supremacy. The research adds by extending the results to a system of 50 qubits, scientists can tackle array of scientific questions that are beyond the capabilities of any classical computer.

One of the key challenges of quantum computing field is building a fault tolerant quantum computation and Google’s team led by John Martinis Quantum has been working on improving the error correction. Martinis, a well-known name in the quantum computing field emphasised how building a useful quantum device is not just adding the number of qubits that has been the strategy of most companies like Microsoft IBM where researchers scale it from 50 qubits or 1,000. The proof lies in getting smaller errors which will be key to success.

Now IBM believes quantum computing will become mainstream in the next five years, with the company investing over $38 billion in building these capabilities. Earlier last year, Microsoft released a quantum computing development kit that had three main components – a quantum-focused programming language Q# (Q-sharp), Local & Azure quantum simulators that can test any quantum algorithm and solutions written in Q# and also features rich libraries and samples as building blocks.

It is not just tech companies, universities across the globe are extensively researching on building building error free quantum computers by utilizing fault tolerant protocols. For example, a research led by University of Oxford’s Simon Benjamin’s demonstrated that through complex numerical simulations of the error correction protocols, the hardware was successfully built to be fault tolerant. The researchers referred to the state-of-the-art ion trap technologies that served as a building block for building large-scale fault-tolerant quantum computers. If researchers crack the code of building quantum computers that can process errors, and keep the noise down, then it would be possible to do computations on a large scale.

So, does that mean functional quantum computers will become a reality? To work well, the quantum computer need to perform well without making too many errors and companies like Google, IBM & even Intel are being cautiously optimistic of closing the error gap rate gradually.

Hence, for Google to claim quantum supremacy is a bit misleading since companies and leading researchers are still working to rule out and minimize technical challenges. Plus it will be sometime before quantum computers will be applied for real world applications and work alongside classical computers. Given the list of technical challenges, industry experts claim  it is not uncommon for big tech companies to trot out researches as quantum supremacy theories. The technology will require several iterations and hardware will play a key role in its success.