“GOQii aims to be the biggest one stop destination for anything related to health & fitness”- avers Vishal Gondal, Founder & CEO at GOQii Inc.

GOQii, headquartered in California with offices in Mumbai and Shenzhen, is working effortlessly in the direction of enabling permanent shift to a healthier lifestyle. It is doing so by providing a combination of advanced wearable technology, the world’s leading experts, coaches and karma.

With a focus on sustained engagement and goal reinforcement, it offers a complete ecosystem and is a powerful combination of technology and human connection. A collaboration of some of the world’s leading experts and amazing management team driven by a passion for healthy sustainable living, the company was founded by Vishal Gondal.

A serial entrepreneur, Vishal started his journey at the age of 16 founding IndiaGames and is best known as the Father of the Indian Gaming Industry. He has been listed among the top 50 executives in the mobile content space by the UK based ‘Mobile Entertainment’ Magazine alongside noted people like Steve Jobs.

His passion for technology, fitness & gaming led him to his next venture GOQii which is focused on helping people make a change towards a healthier lifestyle and be the force of good.

In a candid chat with IoT India Magazine, Vishal Gondal spoke about his transition from gaming to wearable, the growth of wearable industry, challenges faced by the industry, trends and much more. Find out the details here.

IoT India Magazine: To begin with, how did the shift from gaming to wearables happen?

Vishal Gondal: The shift from gaming to wearables is a personal one. I was leading a very unhealthy lifestyle during my stint at Indiagames.  As a result of long working hours and bad eating habits, I got no time to work out. I ended up using all kinds of fitness bands but none of them helped. Soon after, I met this coach with whom I started sharing my personal data of my water intake, eating habits, step counts and daily work-out routine etc. He started guiding me on a daily basis which made a huge difference to my lifestyle. I then realized that we lack a platform which has a human factor that will be able help, guide and monitor one’s lifestyle to get them into a healthy routine. One’s busy schedule is one of the biggest factors in negligence of one’s health. I feel that motivation and right guidance is what we need to bring a real change in our lives. Hence, the inception of GOQii in November 2014 as I recognized that the biggest problem in the healthcare sector is motivation. Just a band and the app would not solve the problem. So the coaching model in GOQii was introduced and we are constantly working towards introducing more aspects which can help users attain a healthier lifestyle.

IoT India Magazine: How are Goqii’s wearable products different from other wearables in the market? What are its key differentiators?

VG: GOQii’s aim is to be the biggest one stop destination for anything related to health & fitness. Our biggest differentiator is our coach marketplace model which revolutionizes fitness coaching by empowering a coach based anywhere in India or abroad to offer services to users irrespective of their location. For us, we are always trying to focus on how to improve our services and make our platform completely integrated. GOQii incorporates coaching from leading healthcare professionals, consultations from doctors who can access the user’s data through various technologies like accelerometers, GPS and mobile network etc. Taking it a step further, GOQii has partnered with Thyrocare and Max Healthcare.  Users will able to book their lab and diagnostic tests via the app based on the doctor’s recommendation. Lastly, we felt that our users should be able to pay seamlessly for their tests and so we tied up with Axis Bank for NFC contactless payments. We have been constantly trying to work on partnering with companies in various areas in healthcare to help build a complete ecosystem.

IoT India Magazine: How has the wearable market grown in the past few years, particularly in India?

VG: The wearable market has witnessed a quick movement in India and other growing countries. Even though the wearable technology landscape continues to evolve, it has created a good market share and has been widely accepted by consumers in India.

The wearable industry has grown towards personalization of technology. Companies are now developing products that make technology relevant for individuals.

Personalization of technology enables companies to focus on exactly what their customers want and how they want it. Keeping in sync with that line of thought, Global tech behemoths such as Google, Apple and Samsung have been increasingly focusing on their hardware to provide products that seamlessly integrate with their customer’s everyday life. Over the past year, wearable users have reached a point where they want to get more than just data and are looking for devices that can track their habits, interpret them, and give them in-the-moment feedback that will help change their bad habits, and boost their good habits.

For 2016, Gartner has forecasted that 274.6 million wearable devices will be sold worldwide, which is an increase of 18.4 % from 2015. In addition, Gartner has also predicted that from 2015 – 2017, smartwatch adoption will have a 48 % growth due to brands such as Apple who are popularizing wearables as a lifestyle trend.

In addition, as per the International Data Corporation (IDC) report, the wearable market in India observed a robust growth of 41.9% in Q2 of 2016 over the first quarter of 2016. In Q2 of 2016, GOQii is at the number one position with 16.1% market share of the wearable device segment.

IoT India Magazine: What are the new products in store by Goqii?

VG: This year GOQii launched its second generation smart band – GOQii 2.0 which has a sleeker design and is equipped with enhanced features. The features include GOQii doctor consultation, longer battery life and auto sleep detection. For the new band, we have also partnered with Axis Bank for NFC contactless payments. The GOQii ecosystem has been further strengthened by partnerships with Thyrocare and Max Healthcare.

For the upcoming year, we have several interesting launches and partnerships in the pipeline. The information for which will be shared with you soon.

IoT India Magazine: Would you like to tell us about the funding for Goqii?

VG: 2016 was a great year for us. Just few months back, we received funding of undisclosed amount from Mr. Ratan Tata, which was obviously a special moment for all of us at GOQii. In addition, we also have big names on our plate such as the venture capital arm of Edelweiss which happened earlier this year. Both these funding opportunities, boosts our confidence to further accelerate our growth. Our aim is to constantly keep developing the healthcare space in India and to make significant improvisations in the healthcare space in India.

Last year in November 2015, we raised USD 13.4 million in Series ‘A’ funding which helped us build a health eco-system.

IoT India Magazine: Being an investor yourself, what are the kind of start-ups you look for? How can the quality of start-ups nesting out in this space be improved upon?

VG: I personally feel for any business to be successful, it has to have a great differentiating idea behind it.

With so much competition in the market, one has to be innovative and original. We all need to have that passion and understand how feasible the business model is in the current scenario.

Without the right amount of drive and desire, no idea can be successful. Even when I started GOQii, our coaching model is what stood out and still stands out. One just needs to think different.

The same way, when I take decisions for investing in new businesses, I look at three factors– passion, originality and feasibility of the business idea. The passion and drive of the team to make their business model a success plays an important role in the growth of any business.

IoT India Magazine: How IoT as a sector is evolving today? What are the key contemporary trends you see emerging in the space?

VG: One of the trends that I see emerging is that the evolution of wearable technology in healthcare will revolutionise the health insurance industry. Wearables shall play a crucial role in determining the premiums in accordance with the risks associated with individual and group health insurance plans. Insurers will be able to use this information to set targets and incentives for policyholders to live a healthier lifestyle, encouraging them with the possibility of lower premiums.

With security being a major threat to all, wearables shall play an important role in combating safety issues by introducing SOS devices alternately using them as access devices. Many times, when faced with personal threat, it becomes almost impossible to take the smartphone out from your pocket or handbag, unlock it, and send out an emergency message. In such situations, a wristband could make all the difference in broadcasting that crucial SMS with your location data to your immediate emergency contacts.

Thus, I believe that the future of wearable technology isn’t about fitness bands or health monitors, it’s about what can be done with the data accumulated and how can it be used to an individual’s advantage. Additionally, I also believe this kind of deep analysis of data is not something a single company can achieve as it will need collaboration between industries, technology and science to provide meaningful insights.

IoT India Magazine: What are the major challenges of being a wearable tech company?

VG: I think one of the biggest challenges in the healthcare space is motivation. Overall, there is a lack of motivation to take care of one’s health. There is a plethora of information on healthcare which is available on the internet and through people. The problem arises when people don’t know how to make the right use of the information. This is where GOQii makes the difference. Through our coaches and now doctors, we are constantly aiming to improve the lifestyle of people. We hope to make a difference in the health ecosystem by motivating people and making their lives healthier than before. 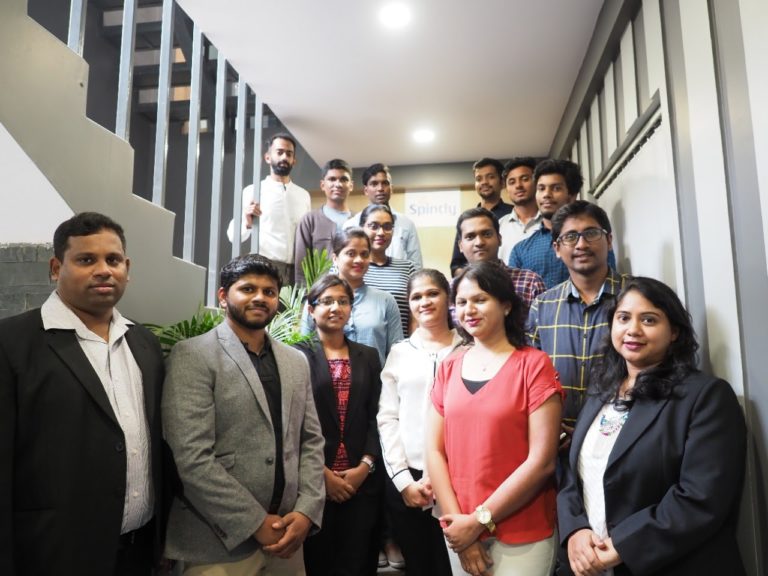 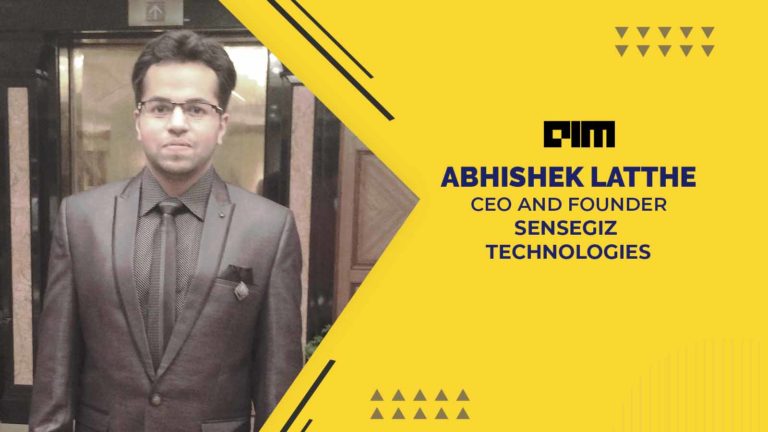 How This IoT-Based Startup Is Helping Companies With Smart Gadgets 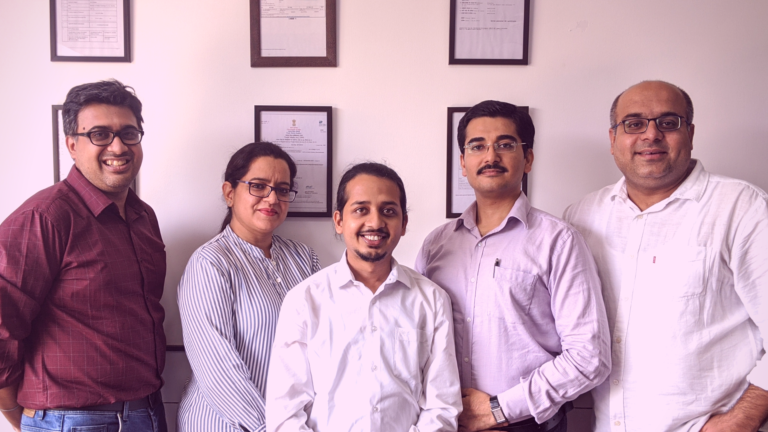 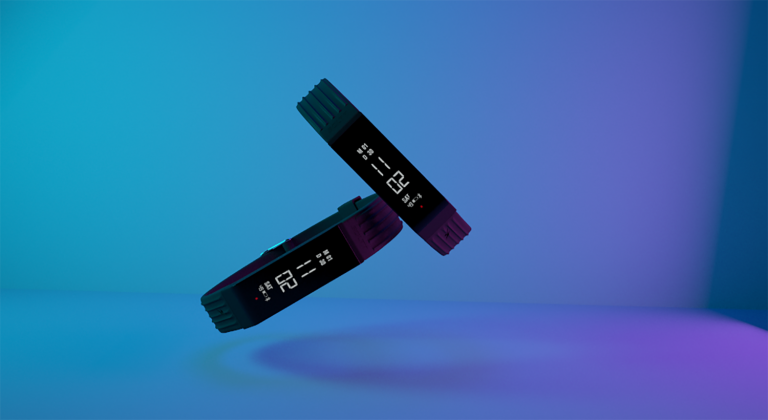 As Boltt wearables, a one of its kind wearable companies powered by AI Health Assistant

After all the stellar achievements that ISRO has fetched so far, its update on preparing

Garmin aims to launch its Fenix 5 series wearables in India

Serving the needs of millennial and other tech freaks in the country, Garmin is all 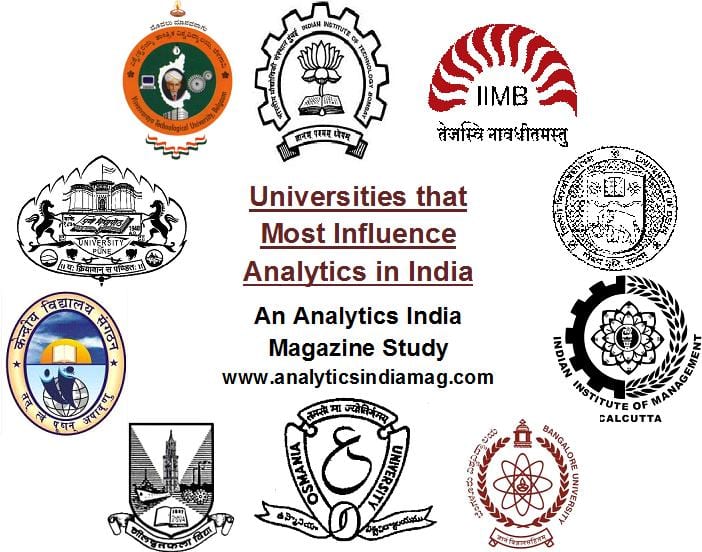 Rohitash Gupta comes as an angel investor for Tyre Express

Having being funded from Ivy Camp a few months ago, 2015 founded Tyre Express, an 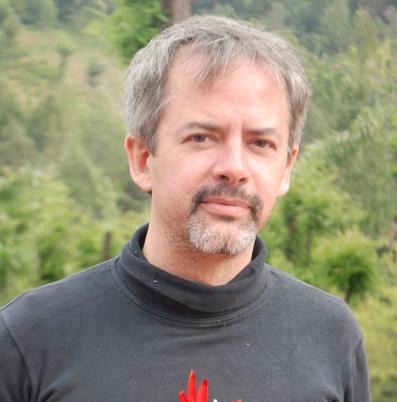