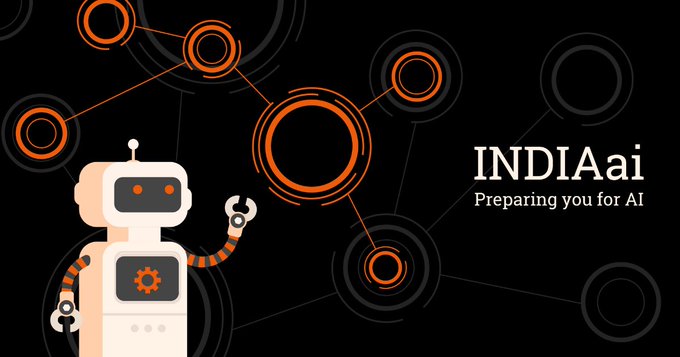 The Indian government yesterday stated the National Artificial Intelligence (AI) Portal, formed by National Association of Software and Service Companies (Nasscom) and backed from National e-Governance Division of the Ministry of Electronics and Information Technology (MeitY), is now live.

The portal’s objective is to function as a one-stop platform for all AI-related advancements in India, with sharing of useful resources like articles, investment funding news for AI startup, AI companies and educational firms on AI in India. The portal will also distribute documents, case studies, research reports etc, and provide learning and new job roles related to AI.

The portal brings together ideas and thought leadership from Indian government stakeholders including Ministry of Electronics and Information Technology (MeitY), NITI Aayog, NASSCOM, along with state governments. Such government arms can finally interact with private players, including large tech companies, venture capital funds, startups and educational institutions on the portal to realise the potential of AI too.

The portal is meant to provide information on the entire AI ecosystem comprising startups, investment funds, companies, and educational institutions. This will be achieved with research work, editorial content such as news, interviews, and events. This will serve as an AI-focused platform for accessing AI resources.

The official domain name was announced as ai.gov.in. The domain name instead redirects to https://indiaai.in/. The website has sections on news, articles, ecosystem, resources, skills & jobs, sectors and initiatives. There are also subsections on case studies, research reports, video and datasets for AI professionals.

One of the most talked-about sections is regarding skills and jobs meant to help professionals learn and find work in the field of AI. For example, there are currently AI courses available on the platform, both free and paid for things like AI Foundation, Machine Learning, Data Visualization, cybersecurity, etc. This, according to the government officials, will help in upskilling and understanding of the technology at the core levels of the workforce.

These courses are mostly provided by either educational institutions such as IIT Bombay, third party content providers like SkillUp and edX or private companies like IBM. The other big learning initiatives mentioned on the portal include CBSE’s partnership with chipmaker giant Intel. The AI education program is open to students in classes 8-12 across thousands of schools in India.

After the introduction of the National Strategy For AI Discussion paper, the Government of India had recognised nine priority areas, which led to the shift towards creating a national portal for AI. The industry professionals gave positive responses to find out the government’s opening up the National Artificial Intelligence portal on social, which will bring forth the ecosystem and research and development measures in the field of artificial intelligence.

Now, the special website is focused on highlighting accomplishments of India in the field of AI and was inaugurated by Union Minister for Electronics and IT, Law and Justice and Communications Ravi Shankar Prasad on the occasion of the first anniversary of the second tenure of the government.

The focus is on democratising artificial intelligence for everyone. MoS for E&IT, Communications, and HRD, Sanjay Dhotre, while talking about the AI web portal said that the role of artificial intelligence in the COVID-stricken world is immense, and AI can play a vital role during the difficult times. He further added that digital innovation such as AI had been great equalisers for Indian citizens despite several challenges.

The website, according to NASSCOM, is the convergence point for students, AI experts, companies, entrepreneurs, and the government for nationwide sourcing and sharing of best AI ideas. The portal will reinforce the power of the AI to give rise to jobs at state-level and the role of startups in utilising data-driven innovation, among relaxed compliance procedures and regulatory bottlenecks.