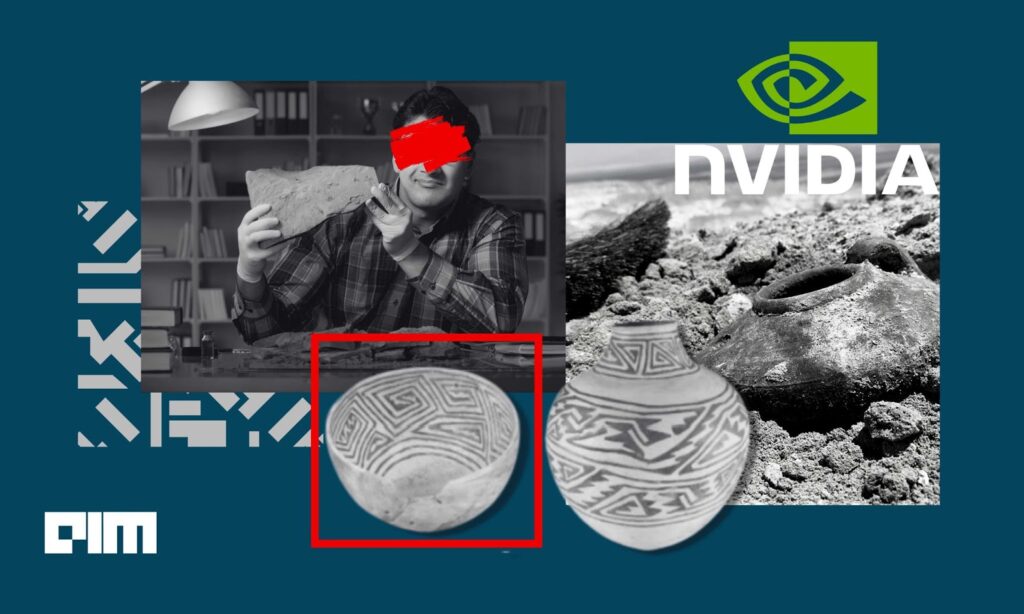 From using AI for finding archaeological sites to leveraging computer vision algorithms for analysing satellite imagery and data, AI has made inroads into the field of archaeology. Linguistic anthropologists often utilise AI in archaeology to trace the evolution of different languages.DeepMind’s PYTHIA is an excellent example of this.

The research focuses on studying a specific kind of decorated pottery tradition from the American Southwest known as the Kayenta Series of Tusayan White Ware (TWW). It is primarily manufactured in the vicinity of modern-day Tuba City and Kayenta. The vessels feature asymmetrical geometric patterns made with black/brown organic paint on a white background.

For nearly a century, archaeologists have classified TWW into a temporally sensitive series of types useful for dating archaeological features, sites, and landscapes. However, questions have been raised on its use, both about the typology itself and the ability of archaeologists to apply it consistently and accurately to the classification of pottery fragments (sherds).

Archaeologists have collected and catalogued tens of thousands of TWW sherds and vessels from hundreds of ancient pueblo and pit house sites. Despite the TWW typology’s demonstrated value for dating archaeological occurrences, it suffers from some of the same issues that plague other archaeological typologies. Many of the typological systems employed by archaeologists, like the Southwest’s ware-type-variety system, were developed decades ago and are now theoretically obsolete.

In this study, the authors explore an alternate approach to TWW typology that involves the use of deep learning/convolutional neural networks for image classification of this decorated ceramic ware. While this study is specific to TWW, the methods and outcomes may have wider implications for analyses of other artefact categories.

In the paper, researchers used CNN classification on the decorated TWW types to analyse its usefulness in classifying and analysing decorated ceramic wares. The neural network model developed for the study was trained BY Pawlowicz in only a few hours using his NVIDIA GPU-enabled PC equipped with a pair of common convolutional neural network models (VGG16 and ResNet50).

Pawlowicz and Downum demonstrated that when trained appropriately, a deep learning model can identify various decorative sherds’ classes with levels of accuracy equal, and at times exceeding, the levels achieved by prominent modern archaeologists. Additionally, a CNN classifier produces similar results on the same collection of sherds every time, unlike a human classifier.

The authors say that further work is needed to improve overall accuracy and extend it to other ceramic wares. The project could also benefit from a larger number of typed shreds for analysis, improving the overall accuracy of the CNN model. The authors also note that collaboration with human archaeologists on the model’s results could offer better type definitions and the elimination of types that cannot be well defined.

Pawlowicz’s next step is to utilize the NVIDIA-powered systems at Northern Arizona University to analyse complex models on much larger sample sets. Downum and Pawlowicz hope to build a database that can serve as a central point for image search.