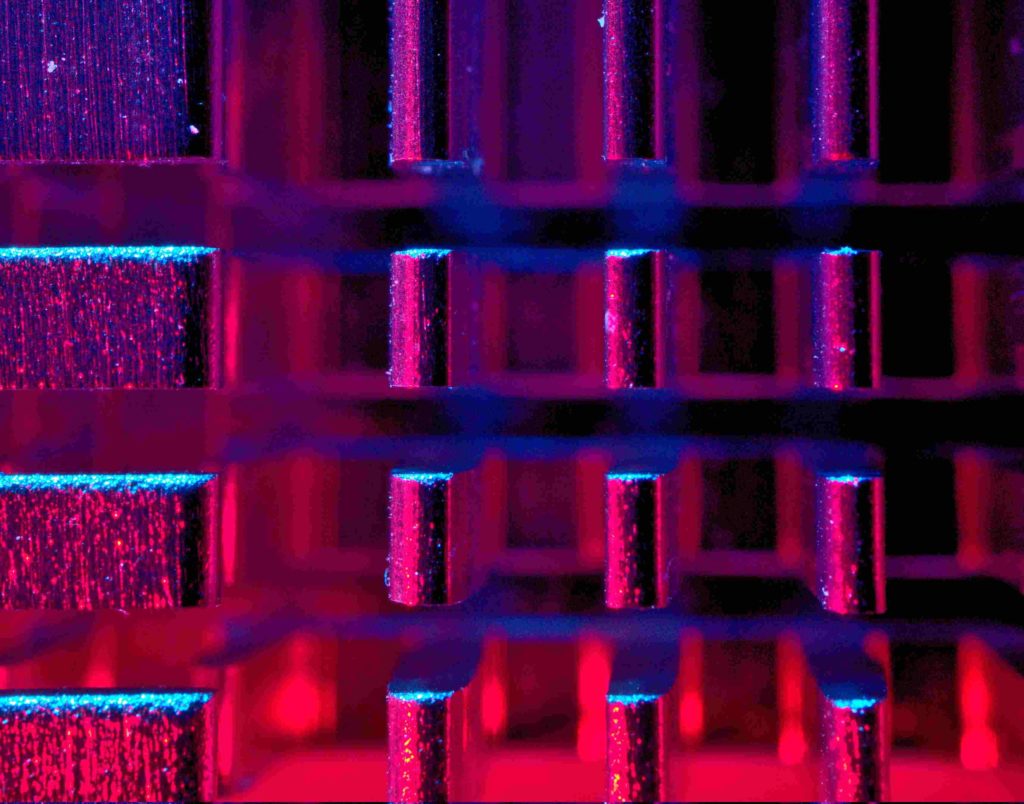 Using GPUs at scale comes with various challenges due to compute-intensive and memory-intensive components. For instance, GPUs that train state-of-the-art personal recommendation models are largely affected by model architecture configurations such as dense and sparse features or dimensions of a neural network. These models often contain large embedding tables that do not fit into limited GPU memory.

So, how does a large organisation such as Facebook leverage GPUs for recommendation models at scale? In order to understand the underlying training system architectures to develop a better understanding of GPU training performance, the researchers at FAIR investigated various components(shown in red in the picture below) in an architecture that affects the efficiency of the model.

The rationale behind recommendation model configurations is as follows:

(Note: Embeddings make it easier to do machine learning on large inputs like sparse vectors. An embedding captures some of the input’s semantics by placing semantically similar inputs close together in the embedding space, which can then be learned and reused across models.)

For their experiments, the researchers used Facebook’s 8-GPU training systems called the “Big Basin” and a new prototype that goes by the name “Zion”.

Currently, to exploit data parallelism, in production, each trainer server holds a copy of the model parameters, reads its own mini-batches from reader servers and performs Elastic-Averaging SGD (EASGD) update with the centre, dense parameter server. Within a trainer, HogWild!

Most of the machine learning is about finding the right kind of variables for converging towards reasonable predictions. Introduced a decade ago, Hogwild! is a method that helps find those variables efficiently.

Parallelisation of the basic SGD doesn’t help. Its inherently sequential nature limits stochastic Gradient Descent’s (SGD) scalability; it is difficult to parallelise. There was no way around memory locking, which deteriorated the performance. Memory locking was essential to reduce latency for between processes. Hogwild!, enabled the processors to have equal access to shared memory and update individual components of memory at will.

According to the researchers, an alternative is to train recommendation models on Facebook’s Big Basin GPU servers, initially designed for non-recommendation AI workloads. Big Basin architecture features 8 NVIDIA Tesla GPUs enabling 15.7 teraflops of single-precision floating-point arithmetic per GPU. Whereas, the bandwidth and CPU compute capacity of Zion is much larger, with ∼2 TB system memory and ∼1 TB/s memory bandwidth.

Though building recommendation models is still challenging, the researchers elaborated a fresh perspective by segmenting components that play a crucial role in training efficiencies:

With this work, the researchers have tried to explore and offer solutions with Facebook’s production-scale deep learning recommendation models that can be used to guide the design of training infrastructures.