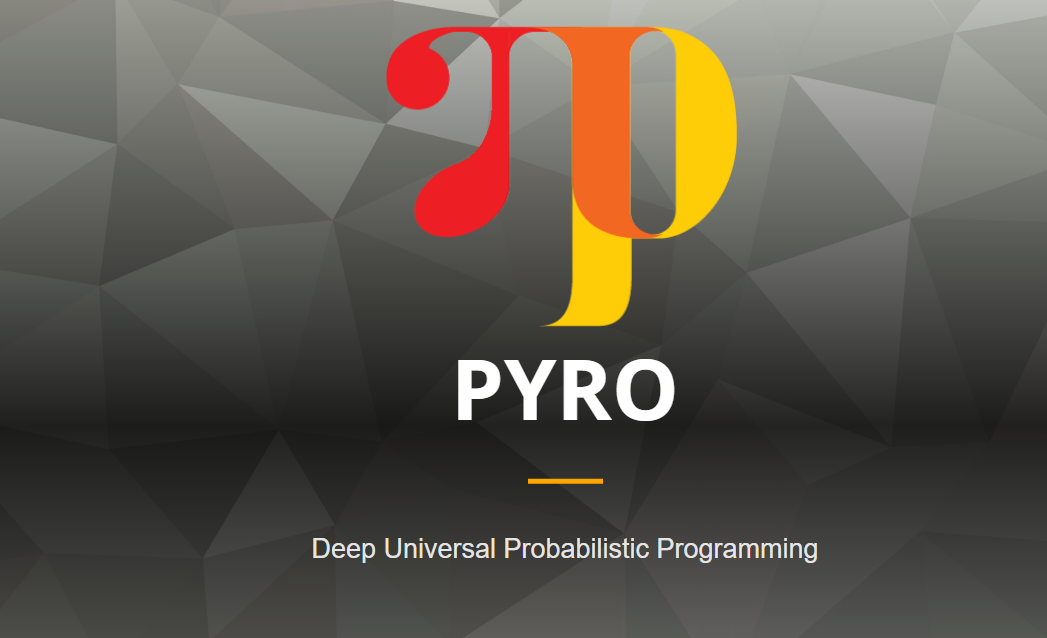 A zealous learner aspiring to advance in the domain of…

Pyro is a state-of-the-art programming language for deep probabilistic modelling. It is a flexible and scalable probabilistic programming language (PPL). It unifies the modern concepts of deep learning and Bayesian modelling. It has been written in Python and built on top of Pytorch. The Uber AI Labs introduced it in 2017. A team now maintains it at the Broad Institute in collaboration with its developer community.

Before moving on to Pyro’s details, we will briefly talk about its base library PyTorch, which it utilizes as an underlying tensor computation engine.

PyTorch – the backbone of Pyro

PyTorch is an open-source ML library based on the Torch framework designed for scientific computing. Developed by the Facebook AI Research (FAIR) Lab, it is extensively used in applications such as Natural Language Processing (NLP) and Computer Vision (CV). It includes automatic differentiation using rapid-paced, GPU-accelerated tensor math. It constructs gradients dynamically.

Since Pyro uses PyTorch at its backend, Pyro programs include stochastic control structure. In other words, random choices in a Pyro program can control other random choices in the program. Stochastic control structure makes a PPL universal. Thus, Pyro can represent any probabilistic model, while providing automatic optimization-based inference and hence, it is said to be a ‘universal PPL’.

Pyro can be installed using pip command as follows:

Suppose we have a weighing scale that tells us the weight of an object it holds. But the scale lacks accuracy and gives different measurements each time we weigh a given object. Assume, the scale’s errors form a normal distribution around that object’s actual weight, with a standard deviation of 0.1kg. We describe the scaling process and infer the true weight using Pyro in the implementation below.

We have used Python 3.6.9, PyTorch 1.7.0 and Pyro 1.5.2 versions for this demonstration. The step-wise explanation of the Google colab code is as follows:

#Set a random number generator to some default value

#Import Seaborn and Matplotlib for visualization

Note: The output may vary as many times as you execute the code.

It can be seen from the output that every time we do not get the same measurement results. The observations are not always shown to be 0.6.

Note: The output may vary as per the output of measure() method in each step.

The process done in this step involves somewhat tedious calculations though it gives satisfactory results.

The task is to find out the likeliest true weight of the object for which we got the above observations on our scale.

Such are the questions where probabilistic programming comes into picture. We will use Pyro to handle the query as follows:

First, form a torch tensor (multi-dimensional matrix having elements of a common datatype) of your observations.

Note: Warmup phase (also called burn-in phase) in MCMC refers to the early phase of statistical modelling in which sequences get closer to the distribution’s mass.

#Send our observations to the MCMC model and run the model

The output shows that the median of the distribution is 0.77. The MCMC algorithm is 95% confident that the object’s weight lies in the range of 0.69kg-0.85kg. The mean of these values i.e. 0.77kg shows that the actual weight is very close to this figure.r_hat is the degree of convergence of a random Markov Chain. N_eff shows the number of effective samples plotted in the histogram.

To have an in-depth understanding of the Pyro PPL, refer to the following sources:

Introduction To Infer.NET – A Framework For Probabilistic Programming in DOTNET