Guide to SOLO and SOLOv2: Ways To Implement Instance Segmentation By Location 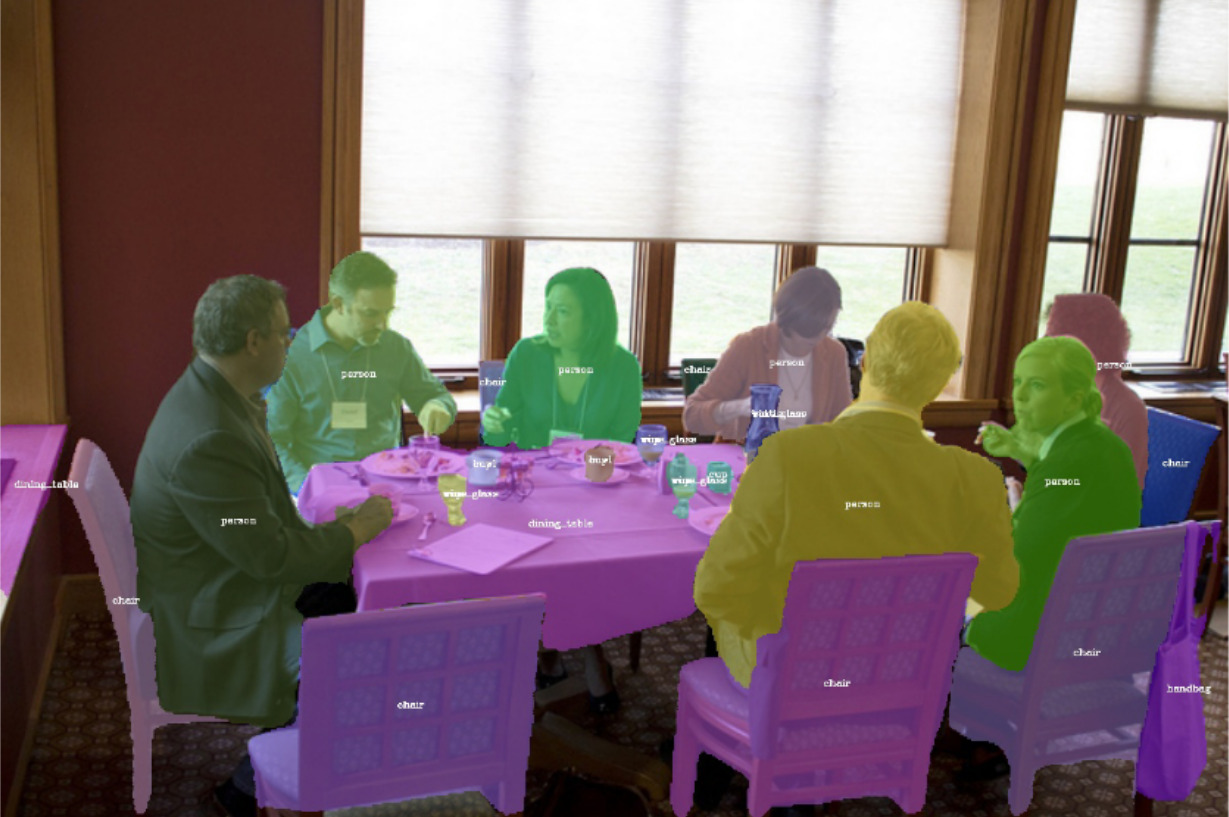 SOLO was introduced by Xinlong Wang and Chunhua Shen at The University of Adelaide, Australia along with Tao Kong, Yuning Jiang 2 and Lei Li of the ByteDance AI Lab in July 2020 (revised version v3). Click here to read the research paper.

Before moving on to the details of the SOLO approach, let us first understand the concept of instance segmentation.

SOLO reforms the task of instance segmentation into two simultaneously performed classification tasks. It first divides an input image into uniform grids. If the centre of an object lies in a grid cell, that cell has to perform the following two tasks:

Recent instance segmentation methods follow one of the two approaches:

The above paradigms are step-wise and more importantly ‘indirect’ i.e. they rely on precise detection of bounding boxes or embedding learning followed by pixels’ grouping process. On the contrary, SOLO is a ‘direct’ approach relying on full mask annotations.

The installation process is based on MMDetection (v1.0.0) (MMDetection is an open-source toolbox based on PyTorch and used for object detection).

Script for setting up SOLO with conda and linking the dataset path is as follows:

Once the installation is successfully completed, download the required model (list of provided models is available here) and then run the .py code file coded as follows:

Download checkpoint from the model zoo and place it in ‘checkpoints/’

Build the model from config file and checkpoint file

Train with a single GPU

Test with a single GPU

The above-mentioned bottlenecks of SOLO are eliminated by a dynamic and faster framework called SOLOv2.

SOLOv2 was proposed by Xinlong Wang and Chunhua Shen of The University of Adelaide (Australia), Rufeng Zhang of Tongji University (China) as well as Tao Kong and Lei Li of ByteDance AI Lab in October, 2020. Refer to the SOLOv2 research paper to understand its working and underlying concepts.

SOLOv2 is a dynamic scheme for segmenting objects by locations. It divides the mask learning process into two parts: convolution kernel learning and feature learning. It predicts mask kernels dynamically according to the input while assigning appropriate location categories to different pixels. It then constructs a unified and high-resolution mask feature representation for instance-aware segmentation. The process of learning the mask kernels and mask features can be carried out separately with efficiency. To prevent duplicate predictions, it employs a matrix NMS algorithm

Train the model on COCO

Evaluate the model on COCO

Refer to the following links to have a deep understanding of SOLO and SOLOv2: