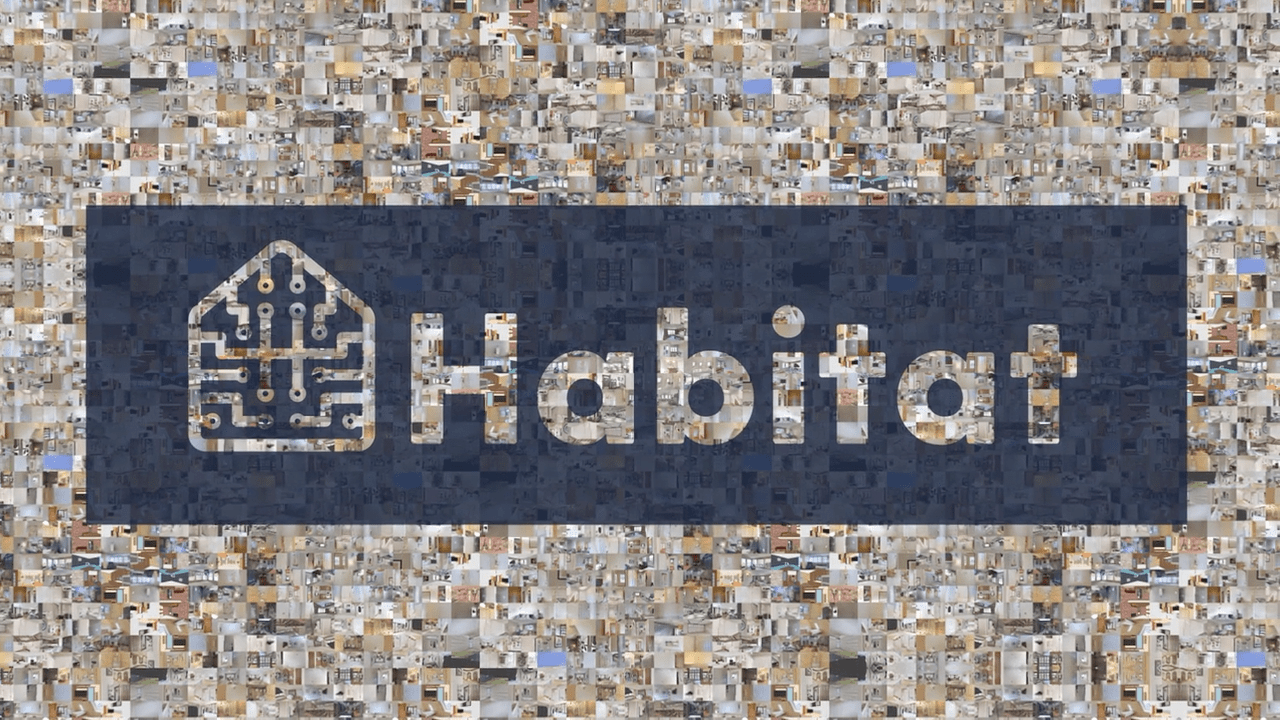 A zealous learner aspiring to advance in the domain of…

AI Habitat is a simulation platform developed with an intent to advance research in the domain of Embodied AI. It trains embodied agents (such as virtual robots and egocentric assistants) in highly photo-realistic 3D environments. It embeds within the trained agents crucial features such as active perception, long-term planning and interactive learning which distinguish them from ‘internet AI’ based models which learn from static data available on the internet.

The platform is named as ‘HABITAT’ since it is the place where the trained agents live!

Watch the following video to have a glimpse of AI Habitat.

Before moving on to the details of Habitat, let us understand the concept of Embodied AI in order to have a greater insight of Habitat’s practical applications.

Embodied AI is an advanced type of Artificial Intelligence which enables learning through interaction with the surrounding environment. It does not rely on static datasets (such as ImageNet, COCO, VQA) comprising images, videos, and text. In simple terms, it is the study of intelligent systems which involve physical or virtual embodiment (such as robots or trained assistants).

The concept of embodied AI is based on the embodiment hypothesis according to which, “intelligence emerges in the interaction of an agent with an environment and as a result of sensorimotor activity”.

Conventional AI practices face certain difficulties when dealing with real-world situations. For instance, a Computer Vision powered by AI may work well in controlled conditions such as a closed room but its performance may deteriorate when exposed to realistic situations such as varying distances and orientation. Unlike the strictly algorithm-led approach of such traditional AI practices, embodied AI practitioners try to first understand the working of biological systems, then develop general principles of intelligent behaviour and then apply that knowledge to build artificial intelligent systems.

Why use a simulation?

If we deploy an embodied agent in the real world, it cannot run faster than real-time. Besides, it can cause harm to anyone or even to itself in case of some malfunction. The environments in which it can execute are highly expensive to create and also difficult to reproduce at times.

On the contrary, simulations can run way faster than real-time and can be parallelized too. The process of training and testing the agent in simulation is safe, cheap and systematic. Once the development and testing phases are completed in simulation, it can be transferred to physical platforms.

Are you curious to know about these components? Proceed further and explore!

Habitat-Sam is a flexible, high-performance 3D simulator. It comes with configurable agents and multiple sensors. It has built-in support for several generic 3D datasets such as MatterPort3D, Gibson, Replica, and more. When rendering a scene from the MatterPort3D dataset, Habitat-Sim achieves an excellent performance of thousands of frames per second (FPS) running single-threaded. It also reaches 10,000+ FPS multi-process on a single GPU!

Habitat-Lab is a modular high-level library for end-to-end development of embodied AI agents. It facilitates defining embodied AI tasks to be carried out by the trained assistant e.g. navigation, user-interaction, following manual instructions and so on. It also enables configuring the agents (such as its physical structure and embedded sensors), training those agents (through imitation, reinforcement learning or no learning at all as in the classical Simultaneous Localization And Mapping (SLAM) problem) as well as comparing their performance using standard metrics.

Here is an example code to set up a PointNav task using Habitat in which the designed embodied agent’s task is to move from a source location to a target location. Consider that the user himself is the agent which should move based on the key controls.

Prerequisites for the implementation:

All the information required to handle embodied tasks with a simulator is abstracted inside the class called Env belonging to habitat.core.env package. It acts as a base class for other derived environment classes. It consists of three major components: dataset (episodes), simulator (sim) and task and connects them together.

Reset the environments and returns the initial observations

Perform an action in the environment and return observations

Increase the step count once the action is performed

Print out the total number of steps covered

Running the above code will initialize an agent inside an environment which can be moved using ‘f’, ‘l’, ‘r’ and ‘q’ keys. On the terminal, a destination vector in polar format will be printed with distance and angle required to move to reach the goal. Once we are within 0.3m of the goal, we can press the ‘q’ key to stop and finish the episode successfully. If our finishing distance to goal exceeds 0.3m or if we spend more than 500 steps in the environment your episode will be unsuccessful.

In addition to the habitat.core.env package used in the above demo code, other packages provided by the Habitat community are listed below. Click on the corresponding link to learn in detail about the associated classes, methods and properties.

Visit this page to get an advanced level illustration of training a dragon embodied agent using Habitat along with a video-based explanation as well as Colab code notebooks.

Refer to the following sources to dig deeper into the concepts of AI Habitat: