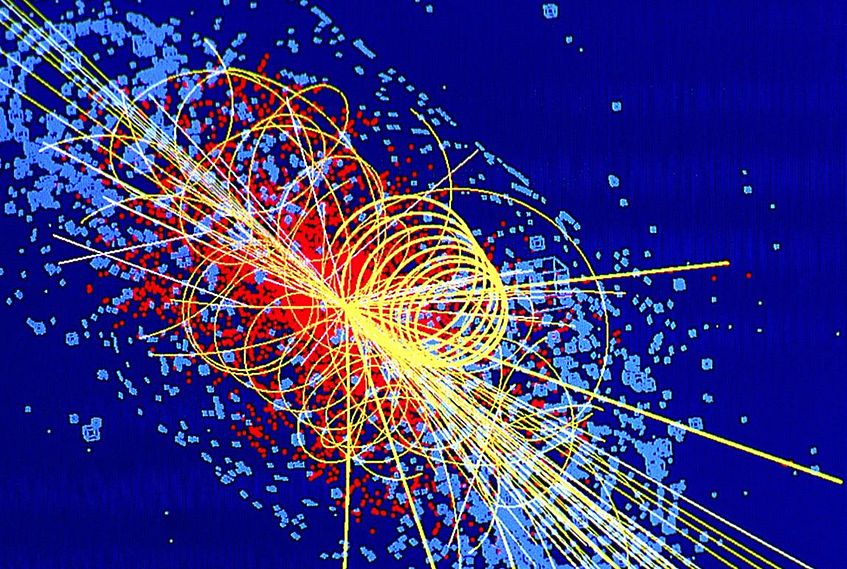 In 2014, the CERN released Higgs challenge that realised the potential of machine learning applications in high energy and particle physics. CERN was exploring new ways to improve the cross-fertilization of the two fields by setting up a data challenge, following the footsteps of, among others, the astrophysics community (dark matter and galaxy zoo challenges) and neurobiology (connectomics and decoding the human brain). Taking this trend forward researchers at Harvard University, Anders Andreassen, Ilya Feige, Christopher Frye, Matthew D. Schwartz, built and released a framework JUNIPR : “Jets from UNsupervised Interpretable PRobabilistic models”.

The framework uses unsupervised learning, where the algorithms learn the intricate high-dimensional features of the data upon which it is trained, without reference to pre-established labels. JUNIPR is primarily built for three applications:

The researchers try to apply unsupervised machine learning in jet physics. A jet is a narrow cone of hadrons and other particles produced by the hadronization of a quark or gluon in a particle physics or heavy ion experiment. Jet images are suitable for the application of techniques from image recognition to discriminate jets of different origins. While the two-dimensional image acts as a natural representation of a jet, especially from an experimental standpoint, the four tuple  of individual jet constituents provide a more fundamental representation and is vastly suitable for the input to a neural network.

JUNIPR works to build a general probabilistic model by training in an unsupervised way. Consider a set of 4 final-state  p1, . . . , pn that we hereafter refer to as “the jet”. JUNIPR computes the probability density Pjet({p1, . . . , pn}) of this set of set arising in an event, assuming the event selection criteria used to select the training data. The researchers’ neural network based implementation of the model, uses a RNN with hidden state augmented by dense neural networks for the probability distributions.

The usual norm in machine learning in physics is supervised learning, while the training examples are typically simulated by Monte Carlo generators, labels coming from the underlying physical processes being generated. But the researchers state that the power of having access to the probability distribution underlying the data should not be underestimated and hence it makes sense to figure out how to make unsupervised learning for particle physics.

The researchers wanted to test a proof-of-concept demonstrations of JUNIPR’s various applications. They trained the implementation described in the above section using jets simulated in Pythia v8.226. We simulated 600k hemisphere jets in Pythia. Pythia is a Monte Carlo software project that has been developed from high-energy collider physics data. Before sending the data to be processed by JUNIPR, jets in these data sets must be clustered. This was done by using FastJet which is written by Matteo Cacciari, Gavin Salam and Gregory Soyez and provides fast native implementations of many sequential recombination algorithms and clustering techniques.

Given a jet, JUNIPR can compute the probability density associated with the momenta inside the jet. Another direct and powerful application of the JUNIPR framework, enabled by having access to separate probabilistic models of different data sources, is in discrimination based on likelihood ratios. The design of JUNIPR is such that it processes the information in jets by monitoring the evolution of clustering trees and this allows users of JUNIPR to look inside the structure and access the probabilities at each branching.  Another exciting application is by visualizing JUNIPR’s discrimination power on jets, based on the likelihood ratio it assigns at each branching in their clustering trees. These kind of visualization could provide much needed hints that new observations that can be easily interpreted.

Another less obvious use of JUNIPR is sampling new jets from the learned probability distribution to generate traditional observable distributions. It is very familiar approach to jet physics since the need for data is huge. Sampling from JUNIPR is very efficient and users can  sample from the low dimensional distributions at each step and feeds those samples forward as input to subsequent steps.

Through this research, Harvard physicists demonstrated a way to use neural architectures to analyze the movements of particles in jets. There is a new trend of using neural network in sciences whenever multi-variant problems are to be analysed. Hence it makes it easy for scientists to use a framework like JUNIPR to better analyze and predict patterns in the streams of data generated by large-scale physics experiments.

The researchers stated, “We scaffold the neural network architecture around a leading-order description of the physics underlying the data, from first input all the way to final output. Specifically, we base the JUNIPR framework on algorithmic jet clustering trees.” They further added,  “The JUNIPR framework yields a probabilistic model, not a generative model. The probabilistic model allows us to directly compute the probability density of an individual jet, as defined by its set of constituent particle momenta”.