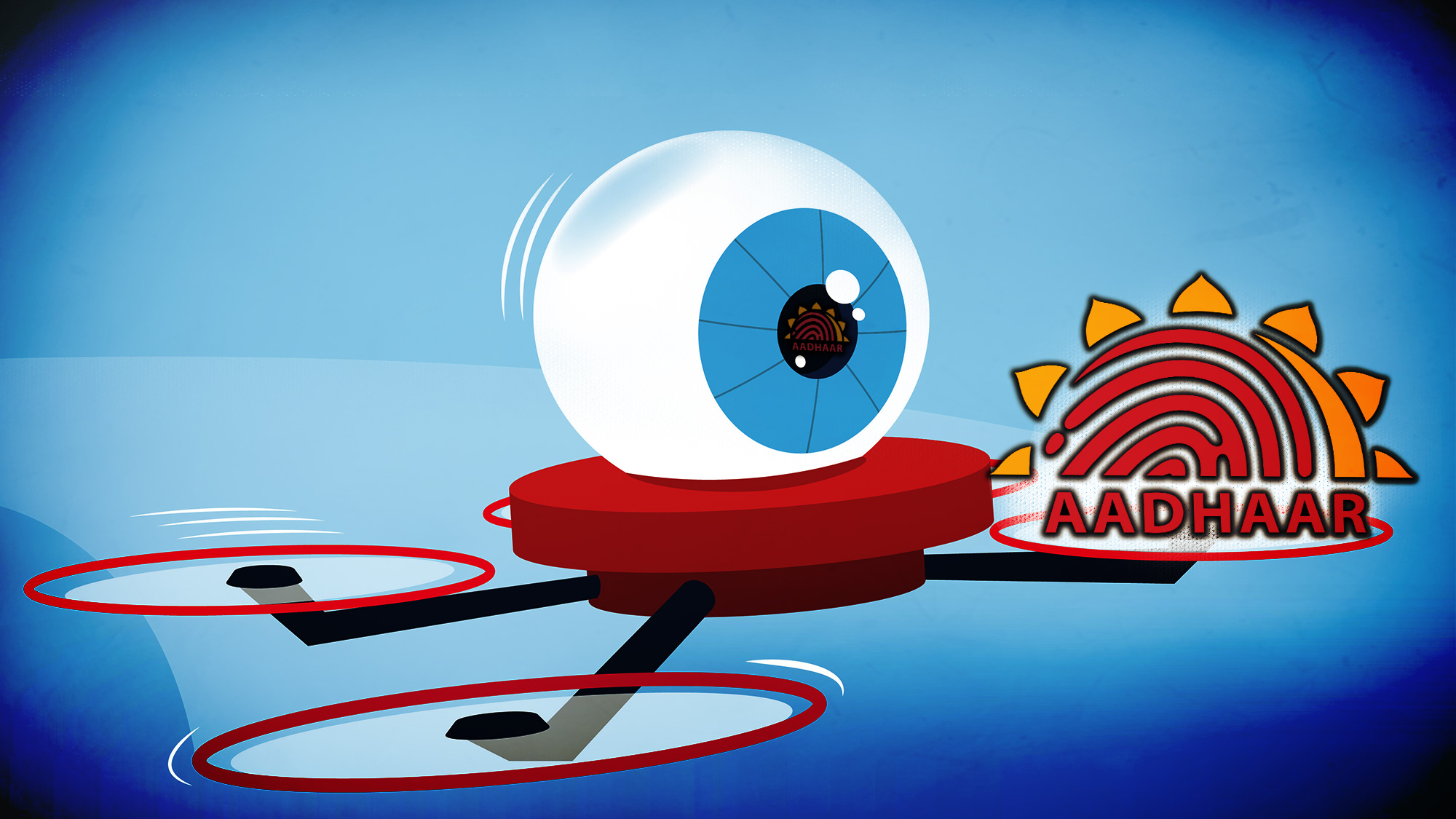 Aadhaar, the world’s largest biometric database and what has been called the “most sophisticated ID programme in the world”, has recently been coming under media fire. However, the fact remains that Aadhaar is now only of the biggest structured and clean data lakes in the world, providing a bevy of information on citizens.

This article will take a look into whether this data can be utilised by the Government of India to create an AI that will give them greater power over the activities of Indian citizens, and whether it will lead to a ‘cold’ surveillance state.

Aadhaar contains the world’s biggest collection of personally identifiable and biometrically verifiable information on Indian citizens. It is a 12 digit random number that cannot begin with 1 or 0, and is designated as “Unique Identity – Aadhaar”. Aadhaar numbers are blocked upon the death of its holder. It is a service available to any citizen of India, and it cannot be substituted for a proof of citizenship, as it is simply a proof of identity. 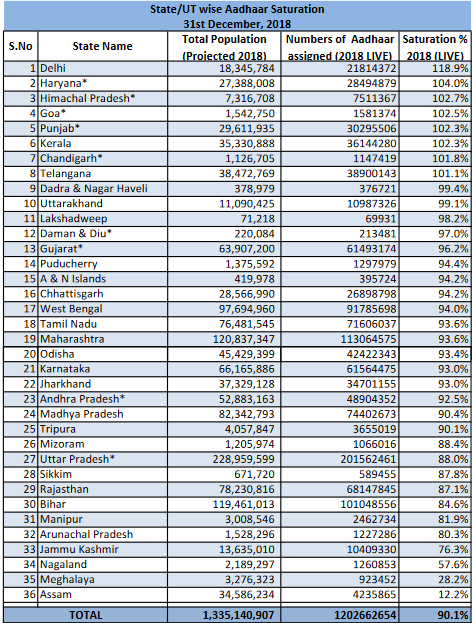 The Aadhaar programme began in September 2010 when the Government of India wished to bring a verifiable identity system to the everyman. UIDAI was established as a wing in NITI Aayog, the nation’s think-tank.

They proceeded to roll out Aadhaar, with heavy government funding from 2013 onwards. UIDAI was able to develop their own software for use with Aadhaar and then proceeded to roll out Aadhaar application camps in schools, offices, businesses and colleges. The procedure involves taking the photo of the applicant, filling out their details in a form, and gaining biometric identification through fingerprint, and more recently Face ID.

The ease of access and cheap cost of producing Aadhaar (less than $1) led to a huge push for Aadhaar adoption, resulting in more than 90% of the total population being issued the biometric identifier by the end of last year.

As seen by the charts, Aadhaar coverage is low in Assam, Nagaland and Meghalaya, where enrolment has only started in March of last year. Against a total population of 1.33 billion, UIDAI was able to assign 1.20 billion Aadhaar numbers, thus translating into 90% of the population possessing Aadhaar.

The reason the Indian government created such a big push for Aadhaar is that they wished to link it with multiple services. They aimed to create a centralised database of information that cannot be faked, tied up with every other system that requires the identity of an individual to be verified. This is what Aadhaar has become today.

It was delivered with the aim of being a “potentially transformative way” for citizens, businesses and the government to conduct interactions. Currently, Aadhaar is integrated into almost every public service such as applying for an LPG connection, benefits under pension schemes, a PAN card, opening a bank account, activating a new SIM card, e-signing, and wherever an identity proof is required.

Potential applications of this would mean that if the citizen used Aadhaar for both obtaining a bank account, any financial activities would be tracked across his/her identity. This could potentially let the government protect against criminal activity by monitoring suspicious transactions in linked accounts. It is one of the many examples of how Aadhaar can provide insights into citizen’s lives, as they are technically tied under one identity each.

It is not a stretch to propose that the government might implement an AI to learn from patterns in Aadhaar data, as the previous management of UIDAI was by NITI Aayog. NITI Aayog is one of the biggest parties pushing for AI adoption in India, and have even drafted a strategy to push for the higher penetration of AI products into Indian companies. If the government were to train an AI on Aadhaar data, they would be able to profile the last of the individual’s transactions and activities.

While this would pose a privacy threat to the citizens of the country, the Government has already shown that this is not a matter of concern for it. The 12-digit Aadhaar number does not provide any security against personal information being misused, as anyone can obtain information on the identity of the cardholder. Even as this is a serious breach of the citizens’ privacy, the Indian government continues to push the adoption of Aadhaar as a linking mechanism.

For example, through Citizen A’s Aadhaar, the details of his bank account can be accessed. This can then be combed to find transactions to other suspicious or unrelated parties, or detect money laundering activities. The physical identity of the individual can then be uncovered, using the registered mobile number and address. After storing in a database for suspicious individuals, he could then be flagged when attempting to conduct further such activities, again through the use of his Aadhaar.

An algorithm with predictive properties could also give authorities a ‘heads-up’ on the activities of individuals. This would not only provide granular perspectives into every citizen’s life but also make sure that Big Brother is always there. While this is necessarily not a formula for a surveillance state, it will still impose an aura of being watched upon the people.

However, Aadhaar has already demonstrated that it is here to stay, as it is quickly becoming integrated into the lives of Indian citizens every day. Aadhaar is now a necessity to be a functioning citizen in the country, and will soon become a norm. Even as new advancements continue to occur in terms of integration and adoption, an AI trained on this data might as well become the eye in the sky.