One of the most technologically advanced political parties, the Aam Aadmi Party, is young and yet holds compelling election campaigns. We contacted Pawan Bhardwaj, a senior consultant at AAP, to find out how they employ data analytics to create winning strategies 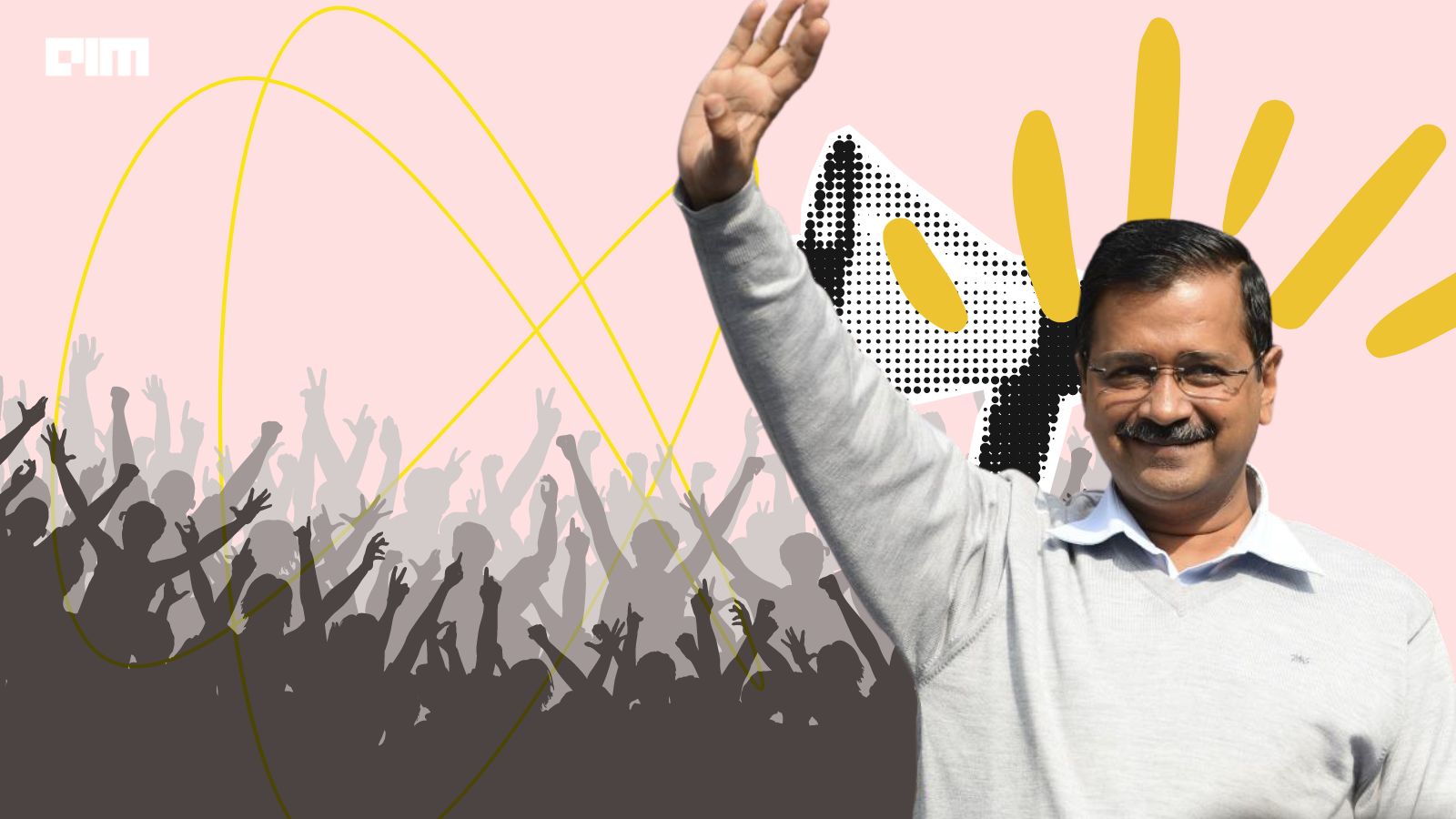 The Aam Aadmi Party (AAP) has tasted success in a relatively short span owing to good leadership and political strategists. Contributing equally in their sturdy growth are AAP’s in-house data analysts who have a keen eye on the political climate in the region and develop policies in line with their findings.

Pawan Bhardwaj, a senior consultant for AAP and a former IPAC member, spoke at length with Analytics India Magazine about using data analytics in political campaigns. Bhardwaj has elections in Punjab, Goa, and Uttrakhand under his belt.

We let curiosity take centre stage and asked Bhardwaj if there was any direct communication between politicians and data experts. “Yes, if you work for a specific political party, the politicians communicate directly with data analysts. I have given reports to numerous MLAs, one MP, and even the CM once. But due to privacy concerns, many prefer not to participate in the process,” Bhardwaj explained.

“If you are working for a political consultancy, only the reporting manager has access to politicians, but again, it depends on the policy of the organisation,” he added.

Bhardwaj calls data analytics the foundation of modern political campaigns. However, before developing any strategy, a data analyst, in his opinion, must comprehend the essence of the state. “Let’s say that a year before the elections, we make inroads into a state for a specific party. We must have a thorough understanding of the situation before developing a campaign strategy. We concentrate on the needs and expectations of the populace, the demography, the results of the most recent elections, caste and religious disparities, and most importantly, our party’s political ideology,” he said.

Without these, Bhardwaj claimed, it would be challenging to create a year-long political campaign. “Only after knowing these things can political campaigns with a one-year schedule be developed, and if you want to grasp these in quantitative form, you may do that by employing data analytics. The execution and monitoring of these programmes would also involve analytics.”

Political parties have access to a vast amount of data, most of which is utilised to influence voter sentiment. On being probed as to how these parties obtain information, Bhardwaj responded, “There are multiple forms of data which are used; some data are available in the public domain, while others are collected through various campaigns. Calculating social media data is simple since everything is already in the public domain.”

Notably, social media websites such as Instagram, Twitter, Quora, Tinder and LinkedIn don’t even require the organisation to notify the user of their data being used. “You need to do a ground survey if you want to get information about local problems or leaders’ feedback. Political parties may exchange information about their cadre or post holders. In all, there are three to four different sources to obtain data: secondary research, ground survey, computer-assisted telephone interviews (CATI), and third-party vendors.

What kinds of tools are employed at the backend?

There are several tools used in the process depending upon the task at hand. Bhardwaj says these could be mobile apps for data collection, campaigns, and even live dashboards. “For tiny datasets, Excel is the most user-friendly and efficient tool. To work with big datasets, one can utilise R, Python, or another coding language.”

“Data analysis is a prerequisite for creating any marketing strategy. How can you create a campaign without having a clear understanding of the needs of the target audience? The second phase is proper execution and monitoring, but the first requirement is having the right message to express,” Bhardwaj said.

When asked if he had ever met Prashant Kishor, the political analyst who is often referred to as ‘the Kingmaker’, he said, “Yes, I have met him many times in various meetings. He was the first individual, as far as I am aware, to introduce data analytics in Indian politics.”

When asked about his research methods, he said there were numerous. For various jobs, there are different techniques. “We generally divide the data and technology components into several activities. The technical aspect entails keeping servers and programmes up-to-date. The daily thorough examination of all social media statistics is part of the social media component. The comprehensive analysis of past Lok Sabha, Vidhan Sabha, and local body elections is part of the retro portion,” he explained.

“While real-time analysis entails having a thorough awareness of the state of affairs in every region, the campaign feedback comes next.”

What is the success rate?

“I won’t be able to quantify the success rate, although for some tasks it’s quite high and for others, it’s not so excellent. By analysing retro data, we occasionally gain valuable insights. For instance, the survey is the most crucial component of data analytics, and I have conducted political surveys for close to 7-8 states. Although the survey is not an exact science and depends on many factors, we analyse various methods and use the one best suited to our needs. As a result, we are able to make very good predictions,” Bhardwaj said.

When asked about the number of data analysts on the team in political parties, Pawan responded, “There is one reporting manager and about seven for different jobs. There are several duties that must be delegated to suppliers, such as sample collecting, digitisation, custom programmes, etc.”