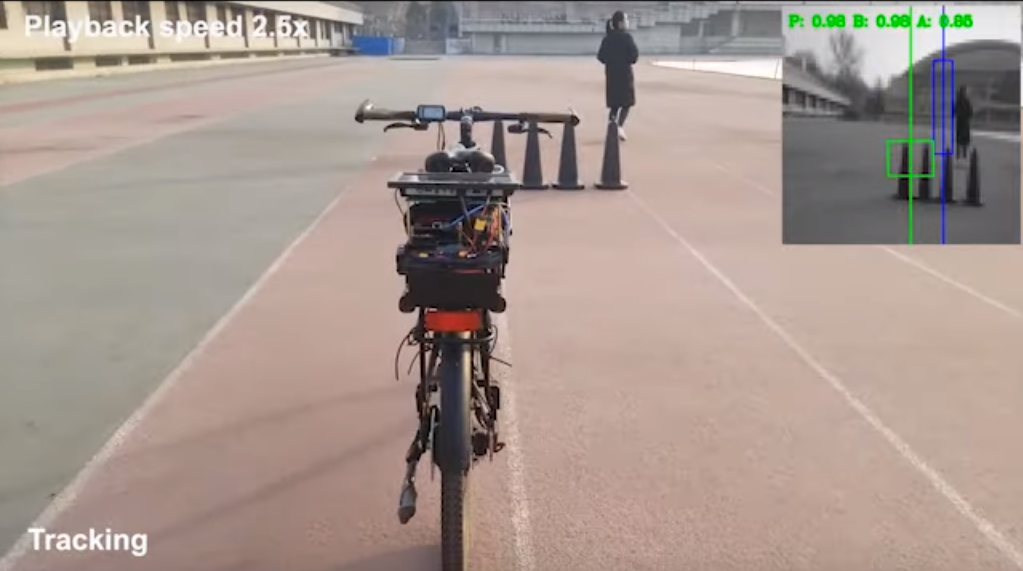 Self-driving vehicles are perhaps one of the most intriguing advancements today. And over the years, what was just a concept has become a reality ­— whether it’s Tesla or Google Waymo. But today, it’s not just cars, who are equipped with autopilot, bicycles have entered the space as well.

On 31 March 2016, Google Netherlands YouTube channel shared a video of a self-driving bicycle which enables cyclists to freely do other things while they ride through the city, which was also thought to be an April Fools’ Day prank.

However, Google later revealed that it wasn’t exactly a prank as the search giant posted a behind-the-scenes video.

China’s Makes A Move To Towards AGI

It’s been over three years that Google released the self-driving bike gag, and surprisingly, the concept has become a reality today. A video has gone viral on the internet that shows a bike walking his man.

Many were thinking it to be a prank again; however, that’s not true — a real-world demo of how AI can work with specialized hardware and overcome the challenges of machine learning algorithms.

This is not the first self-driving bike, talking about other instances if self-driving bicycle, in 2018, a team of students from Tsinghua University in Beijing, China, have created a self-riding bicycle which could auto-balance.

The prime motive behind this project was to keep the cycle balance. And for that, the students chose the most similar method to a man-made use of centrifugal force produced by controlling the handlebar to keep its balance.

But among all the other autonomous bikes, this recent innovation is gaining more attention and the very reason is the fact that it is AI-enabled and it’s not just about self-balancing. The bike is not only capable of riding by itself, self-balance, avoid obstacles, take turns, but it can also understand human voice instructions and make independent decisions.

But what set this innovation apart is the brains behind the bike — the fact that it is powered by a new kind of hybrid computer chip, called Tianjic. A team made up of members from a host of institutions in China, one in Singapore and one in the US, has built this advanced chip. According to a paper, there are two approaches to developing artificial general intelligence (AGI) — its either through machine learning or by brain-inspired computing.

In most of the cases, the two approaches are kind of difficult to merge and make things work because of communication difficulties between the two systems. However, the experts have found ways to make them work and this hybrid chip is a combination of both — it can accommodate computer-science-based machine-learning algorithms and brain-inspired circuits and several coding schemes. Furthermore, the chip is designed and built in such a way that it can process algorithms and models in the unmanned bicycle system simultaneously.

Talking about the autonomous bicycle, there was a time when the whole world was talking about driverless cars, in 2014, Chinese multinational technology company Baidu was already working on an autonomous bike with the same concept. The idea was to develop a bike that could not only ride around avoiding obstacles and navigating complicated road conditions, but also a bike that could identify its owner in some way and the project was being carried out in Baidu deep learning laboratory (Institute of Deep Learning, Idl).

To know more about the nuts and bolts of this top-notch hybrid computing chip, you can refer to our article, “What’s The Whole Commotion Regarding China’s Tianjic Chip About?”

This entire event also shows how far China has gone when it comes to artificial intelligence. There was a time when the nation was struggling to build its own chip industry, but today, the scenario has completely changed. China has pushed itself to accelerate not only the chip industry but also the AI space with serious innovation and massive investments.

Over the years, it has made substantial strides in the field, and today, the Chinese AI startup ecosystem is well known for its cutting-edge technology solutions, making the nation the AI superpower of the world. Furthermore, the nation is aggressively working towards becoming a $150 billion AI global leader by 2030.

Looking into the future, the researchers of the Tianjic powered autonomous bicycle has prophesied that this innovation has the capability of providing a route toward more general forms of AI. And looking at this recent project, the job Tianjic has done, it seems the words might soon turn into reality.