How Andhra Pradesh Is Emerging As India’s Blockchain Hub 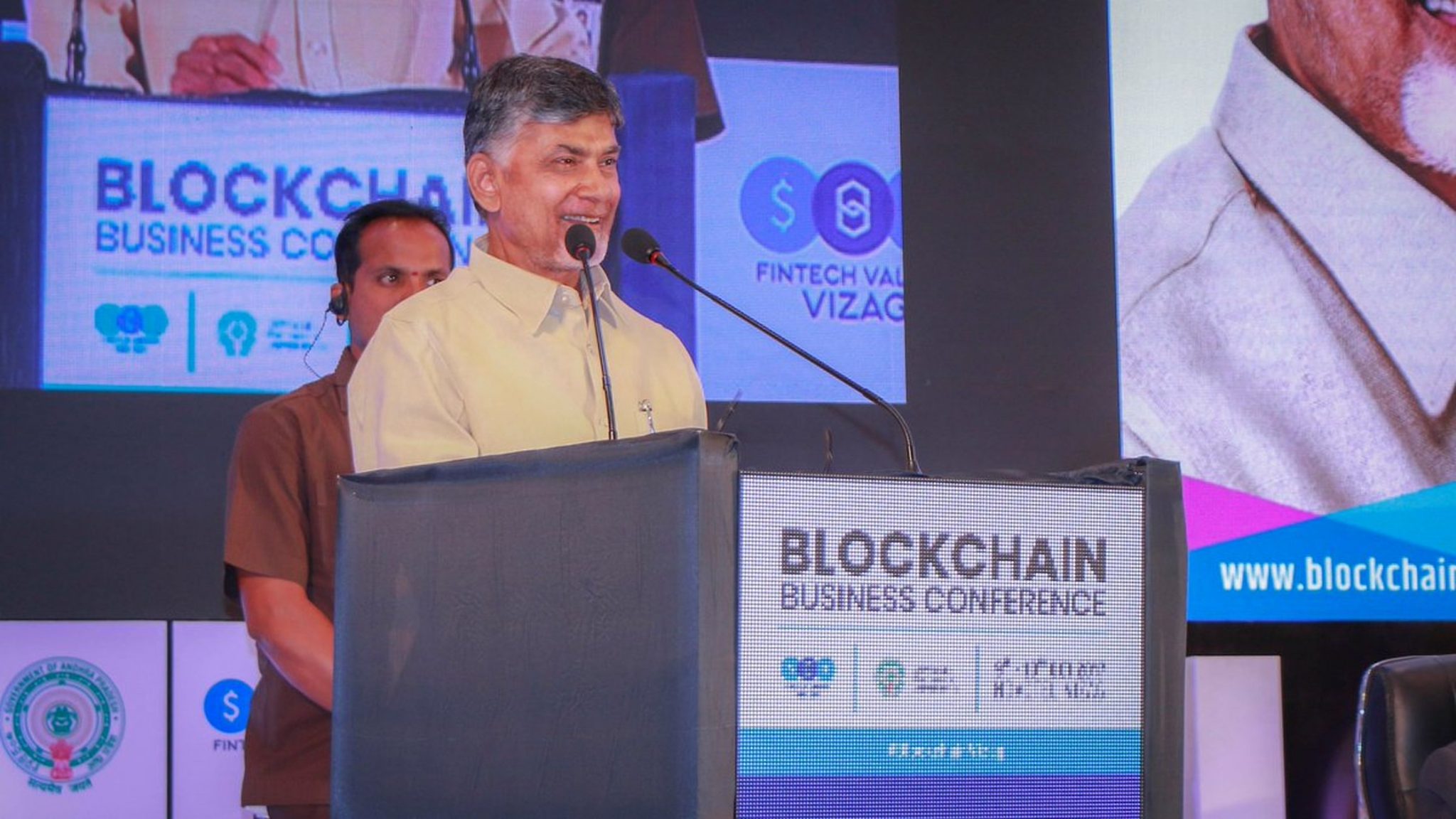 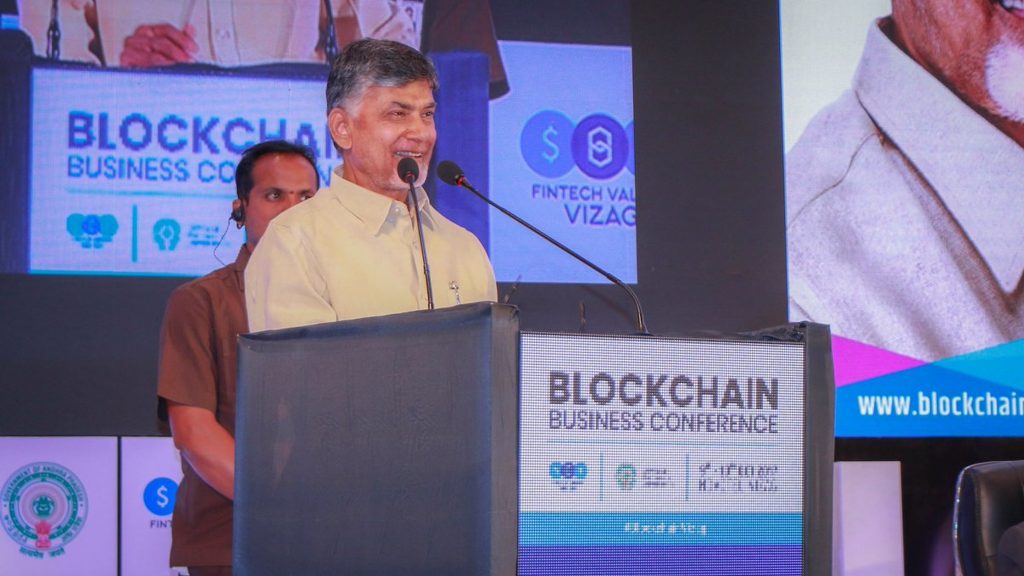 Cryptocurrencies have become a hot theme of discussion since last year and it has taken the world by storm. India too has got on the bandwagon, after which the Narendra Modi-led government had to intervene to curb cryptocurrencies in India. Though the government may have killed the cryptocurrency party in India but the blockchain technology did not fail to catch the fancy of the government.

That makes Andhra Pradesh the first state in the country to introduce pilot projects for the departments of civil supplies and land records in order to protect data of subsidies and land ownership from cyber attacks. Similarly, the technology is used in transport department to streamline titles of the vehicles.

“I want to make Visakhapatnam not only India’s capital for FinTech or blockchain technologies, it will be centre of excellence for the global community,” Naidu said at a blockchain business conference held last year.

Naidu also plans to make the Andhra Pradesh a cashless state. Soon after demonetisation, he has been encouraging people to adopt cashless models of transactions. The state had launched the AP Purse mobile application, linked with 13 mobile banking and 10 mobile wallets, which are also linked with Aadhaar.

Land ownership system is grappling under fraudsters and people often fear being duped with fake land certificates. Land records in most states date back to the colonial era. The disputes over titles often end up in courts. In fact, over 66 percent of civil cases in India are property-related disputes.

According to McKinsey Global Institute, distortion to India’s land markets is a barrier to faster growth, accounting for 1.3 percent of lost GDP growth every year.

To deal with such crisis, the state government wanted to use the technology in managing land records first. Putting India’s land records on blockchain would help in reducing fraud, increase efficiency and in return boost economic growth. It will also lessen the administrative hassle of registration and title transfer.

Once the data on lands or real estate transactions are on blockchain all the parties can involved can track the deal. The technology works by creating public ledgers of all the transactions, replacing a mass of overlapping records with a simple database.

In collaboration with a Sweden-based startup ChromaWay, AP government is building a ledger system tracking digital information that will allow people to collatarise property.

To increase the efficiency further, it also partnered with a Visakhapatnam-based firm for dealing with land records. The state government has so far secured more than 1,00,000 land records through Zebi Data. “We will authenticate the credentials of users, allow them to access the records and give them a certificate. No one can tamper with the database. The buyers, too, can access relevant information on registering with their credentials,” Babu Munagala, founder and CEO at Zebi Data India said.

Vizag has also collaborated with Covalent Fund to develop India-focused blockchain stack. With the help of Velugu Core government will be able to access data through APIs. Later, it will let developers create a range of apps based on the available information. Last year, it has also partnered with KPMG to develop a high potential ecosystem in Vizag.

Recently, the state government has signed a MoU with Malaysia-based cryptocurrency player Belfrics Global to set up an academy in Vizag with Gitam University and for application of blockchain in several government operations. Earlier this month, the government also signed a MoU with New York-based ConsenSys to establish the first Indian cohort of ConsenSys Education.

This year at Davos, the government of Andhra Pradesh signed a MoU with Hitachi. Hitachi will help establish an online governance platform called the Hitachi MGRM Citizen Lifecycle E-Governance in the state.

India was affected by ransomware attack WannaCry last year after the key markets within the country took huge hits. As a result, blockchain would make a huge difference in fostering secure transactions. The blockchain is the only trust protocol that guarantees the safety of all digital and financial assets. The main characteristic of the technology is the data cannot be modified after it is created as a result it can prevent and detect any form of tampering. AP is spearheading the revolution by embracing the technology. The state’s adoption of blockchain technology will help in securing the government data. The state is training police forces on blockchain technology through workshops to prevent cybercrime.

To secure the data from ransomware or cyber attacks, the state is establishing a research and development centre for cryptocurrency in association with RC Bose Center for Cryptology and Security at the Indian Statistical Institute. Other initiatives also include specialized centers of excellence in collaboration with Thomson Reuters, Broadridge for blockchain.

It is also working towards integrating its own e-governance program and securing its assets on blockchain by 2019.

The State also plans to build the largest repository of blockchain use cases in transport, finance and digital security.

After Vizag’s initial success in blockchain technology made other states follow suit. Telangana, Maharashtra, Karnataka and Kerala have also supported the technology and announced pilot projects to ramp up e-governance transparency.

The Central government can take a note out of Andhra’s success to adopt blockchain technology. Bringing blockchain technology into the mainstream will give a boost Digital India initiative, which currently lags far behind expectations. The technology will enable paperless governance with permissions, licences, services and transactions being managed digitally.