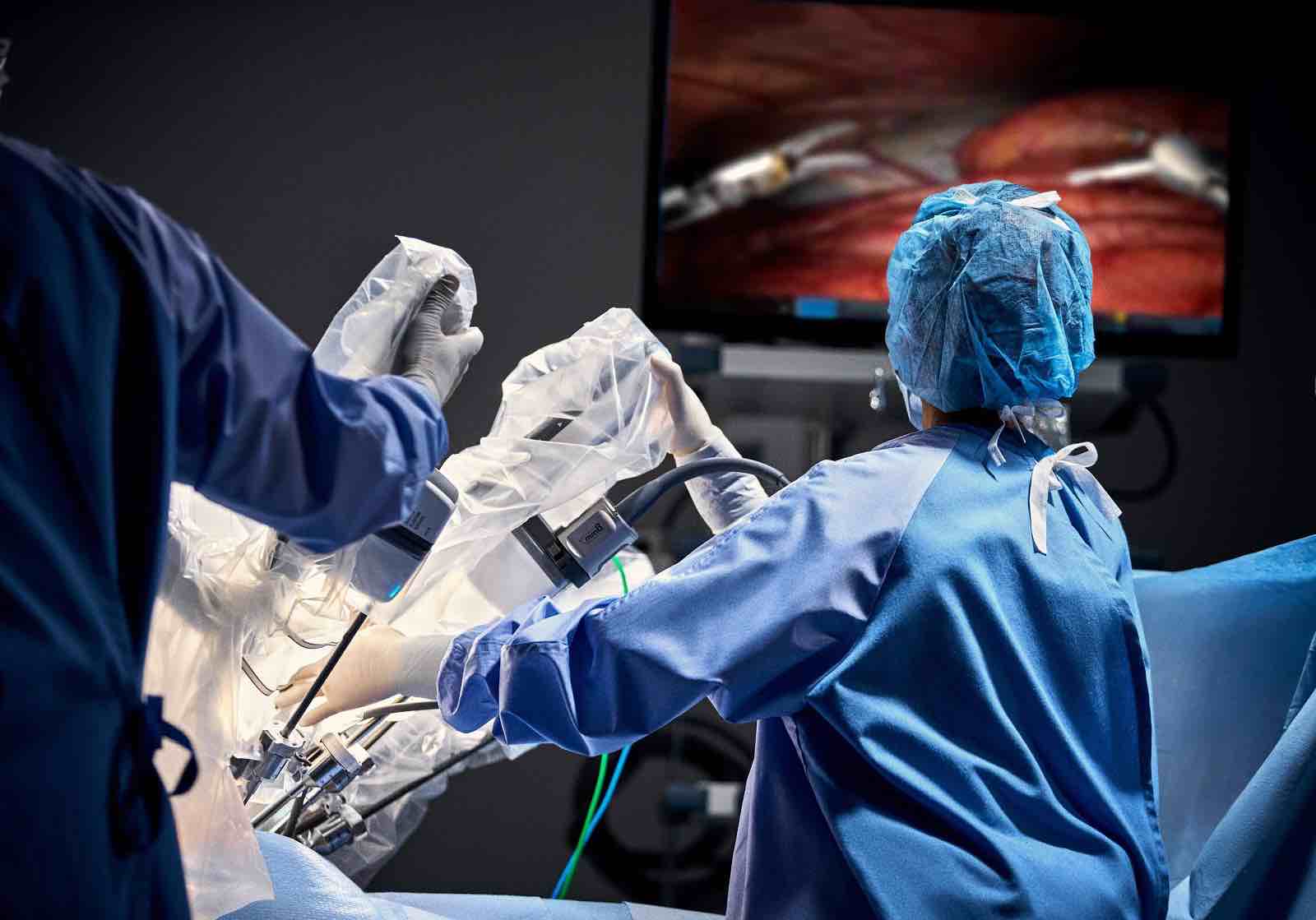 While robotic surgeries offer precise and accurate results, the cost associated has always been a barrier for it to be widely accepted. But, Apollo Hospitals Chennai is one such healthcare provider that has reduced the cost per procedure of robotic colorectal surgeries, making it similar to the cost of a laparoscopic procedure.

Recognised as the headquarter of Apollo Hospitals, Apollo Chennai is a 560 bedded hospital with 15 operating rooms and is also one of the only three dedicated colorectal units in the country. With the aim of conducting more reconstructive procedures, avoid colostomy and offer patients with better postoperative benefits, Apollo Hospitals deployed robots for their colorectal surgeries.

Conventional laparoscopic techniques involve 2D images, limited range of motion and are challenging for doctors as they have to manage the screen and instrument simultaneously. However, with robotics, the Apollo Chennai surgeons are provided with 3D vision, enhanced dexterity and greater precision, making it possible for them to perform complicated dissections or reconstructions with much ease.

“Robotic-assisted surgery has been a breakthrough in healthcare by bringing in an incomparable degree of precision to minimally invasive surgeries,” said Dr Venkatesh Munikrishnan — the consultant robotic colorectal surgeon and clinical lead at Institute of Colorectal Surgery, Apollo Hospitals, Chennai. “It makes the complicated procedures simpler with its 3D imaging, enhanced accuracy, precision in surgical depth and bionic arm that offer excellent outcomes.”

Robots To The Rescue

In order to provide its patients with exceptional surgery outcomes, Apollo Chennai equipped their operating theatres with the da Vinci robot, a four-armed surgical robotic system used for treating rectal cancers. Developed by Intuitive, this robot proved to be beneficial for complex cases where doctors need to deploy a minimally invasive approach.

Here the robots don’t do the operations on their own; instead, the robot arms imitate real-time hand movement of the surgeons at the console, which allows it to bend and rotate the surgical instruments to do small incisions and perform operations. This makes it the best friend for a surgeon.

Unlike conventional laparoscopy, robotic-assisted surgeries come with some significant benefits like less blood loss, minimal tissue damage, shorter postoperative stays and faster recoveries. While in traditional techniques, “doctors had to stand for long hours with rigid instruments while operating these complex surgeries,” with robots, the same can be done in less time as with a lot of precision.

The versatility and the flexibility of the robot make this one of the prefered choices for Apollo Chennai, which not only comes with setup automation but also with ways to enhance the efficiency of the operating room. It provides multi-quadrant access, which helps in complex operations, and dual grip technology, in which doctors can switch the grip strength without switching the grasper. The robot also has single-site technology which enables one incision surgery.

According to the doctor, robotic-assisted surgeries have been a boon to the hospital surgeons, giving them immense control over the surgery. “Shorter operation time of each case improved the efficiency of the surgeons, and now he is able to complete more surgeries in a single day.” Further, he stated that considering the post-surgery benefits of RAS surgeries, patients at Apollo Chennai started demanding it over conventional laparoscopy or open surgery, which are highly invasive.

“I perform 90% of my work through robotics, mainly in the areas of colon and rectal cancer,” said Dr Munikrishnan.

Apollo Chennai Managed The Cost Of The Robot

Robotic surgeries come with scepticism for many hospitals and doctors due to the involvement of high costs. “As this is a big investment, the capital costs are naturally high, and many hospitals fail to ensure enough volumes,” said Dr Munikrishnan further said.

“However, for Apollo, the higher costs get balanced with the benefits offered by the robotic surgeries, like a reduced length of stay, quicker recovery, less blood loss and reduced conversation rates when compared to open surgery and laparoscopy. The hospital decided to incorporate the technology with a unique high- volume program, where the cost of instrumentation is reduced at large scale, which in turn brings down the cost of the procedure, and making it equivalent to a laparoscopic procedure, ” stated the doctor.

A lot of this could be attributed to the larger volumes of well- trained surgeons completing a higher number of surgeries in a single day, thus reducing the costs. These robots also lessen the burden of the surgeons by reducing the operating time and therefore allow them to take a greater number of cases in a day.

The hospital, till date, has conducted about 430 colorectal surgeries, out of which Dr Munikrishnan has performed 380 operations, maximum till date in the country.

“With more and more surgeons and patients becoming aware of the benefits of robotic surgery,” the trend is going to catch up in the coming years. The only challenge persists, is the associated costs, which, according to the doctor, “can be dealt with proper planning.” However, the clinical and the functional outcome made RAS the frontrunner for Apollo Chennai.