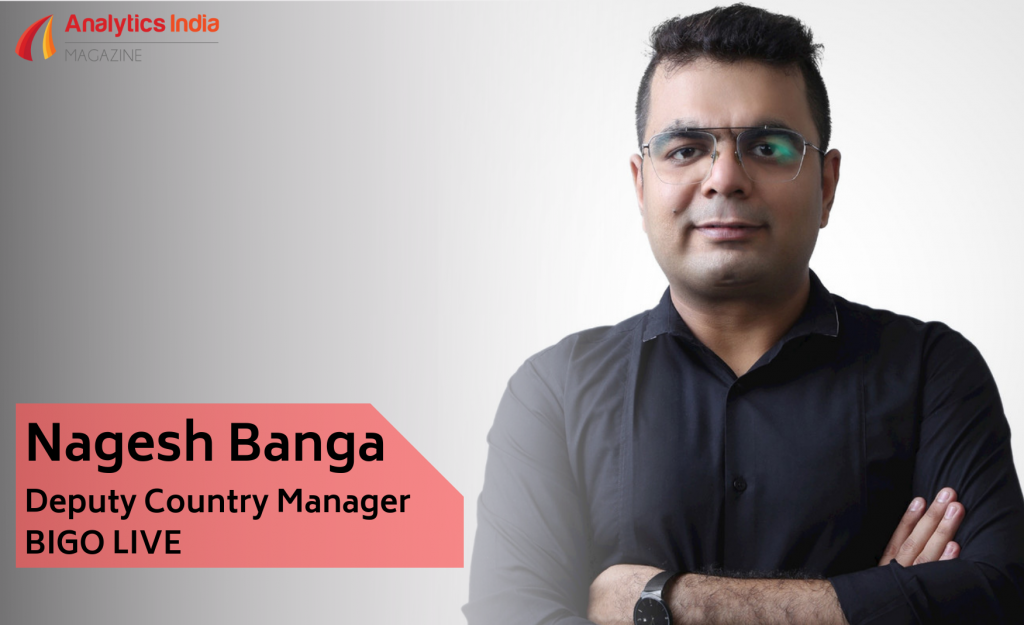 With the advent of affordable internet and smartphones, video content streaming has witnessed a tremendous rise in the past couple of years. Today, the millennials and Gen Zs believe in binge-watch their favourite shows on digital platforms at a time of their own choosing. Thus, giving rise to video content platforms.

Talking about the Indian scenario, the nation is witnessing its own over the top streaming or OTT online video content. What started with a handful of mini web-series, now have their original content across several genres.

With so much happening, it’s not just OTT that is reaping the benefits, live streaming content and platforms are also coming into the picture. And with time, they are going big, empowering micro-entrepreneurs and entertainers across creative fields.

Started in 2014 in Singapore, BIGO is one such company that is playing a vital role in the live streaming content ecosystem. And in order to understand the market, the technology behind better, we got in touch with Nagesh Banga, Deputy Country Manager at BIGO LIVE.

BIGO’s first product was BIGO LIVE, and in 2016, it was ranked Number #1 in the App Store in Thailand. In 2017, the company’s other product LIKEE (formerly LIKE Video) was also awarded “Best App” on Google Play.

Talking about the Indian market, BIGO LIVE started with on-boarding of entertainers, dancers and singers, and now the platform also has projects like PUGC (Professional User-generated content), MC Rappers (Platform for underground rappers) and Education learning.

“Our strategy to keep on adding more content categories and to improvise content makes sure we act as a one-stop-shop and act as a daily dose of entertainment for all,” Banga added. “This clearly shows there is a lot happening in this space and has tremendous scope for further content creation.”

Today, BIGO operates its services in more than 150 countries and regions in the world. It has also established more than 20 offices globally expand our business.

Talking about the user base, BIGO Technology as a group has over 400 million monthly active users globally. The best performance would be the video communication app called imo, which claims 211 million MAU around the world. The combined MAU of both BIGO LIVE (which is a live streaming App) and LIKEE (which is a short video making App) is 78.9 Million globally, which increased with 160% compared with the same period last year.

With a global team of around 3,000 people, and with a significant number of them working on the engineering side which focuses on R&D, AI is the foundation for BIGO products and services.

While walking us through BIGO’s tech stack, Banga also said that BIGO has one of the world’s strongest AI Technology to cater to its moderation of content on BIGO LIVE. Whether its Image Recognition, Facial Recognition, Video Intelligence, or Voice Processing, AI is at the very core and forms the roots of BIGO. In fact, the company claims that its AI is also able to detect negative content and issue a ban within 60 seconds. “The application of AI brings us a creative and healthy internet environment for Indian users,” said Banga.

When it comes to machine learning, the platform uses this sought after tech for recommendations. It learns what it’s users like and features with personalised video content.

Being a company that focuses on technology, especially on Artificial Intelligence, BIGO has established more R&D centres in headquarter Singapore, US, MENA region, India and China. And these R&D centres give the company outweigh the advantages of fierce competition among global AI players.

BIGO is always looking out for the best talent around the world. But finding the right talent is a real challenge as it believes that AI is a vast topic and subject, and the number of graduates are also quite a few. Therefore, in order to promote AI as a subject among budding talents, BIGO support universities around the world through scholarships.

Looking into the future, BIGO’s vision is to become a connecting bridge for the internet industry and to equalise the technological disparities in developing areas. And in terms of the Indian market, the company is aiming to become a platform serving all kinds of content to users in India, and for this, BIGO is already developing an MCN network.

“We plan to entrench ourselves deeper into the Indian market through localisation of our business; having said this, we understand India to have diverse cultures and languages. Our plans to localise will be targeted at the local level so that we will always be relevant to our users,” Banga concluded.