How can Queueing Theory be used in machine learning?

The Queuing Theory focuses on understanding how lines, or queues, work and how to increase their efficiency. It uses the knowledge of probability theory to calculate the different stages of the process. 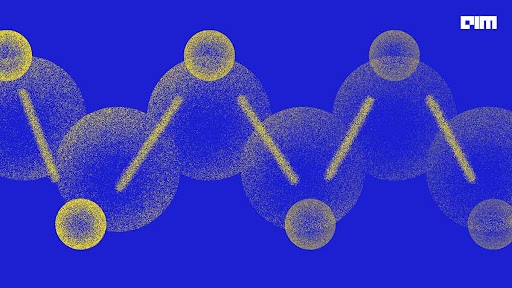 In our life, we all have been in queues either for buying groceries from your nearest superstore or withdrawing money from an ATM. If you are a rational person then a question must have arrived: how do these organizations calculate how many cash counters / ATM machines should be sufficient for efficient processing of customers? The answer comes from the famous mathematical concept “The Queuing Theory”. In this article, we will be discussing the mathematical formulation of queuing theory with in-depth functioning and the application of this concept in real life. Along with these, we will try to understand its applicability to machine learning. Following are the topics to be covered in this article.

Let’s start with an introduction to the concept of queuing theory which will give a high-level overview of this concept.

A gentle introduction to Queuing theory

The Queuing Theory focuses on understanding how lines, or queues, work and how to increase their efficiency. There are certain aspects of this study, including how people behave when they have to wait to make a purchase or receive a service, what kind of queue organization moves people through lines effectively, and also determining how many people can be processed through the queue within a given period.

A queuing theory is essentially a tool for cost analysis. Most businesses could not operate so that none of their customers ever had to wait in line, either because it would be prohibitively expensive or because they do not have that many clients.

The above gif is the perfect example of a failure of the system. As a result, businesses use queuing theory to set up their operations in a way that strikes a balance between the cost of serving customers and the inconvenience of having to wait in line. The queuing theory has four major factors that help to derive the results:

Let’s understand the mathematical formulation needed to get the above answers.

The mathematical functioning of Queuing theory

The queuing theory uses the knowledge of probability theory to calculate the different stages of the process. It uses mainly the Exponential and Poisson probability distribution. Let’s have a look at how these probabilities are utilized by queuing theory.

In queuing theory, the exponential distribution with a rate parameter and exponential random variable is calculated for an interarrival time in a Poisson point process. This distribution can be used to model customer arrival times or service times for several reasons.

Poisson distribution relates to the Exponential distribution because it is used to determine the probability of a certain number of arrivals occurring in a given time frame.

Sometimes Exponential and Poisson probability distributions do not clearly explain the distribution of variables in that case Erlang distribution is used.

But where are we going to use these probability distributions? The answer is in calculating the input and output process for a queue.

A finite source model draws its arrivals from the population and a bulking model is one that has customers arrive but not enters. The non-memory function of exponential distribution comes into play as the action of each customer is independent of the other.

The Service Process describes the output process of a queuing system. To determine a customer’s service time, we specify a probability distribution. There are two arrangements of servers, parallel and series.

The queue discipline describes how arrivals are taken for service. It is common for a new arrival to be placed at the end of the queue and are not served until all of the arrivals have been dealt with. There are three basic queuing disciplines:

Depending on the chosen discipline, customers’ waiting times are likely to vary significantly. For instance, no one wants to arrive early at an LCFS discipline. In general, the discipline has no impact on the queue itself, since arrivals are constantly receiving service regardless of the discipline. The queuing depends on two factors.

As describing all of the queue characteristics becomes very wordy, a much simpler notation is used called Kendall-Lee notation.

Kendall-Lee notation gives a total of six abbreviations for characteristics written with a slash.

For example, in a bank, queuing model is represented as M/M/5/F CF S/20/, which can be decoded as exponential arrival times, exponential service times, an FCFS queue discipline and a total capacity of 20 customers, and an infinite population pool to draw from.

Let’s talk about different Queuing models that have been utilized.

We can now analyze different models based on prior knowledge of the functionality of queuing theory.

An M/M/1/GD/∞/∞ system has exponential interarrival times, exponential service times, and one server. This system can be modelled as a birth-death process.

A process wherein the system’s state at any interval time is a positive integer. There are two important probabilities in this process, birth probability and death probability.

This queuing system has exponential interarrival and service times, with two different exponential rates λ and µ respectively. The system works very similarly to the birth-death system, except that when a ‘c’ customer is present in the system, additional arrivals are excluded from entering, and are thereafter no longer counted.

These systems are unique in that they have an infinite number of servers, which means that a customer will never have to wait in a queue for their service to begin. Think of this as self-service, similar to online shopping.

In this system where a customer arrives and sees that all of the servers are busy, as a result, the customer leaves the system completely without receiving any services. In this case, no queue is created, and we say that the blocked customers have been cleared.

Queuing theory is utilized in various industries which we are part of in a day to day life. Let’s have a look at a few popular use cases through which we can understand its applicability in machine learning.

In Customer service, the M/M/S queuing model is utilized. In this model, there are inter-arrival times, exponential service times and servers. Here the customers are referred to as callers, servers are telephone operators. These queues consist of callers that are waiting for the state to be served by system resources.

The purpose of queuing in libraries is to facilitate the circulation of books, counter services and allied services. The basic tasks in the library are stack maintenance, membership management, selection of library materials, and planning the acquisition of materials.

The processor schedules the task based on their prioritization. For example, 10 different applications are running on your smartphone and they are all queued accordingly but the processor will decide which app to run in the background so that your usage of RAM does not get affected. In this, the processor is using the priority-based queuing discipline to queue the background applications.

The arrival of jobs in a computer system behaves as the arrival process and the execution time is the Poisson process. Jobs are executed in the order they arrive, therefore FCFS is used as a queueing discipline of arrival. If the computer is busy when the job arrives, it is placed in a queue.

Along with the above-mentioned use-cases, this theory also has applications in the following tasks:-

In the domain of machine learning, the queueing theory is popularly used in waiting time prediction. The above applications can also be considered and modelled with machine learning principles in order to achieve better results.