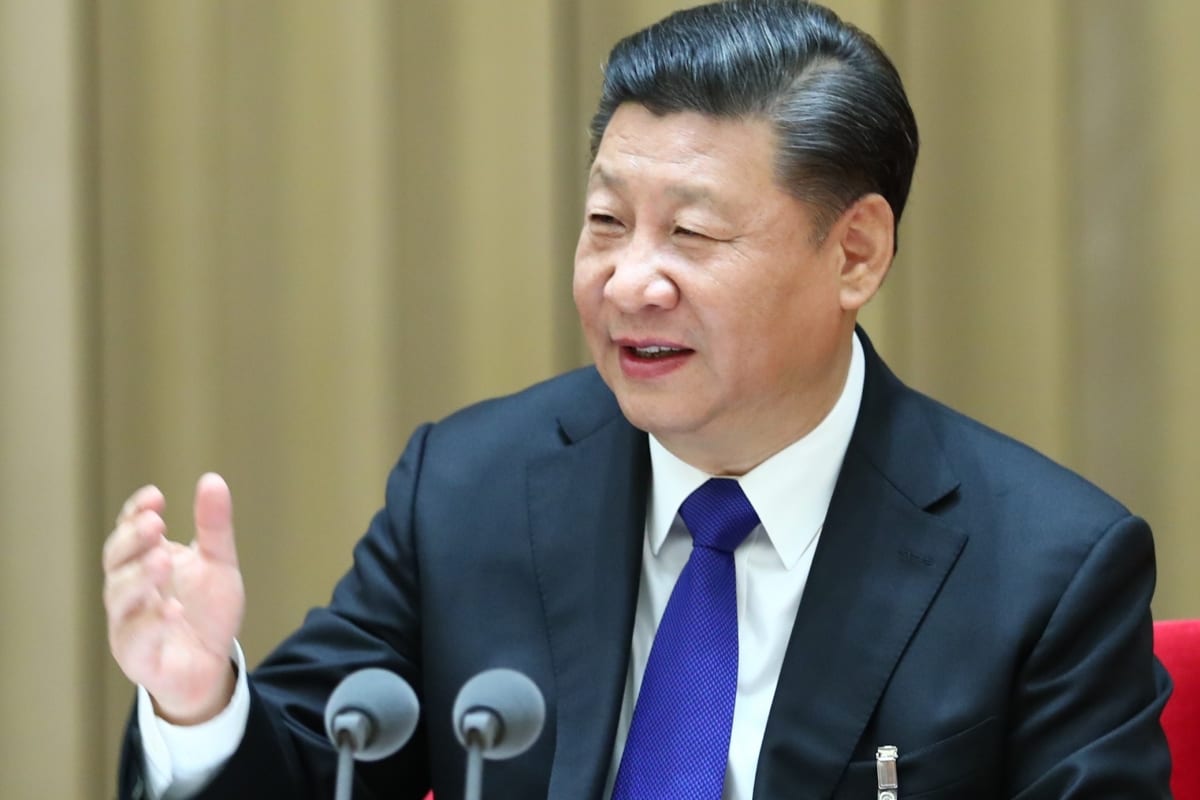 AI has proven itself to be the driving force of the next Industrial Revolution, potentially catapulting the human race into super-efficiency and a state of singularity. For AI as we know it today to be accurate, it requires data — and a lot of it. Terabytes upon terabytes of data is required to optimise and tune algorithms to get them just right.

One of the countries that have been at the forefront of this movement, is China. The world’s largest country by population has taken a special interest in AI and machine learning-based research. In fact, it is well on its way to becoming an AI superpower in the near future.

However, these advances come at a heavy cost in the form of the population’s privacy. Data is being to create a machine learning-powered “social credit system”, from public surveillance to social media profiles.

In January, the Chinese government released an app known as the Xue Xi Strong Nation has been rolled out widely in China. The app is reminiscent of the Little Red Book that was pushed on Chinese Party members during the reign of Mao Zedong, filled with propaganda and slogans hailing the government.

Read on to find how China’s AI-based future can is coming true, and how the seeds for a data-driven totalitarian state are being sown.

The Established Foundation For Totalitarianism

The country of China has a very distinctive culture when compared to the rest of the world, mostly due to it being cut off from the rest of the Internet by something known as the “Great Firewall”. This has stunted the growth of globalization in the country, thus not allowing the citizens the same philosophies and perspectives that the advocates of the free Internet push. Even basic things such as data privacy and ownership are completely disregarded, which makes for a dangerous setting. Due to this lack of privacy, the population has been nonchalant about the government into their private matters.

The government of China has also championed 5 corporations in the country, which are Baidu, Alibaba, Tencent and Xiaomi, which have entered into all markets at this stage. This increases the reach of the government to unprecedented levels, allowing them to collate public and private records to form a comprehensive report on a citizen. The messaging and social network platforms they operate also share data to the government extensively.

Recently, a routine security check by the China National Emergency Response Team found that around 468 MongoDB servers were compromised, with the data on them being available to the Internet to examine. After closer examination, the GDI Foundation found that these contained the data of around 364 million social media profiles, which were updated daily with private messages and files sent. Moreover, they were part of a bigger MongoDB server cluster which comprised of about 25,000 units.

This data was then found to be separated by districts, and then delivered to police and law enforcement units in those districts. This points the finger to the government effectively using mass surveillance to enforce their propaganda and principles. Around 3,000 of these messages are read manually by police personnel every day to ensure “law and order” is maintained.

Reinventing A Dictatorship For An Open, Digital Age

As the Internet becomes more and more widespread, it is difficult to spread misinformation, propaganda or censorship. However, in China, the Internet is being used as a tool of the government to further its reach over the population. On the other hand, the Party itself is using technology to enable autocracy and suppression of individual rights to freedom and equality.

This is already being seen in the oppression of the Uighur Muslim population in the country. This minority is heavily suppressed by the state, as they do not conform to the religious philosophies of China. Using both traditional and electronic surveillance mechanisms outfitted with facial recognition software, Uighurs are subjected to systematic mistreatment and detention in concentration camps where they are taught Chinese teachings and principles.

Another example of the state using technology comes in the form of the aforementioned Xue Xi Strong Nation app, which awards points for user engagement on the platform. This is closely monitored by the government, with many state-operated companies and agencies requiring their employees to have a minimum number of points. Slowly, as the system becomes more tightly integrated, the government can force misinformation down its population’s throats. The app has already become the most downloaded one on the Chinese Apple Store, pointing to the fearful amount of power the government has over the population.

However, even as all these foundations are being laid, what is China going to do with AI? The behemoth amount of data collected from the country’s population creates an aura of Big Brother watching, always.

The Roots Of Data-Driven Dictatorships Emerge

The predatory practice of collecting data comes into focus when looked at in the perspective of China’s larger plan for the future. That of an AI superpower, providing a data science-based economy for companies. Indeed, they are catching up to the United States in terms of papers published, an outcome of the large databases held on the Chinese population. Facial recognition is a norm now in many prominent Chinese cities, with the AI powering it being accurate enough to find 1 person in its database of over 1.4 billion. This model has also been slimmed down and added into glasses that are regularly employed by police.

The champion companies of the government, commonly referred to as BATX, are now confirmed to share data with the government. This can also feature into the existing system of a social credit ranking algorithm to give a more comprehensive history of the individual. Any misdeeds can result in the reduction of the score and barring entry into multiple public services. All driven by the power of AI and deeper insights into the population by using them as a data bank to train their models.

However, as AI creates the place for autonomy to flourish, we can only hope that India chooses democracy. The subcontinent also has a sizeable developer population, and has recently developed a focus towards AI and it’s related applications in city planning. One can only hope that they learn from their neighbours and do not invade the privacy of their citizens.

Such movements in the tech space only serve to herald the nature of what technology can do to make the human condition worse. It draws attention to the fact that those with power will continue amassing it, facilitated by technology.