“All too often, the economics of poverty gets mistaken for poor economics. Because the poor possess very little, it is assumed that there is nothing interesting about their economic existence,” reads an excerpt from the book written by Nobel Laureates Abhijit Banerjee and Esther Duflo in 2011. The book is a seminal work in the area of development economics called “Poor Economics: A Radical Rethinking of the Way to Fight Global Poverty.”

The authors of the book MIT Economics Professors Abhijit Banerjee and  Esther Duflo along with Harvard University Economics Professor Michael Kremer won the Noble Prize in Economics for 2019 for studying an “experimental approach to alleviating global poverty.” Indian-origin Banerjee and his co-workers were rewarded for a fresh data and evidence-based approach in economics.

The core of the research philosophy was to shine a spotlight on smaller and more specific problems faced by the poor and coming up with data science-based ways to think about the more granular questions in the realm of poverty.

A nuanced and microscopic look at poverty and the questions around it has always been absent in Indian political economy. The poverty alleviation rhetoric in India is strong. Slogans and mottos like “Gareebi Hatao” and “India Shining” have an uncomfortable place in the minds of all Indians. The question that arises out of the rhetoric around poverty alleviation in India and other developing countries is: How should one think about poverty? What is the definition of poverty? What are the tools we have at disposal to investigate poverty?

Nehru-Gandhi dynasty successor Rahul Gandhi had infamously said, “Poverty is just a state of mind. Poverty does not mean the scarcity of food, money or material things. If one possesses self-confidence, then one can overcome it.” On the other end of the Indian political spectrum, Prime Minister Narendra Modi has a strong view that poverty should not be seen as a virtue. Moves like Demonetisation and the study of the aftermath has done enough to throw light on the place of the poor in policymaking psyche. They are mere afterthoughts.

Banerjee has been a vocal advocate of breaking information barriers. If you just glance at the research and popular pieces put out by Banerjee you see how data and the transformation of data into knowledge is somewhat central to his thinking. He also writes about how even states/governments can start learning from on-ground data. He writes, “The ability of the state to process and consume information to answer such questions for program planning, monitoring, and reform has always been critical and never more so than now.”

He almost sounds like a data science executive working at a top analytics firm when he says, “The problem is that information by itself is not insight; it has the potential for insight. Knowledge is not gathering mounds of information. It is processing that information and translating it into useable propositions.” But the context in which he says these sentences are of social welfare project implementation, monitoring and progress assessment.

Banerjee co-founded and is the Director of the Abdul Latif Jameel Poverty Action Lab (J-PAL) which is famous for conducting extensive randomised control trials or experiments in the field of poverty alleviation. The amusing thing about the lab is the untethered belief in empiricism mixed with a very potent dose of scepticism and doubt. Understanding the research done by the would tell you that the lab seems to be on a quest to ask fundamental questions and seek data regarding those questions before theorising.

This very attitude has been responsible for the impact that the lab has. The lab claims to impact more than 400 million people in its 2018 report. J-PAL and its affiliates were involved in more than 850 randomised evaluations in 80 countries in varied fields, such as clean water, microfinance, education and crime prevention among others. The lab’s discipline and ambitious is commendable. 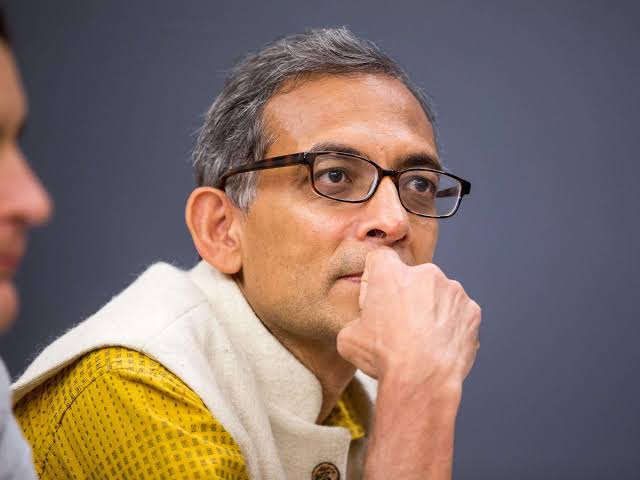 Experiments At The Fringe Of Human Development

Experiments conducted by Banerjee and his colleagues ask questions that everyone seem to care about but very few people care to dig deeper. For example, Banerjee and team studied the food habits of the underprivileged people of Africa and India choose to consume. They found out that food made up 36-70% of the consumption of extremely poor living in rural areas and 53-74% among urban poor. They also found out that the poor spent money on better-tasting food which contains more expensive calories than micronutrients.

Another example is of preventing malaria using bednets. J-PAL and their affiliated researchers conducted more than 12 randomised evaluations in 8 countries regarding how bednet pricing affected their use. They wanted to understand if the poor made more use of bednets that they paid for. They found out free handouts in health products work better and also results in more take-up. Experiments like these and many more show how pointed, granular questions and search data-oriented answers for the same form the bedrock of Banerjee’s thinking.

In India, there is only now a push for data collection and monitoring of welfare and other policies. Each and every department seems to be obsessed with building MIS (management information systems) portals and dashboards for their projects. It is still an open question if the gathered data is actually used for improving policy and tweaking it.

The recent push for Aadhar and direct transfer of subsidies is a promising sign but a lot needs to be done even before we reach a state where data tells us what policies we should promote and which not to. This Nobel Prize to Banerjee and his colleagues should also put a thought in governments and state agencies in developing countries. How about testing your policies on the ground before implementing them? Would demonetisation have worked better if it were put through a randomised control trial? Just an idea on the fringe one could entertain.

Happy World Mathematics Day! Celebrate It With These 5 Must-Read Books

Case Study: How This Forex Incumbent Improved Their Cross Border Payment Process With The Help Of An AI & ML Data Aggregator