How Data Science Can Help You Win The Fantasy Premier League 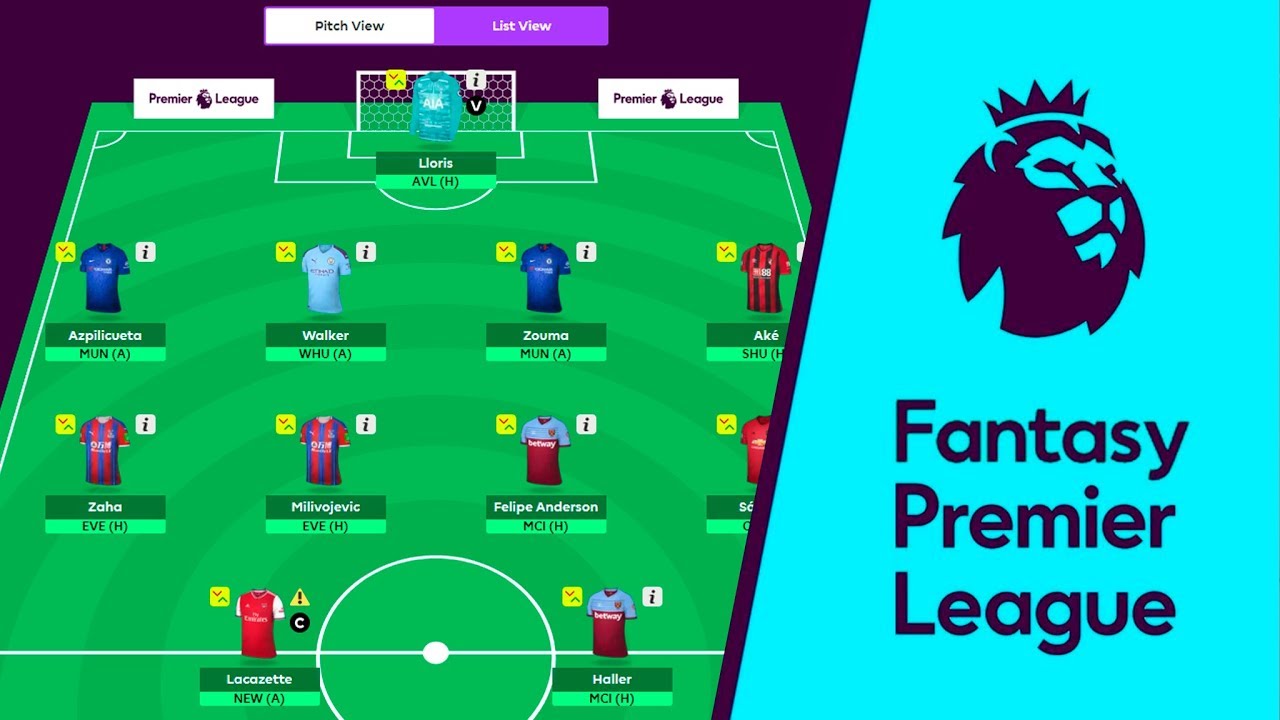 Fantasy Premier League (FPL) is no ordinary football game, and no matter how hard someone tries, one cannot simply buy Lionel Messi or Christiano Ronaldo on the transfer window and score a goal by tapping the letter ‘D’ on the keyboard. This game requires calculations, and a player’s chances of losing are great if working with data is not the best set of skills. Yes, one has to be a bit data enthusiast to precisely hit the cross-bars. Since the game and the surroundings change every week, beginning with a high point is crucial.

In the first week, one should look for players who are doing well in the pre-season friendlies. It is better to avoid statistics from the previous season since a lot of changes take place between two seasons. The pre-friendly statistics of a football gives a look at the present condition. The statistics to precisely look at are not goals, but the amount of threat made, creating chances for the team, the coordination with others in the team and the rate of injury. A player can use a linear regression model or a basic neural network model to begin the first week by training it with datasets. The datasets should include historical data of the above-mentioned parameters to judge a players performance before the season begins.

A player can use a number of different machine learning algorithms such as SVMs, random forests and GBMs. GBMs or gradient boosting machines are often termed as the most effective one in prediction due to the unbalanced nature of available datasets from a number of different sources. Previously, historical data were combined with Naive-Bayes and other ensemble methods to reach predictions. The reported accuracy was recorded at 81 per cent when data was used to train a Gaussian naive Bayes algorithm. However, the prediction result rose up to 86 per cent with the use of GBMs.

While buying a player, the first thing that comes to mind is how many points a footballer will give back for the money spent since a player has only 100 million euros to spend from which 15 players can be bought. Using scatterplots, one can classify the players with keeping the cost on the Y-axis and the Fantasy points on the X-axis. This way, a player can determine which are the players yielding the highest number of points in contrast to the cost.

The idea is to select the ones, which generate points between 80 to 90 and are priced within 4.5 to 8 million euros. However, to generate the maximum point for the team, it is essential to bring one or two players who generate more than 100 points a match but are priced high up to 12 million euros as is the case of Mohammad Salah from Liverpool. It is advisable to spend more than 10 million euros on two players, preferably one from the mid-field and another one as a defender.

However, it is troublesome for many to filter data related to a total of 14 teams (top 5 + middle 9 teams). The changing nature of the game makes it hard to pinpoint on a particular team, and when it comes to 14 teams, the number of minimum footballers involved are 154 (14 teams x 11 players). To ease the woes, it is better to derive data from another source, which in this scenario is fplAnalytics who provides with specific sets of data or visualisations of data as per a player’s request.

By running a simplex algorithm, one can come to the decision of choosing the playing 11, which usually is the culmination of the players generating a maximum number of points. It must be kept in mind that other factors also bring in a difference to the performance such as Influence, Creativity and Threat (ICT). Due to this reason, the score of these factors must be run through the algorithm. Once the ICT score is generated, an average score can be calculated between the ICT score and maximum points generated by players to select the 11 footballers.

Serious players who aspire to win the Fantasy Premier League can also look up to a number of tools such as Alteryx, which consist of three different workflows and macros. Another tool a player can use is Foomi Analytics, which uses different algorithms to project a footballer’s performance of the week along with stats such as a footballer’s past form, the strength of the team and how a footballer plays against a particular opponent. It also takes into account, which referee is supervising a match.

Fantasy Premier League has created a buzz among football fans all over the world. However, winning the game also depends on luck since injuries, and certain fouls cannot be controlled by any. With different strategies, it is still difficult to say if one player will definitely win or not.

To end with, Analytics India Magazine has another article lined up for sports enthusiasts who might want to know the different uses of data analytics in a variety of sports. Click on the link to have a read.