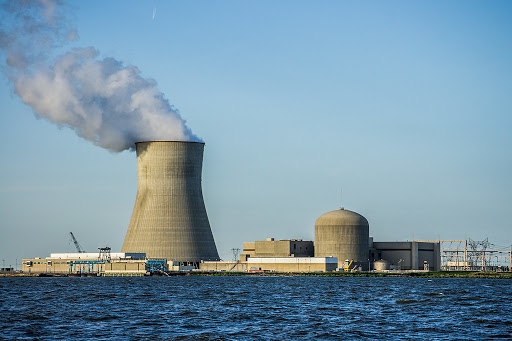 The almost infinite capabilities of nuclear energy might be luring but establishing a nuclear plant comes with its own set of challenges. The memories of the world war are still etched in concrete and people get paranoid when they hear the word nuclear. The external instabilities like Tsunamis and extremist activities like terrorism cannot be forecasted with certainty.  But what happens within a nuclear plant can be controlled and should be. Even better if they can be predicted.

Forecasting is one of the many applications where machine learning techniques have established a firm footing. With the deep learning networks getting better with each passing day, the move to entrust these networks with something as sophisticated and incredibly powerful as nuclear plants.

Any instability in plasma can vaporize the components in the fusion experiment. Disruptions like these can leave the facility useless for long periods of time. To predict such disruptions, researchers at Princeton’s  plasma physics laboratory under the leadership of Kates-Harbeck have developed a deep learning method.

The $25 billion facility ITER(International Thermonuclear Experimental Reactor) currently under construction cannot afford any kind of disruption for this magnetically confined plasma physics experiment. Once the plasma hits the walls there isn’t much to do, usually the researchers opt for a precautionary measure like injecting a neutral gas to cool the plasma with the help of a warning system.

A machine learning algorithm only gets better with more data. And there isn’t much disruption data available. So, the idea here is to train the neural networks with those experiments which can afford disruption. To ensure a reliable future for fusion energy, few hits have to be taken initially.

High dimensional data like temperature of electrons as a function of radius in the plasma from previous fusion experiments is fed in to the Fusion Recurrent Neural Network(FRNN).

The deep learning networks are supplemented with the NVIDIA’s V100 GPUs as the task is computationally intensive and would require high-performance computing clusters.

Around 2TB of data is provided by the department of energy, California and Joint European Torus(JET), UK. The team were able to demonstrate that the FRNN code trained on the smaller DIII-D could be generalized to the larger, much more powerful JET.

Last month a bill was reintroduced in the US Senate to nudge the energy department to establish advanced nuclear objectives and accelerate the research required through University programs. This was welcomed by visionaries like Bill Gates who said that to prevent the worst effects of climate change, we need to reach near-zero emissions on all the things that drive it—agriculture, electricity, manufacturing, transportation, and buildings—by investing in innovation across all sectors while deploying low cost renewables.

India has embarked on it nuclear energy since 1948 and ever since the NSG waiver, India has been actively partnering with the US, Canada, Russia, France and Australia for nuclear cooperation and trade. Last month the US has issued a statement that it will help build 6 nuclear power plants in India.

Amongst the ratifications and rejections of the protocols and treaties, few nations have somehow found a way to keep pushing the technology for superior, more healthy lifestyle on this planet.

Climate change is an overloaded word and is often reduced to petty debates and blame game. There is no one reason which contributes to it and neither is it trivial enough to ignore completely. A developed nation can afford cleaner tech while the transition in developing nations will be delayed. There can’t be an umbrella solution and it needs to be solved locally.