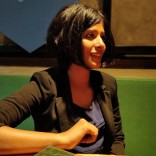 Anu is a writer who stews in existential angst and…

China has been headline news since the announcement of the Covid-19 outbreak early this year. While much of it hinges on its management of the pandemic, another event that has been running parallely is the clarion call to ban tech engagements with the country.

Just last month, the US – which has been at loggerheads with China – extended its executive order that essentially restricts the flow of technology between the two countries. In the guise of protecting national interests, the US administration has walled off Chinese investments and proposed measures that seek to block transactions between American companies and its Chinese counterparts.

Back home in India, although the country has stopped short of erecting firewalls against its neighbouring country, border skirmishes and increased calls to ban Chinese products on social media have set the IT and analytics industry thinking – how would such a ban, if enforced, impact them?

While some firms in the US have found ways to circumvent these bans, most companies that specialise in emerging technologies are panicking. Not only do they rely on China’s massive consumer base for revenue, these restrictions have also been hampering their ability to tap into China’s expertise in technologies like AI and facial recognition.

While the impact of the ongoing China-US trade fight on native companies from both countries will continue to play out, India’s IT and analytics companies may have little to worry about even if a similar scenario were to shore up here.

ALSO READ: Should India Take A Leaf Out Of China’s AI Playbook?

If a ban, akin to what the Trump administration has pushed in the US, were to take effect in India, the industry that heavily depends on seamless cooperation between two countries – outsourcing – would have taken the biggest hit.

However, China itself has been competing with India to become a top destination for companies in developed nations that target offshore IT and analytics services. By heavily investing in emerging technologies, China has pushed the bounds of its tech capabilities to emerge as a top destination for both onshore and offshore outsourcing markets.

However, although the value of this market has reportedly tripled in less than a decade, supported by a major policy push from the central government in recent years, India still enjoys a lion’s share in the global outsourcing industry. Riding on lower costs and a possibly wider talent pool, India has made it very challenging for Chinese outsourcing firms to nudge ahead of it.

What is more, according to a report, the language barrier faced by some of these firms has also hampered them from attracting large contracts from abroad. This has not been the case with Indian IT and analytics providers, which continue to have a coterie of large US and European companies as key clients.

Spanning various industries, these companies have consistently leveraged the benefits of offshoring to India. Some notable names include Cisco, American Express, GE and Microsoft, and these firms have increasingly shifted some of their IT services and other business and analytical processes to India over the years to control costs and stay ahead of the competition.

With the outsourcing industry unaffected by such a ban on China, and with ample opportunities still coming in from the US and Europe, the Indian IT and analytics community have little to worry about.

Although very few Chinese companies have back offices in India, the country has been luring Indian tech firms to do business with them. In fact, in 2018, an IT corridor was established between the two countries for greater synergies between the core tech capabilities of both.

China is well-known for its hardware, and combined with India’s prowess in software, such initiatives could give Indian IT and analytics communities a gateway into China’s thriving tech industry.

What is more, not long ago, NASSCOM had also set up a digital plaza in China for deeper collaborations in analytics and big data projects. According to a report, some Indian IT firms – including certain big data-focused MSMEs – already have a firm holding in the country.

This could be a dampener for the IT and analytics community in India in case such a ban is enforced. However, although the potential for such collaborations is manifold, very little is accomplished in the Indian context by way of execution even within these partnerships.

Take the examples of prominent Indian IT companies – including TCS, Infosys and Wipro – that have set up overseas establishments in China. According to a report, these companies have cumulatively hired just 25,000 Indian people in these establishments, and have instead, largely employed local workforce.

Furthermore, even when it comes to transferring of core technologies between the two countries, the IT and analytics firms in India may not be hugely affected, since the dependency on software on China is also very limited in an organisational context.

“The only caveat here for IT companies is that if a ban like this is enforced, these companies may experience supply chain disruptions, which could hamper critical operations,” says Sumit Guha, Head of Analytics at Asian Paints. However, he sees an opportunity for the Indian analytics community if such a scenario were to play out:
“Companies would want to invest in making their supply chain more resilient, and analytics will play a critical role in the same,” says Guha.