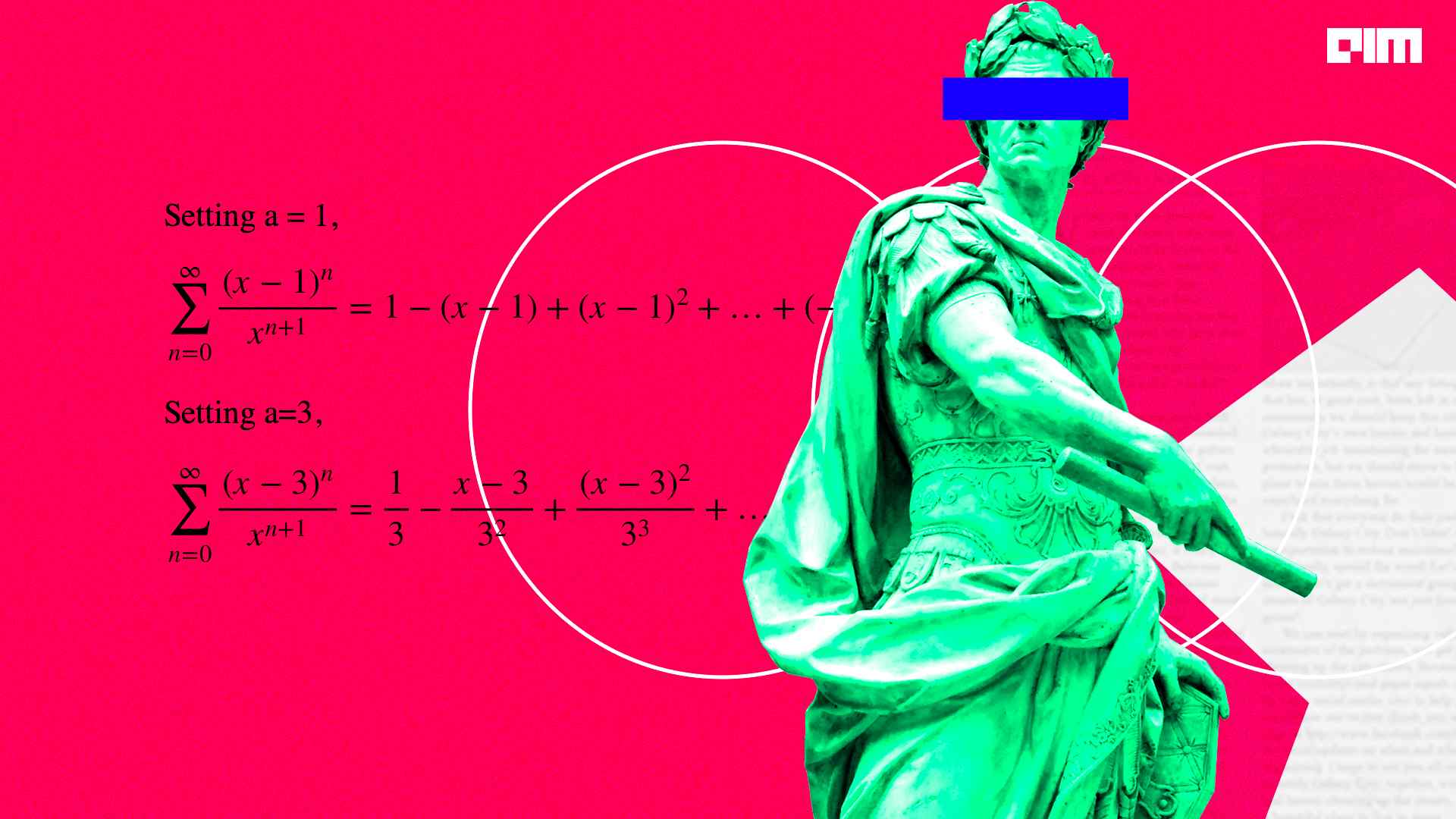 Let’s start the discussion by understanding what the Taylor series is.

What is The Taylor Series?

Whenever an approximation is done, it introduces an error and the Taylor theorem helps in providing quantitative estimates on the errors. Mathematically, the Taylor series for any function F(x) can be given by:

a is some point where a function needs to be approximated.

The above series can also be represented by a compact sigma formulation, like:

f(n)(a) = nth derivative of f evaluated at the point a.

When a = 0, the series becomes the Maclaurin series.

Why Do We Use the Taylor Series?

Below are some examples where we use the Taylor series:-

As we’ve discussed, the machine learning procedure can be assumed as the combination of many mathematical functions. Let’s take an example of the cost function in machine learning which is mainly used to measure the amount of error in the description of data and cost optimization can be considered as the procedure of reducing the wrongness in data description as much as possible.

In deep learning as well, many of the functions require to be approximated to acquire good results from the procedure. Let’s take an example of the convolutional neural network wherein the blocks use various rectifiers and pooling operations like max pooling. In most of the cases related to CNN, we see that the rectifiers and pooling functions are neither smooth nor convex. In such scenarios, we mostly find use of gradient descent and adam optimization techniques are being used as building blocks for deep learning algorithms. We can also use the Taylor series as an optimization function in the deep learning procedure.

In most of the cases, we see that the performance measure of the deep learning networks can be expressed as the objective function to be optimized or the deep learning networks output functions, and the parameters of the functions are weighted, input activation, and output activation. The Taylor series expansion can be applied to this performance measure and enables us to study the details of the objective and output function of the deep neural network.

And the change in the error due to perturbation will be,

The same procedure can be applied to any function of the deep neural network and after analyzing the sensitivity of the function we can apply the pruning of the deep neural networks. In many pieces of research, we find the suggestion of applying the pruning after convergence is reached. At the minimum of any function, the derivative of the function becomes approximately zero so we can remove the first term from the change in the error.

Use cases of Taylor series in deep learning