How ITC is Using Machine Learning 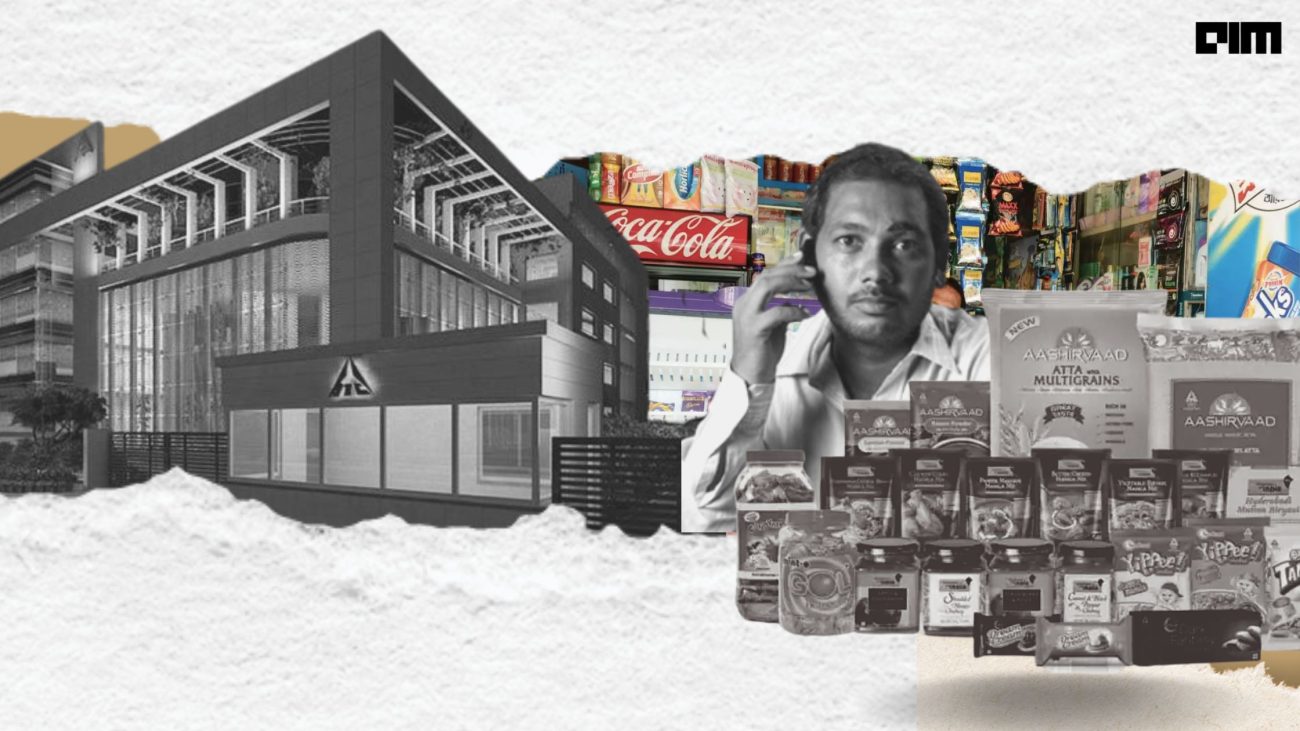 Today, ITC is one of the largest FMCG players in the country, and its products reach every second household in India. The company is home to more than 60 brands across FMCG categories and reaches about 2 million retail outlets directly. Every day, its brands compete with 100+ companies in the marketplace.

“We have a huge portfolio. From sutta to atta, we make everything,” quipped the head of sales analytics at ITC, Swamy Saran Atul, speaking at Cypher 2022. He explained, at length, how the company uses machine learning and analytics to build personalised recommendations to solve the most complex challenges in sales and distribution, emphasising how models work around the most crucial human in the loop – the salesman.

Awakening the inner salesman in everyone, Atul said they have 30,000+ salesmen trying to sell 1,500+ SKUs and reach about 2 million outlets across India. “It is very difficult to remember what products to sell to each outlet, what is the propensity of any outlet, etc,” he added. Going beyond the principles of segmentation, ITC believes in hyper-personalization, treating each outlet as a segment.

“This is a classic recommendation problem,” said Atul, saying that they do all the analytics and figure out what products to sell to each outlet or store. To begin with, for each outlet, they create an outlet profile of the data. This is done using both external and internal data. The internal data include outlet profile, outlet transaction history, product characteristics, consumer demand sensors, etc. On the other hand, the external data include neighbourhood outlets, nearby points of interest, footfalls, demographics, etc. “Thousands of variables go into every outlet profiling,” Atul pointed out.

Another interesting question is, where is ITC procuring its external data from? “Most FMCG companies will say that this is our IP. Likewise, it’s our salesman who has been going to these small outlets for years and years. That is how we enrich our understanding of outlets,” he added. However, he said that data, like demographics, rely on publicly procured data. “So, there are multiple data vendors who provide that kind of information,” he added.

Further, Atul pointed out the technical slide (as shown above) and said they use state-of-the-art MLOps and DataOps, a completely automated process. “All of this is done, and we get some 85 per cent accuracy achieved – very happy,” he added wittily, “Nothing is manual. It is perfect, with no errors. Beautiful!”

There is no such thing as a perfect ML implementation

“We experiment a lot, make mistakes, and improve,” said Atul, explaining the aftermath of what happens after the model has been deployed. He said that there is a lot of human thinking, human intelligence, inputs, feedback, and improvements that go into every model and that humans cannot be ruled out. He calls this human-in-the-loop – a salesman.

“Whatever industry salesmen are in, they are motivated by their targets,” quipped Atul. Further describing the typical Indian salesman that works for FMCG companies, he said that the salesmen may not be highly qualified; they earn somewhere around INR 20,000 a month, with a significant variable component. That variable is largely influenced by the targets set by the FMCG company.

“Now, if we give a bad recommendation… the salesman will not be able to convert that recommendation. If he does not convert, he will keep losing his income. So for him, every recommendation matters,” he added, comparing the recommendation systems in parallel industries, including Amazon, Flipkart, Netflix, etc.

“For instance, if the recommendation fails, a Netflix or Amazon doesn’t lose much, but if it goes wrong for an FMCG salesman, he may lose out on INR 500-1000 of his variable income, which is huge for him,” said Atul. He said our recommendations are very different from food aggregators and grocery delivery players like Swiggy, Zomato, or BigBasket because they have to move from point A to point B. But, ITC salesmen have to do multiple things. This includes not only going to the retailer but also taking orders with new products, collecting money, and ensuring ITC products are displayed nicely, alongside maintaining a good relationship with the retailers.

“That’s the life we are trying to simplify,” said Atul.

Atul said that they identified multiple problems with time, including poorly labelled data, incomprehensible recommendations, and others. To solve these challenges, ITC has been investing in increasing the explainability of the model, simplifying UX training while continuously training users, and streamlining planning activities to execution, ensuring all the stakeholders are benefited from their recommendations across the life cycle. The stakeholders include not only salesmen but also marketers, manufacturers, etc.

He said, thanks to ‘the human in the loop’, they have made a very nice model. Interestingly, the recommendation model was built in one month, and the data pipeline was done in two months. “So, within two months, everything was set up,” he recalled, saying that since then, they have been scaling this up across the country, improving iteratively. The models look very different from what they looked like two years ago.