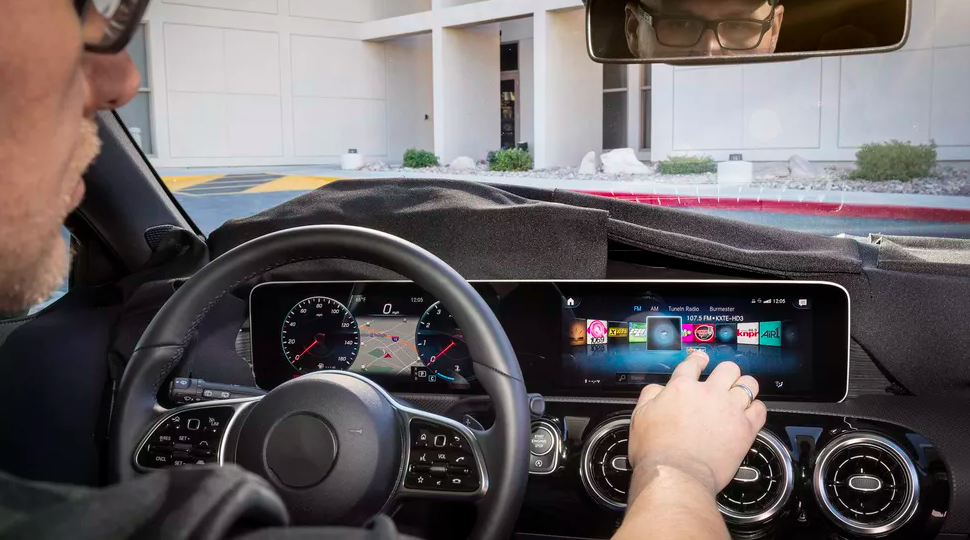 Artificial intelligence (AI) has been driving the future of the automotive industry. The road to autonomous cars, although bumpy, has been charged with AI-powered experimentations led by top tech companies like GM, Toyota and Volvo. While we wait for these innovations to become mainstream, these companies are integrating AI capabilities to existing vehicles to support drivers.

Joining this list is Mercedes-Benz, which has been developing deep learning (DL) and natural language processing (NLP) technologies to improve the driving experience. By automating responses from gauging the needs and moods of the driver, the company’s smart technology has enabled a unique driving experience.

Mercedes’ automotive history can be traced all the way back to the 19th century, from where it has made great strides with breakthroughs made in various emerging technologies. In 2018, the company launched its AI-powered OS in its fleet of A-Class cars.

Dubbed Mercedes-Benz User Experience — or MBUX — it responds to the conversational commands of drivers with the help of NLP. Anchored around deep learning, it also learns to adapt to their habits over time. Unveiled during that year’s CES, it followed the company’s antiquated ‘Comand’ system. Building on that, MBUX converges a touchscreen, thumbpads and several touch-sensitive buttons to upgrade to a new UI on the steering wheel.

ALSO READ: Self-Driving Not The Only Frontier Of Innovation In Automotive Industry

According to a report, it also integrates other features into MBUX, including the capabilities to receive messages about bad roads, petrol prices, weather information, vehicle location, and even allows changing of climate control settings – all directed either by natural-speech voice commands or the upgraded UI.

The CEO of Daimler Ola Källenius calls this AI-powered digital assistant a ‘very good butler’ since it learns and adapts to the driver’s preferences over time. Through deep learning, it travels through layers of ideas until it has learnt from these concepts and begins to independently seek out new knowledge.

While it has been established that one of the most significant features of MBUX is the natural voice-activated virtual assistant, there is room for further development and improvement. Building on the natural language relationship between vehicle and driver, the company said in a media report that it has been creating a system that is ‘more proactive and empathic’.

This makes it possible for the software to learn from the driver’s routine to make personal predictions and offer appropriate recommendations. Rather than just submit suggestions on say, the route, it also factors in driving behaviour, tone of voice and other external components.

ALSO READ: Why Companies Have Not Delivered On Their Autonomous Driving Promise

However, the report also states that the company is discovering that some of these improvements may not have mass appeal. For instance, a recent iteration meant that driver’s need not use the command ‘Hey, Mercedes’ to activate the AI system in their cars; but some users may actually not use that option because of force of habit, or other reasons. In fact, the company has data to support this. The report mentions that the average user in Europe uses the command ‘roughly 40 times per month’ despite the new improvements.

The question, then, remains – how proactive should future AI systems be?

Additionally, as per the report, the company is also working to introduce improvements to the software’s response times, and build more layers into its feature stack, and possibly launch even more connected services.

In addition to making driver experiences more comfortable, Mercedes’ AI-powered OS also offers smart home integration, movie ticket purchasing as well as food delivery capabilities. While some of these verticals might need further iterations, the automakers have been focused on diversifying the range of these offerings to many countries.

ALSO READ: Looking Beyond Self-Driving Cars: How AI Is Transforming The Automotive Industry

While Mercedes-Benz has made some inroads in the space of AI innovations in the automotive industry, these cars can go much further in the area of in-car conveniences. A case in point, being Bosch’s Virtual Visor. With the objective of improving a driver’s visibility on sunny days, the company has developed a transparent LCD panel that could be fixed to a car’s windscreen.

Using an RGB camera to track the movement of the sun on the driver’s face, it leverages AI facial detection to block the glare. Although still at a prototype stage, it could help prevent numerous road accidents. Another example, this time of a startup called Affectiva Automotive AI, is working on dashboard technology that uses cameras to monitor the driver’s face for fatigue, and if detected, it can respond accordingly by perhaps playing music to wake them up.

Thus, AI capabilities not only add a comfort feature — as demonstrated by Mercedes — but can also be developed to add an important safety feature to existing cars as well. Many of these technologies might be difficult to develop, but nevertheless, it displays the limitless possibilities of AI in the automotive industry.

How To Ensure Better Data Culture In Organisations