Robotics and AI have been a part of our curriculum since 2017 after we received the ATL Grant from NITI Aayog. 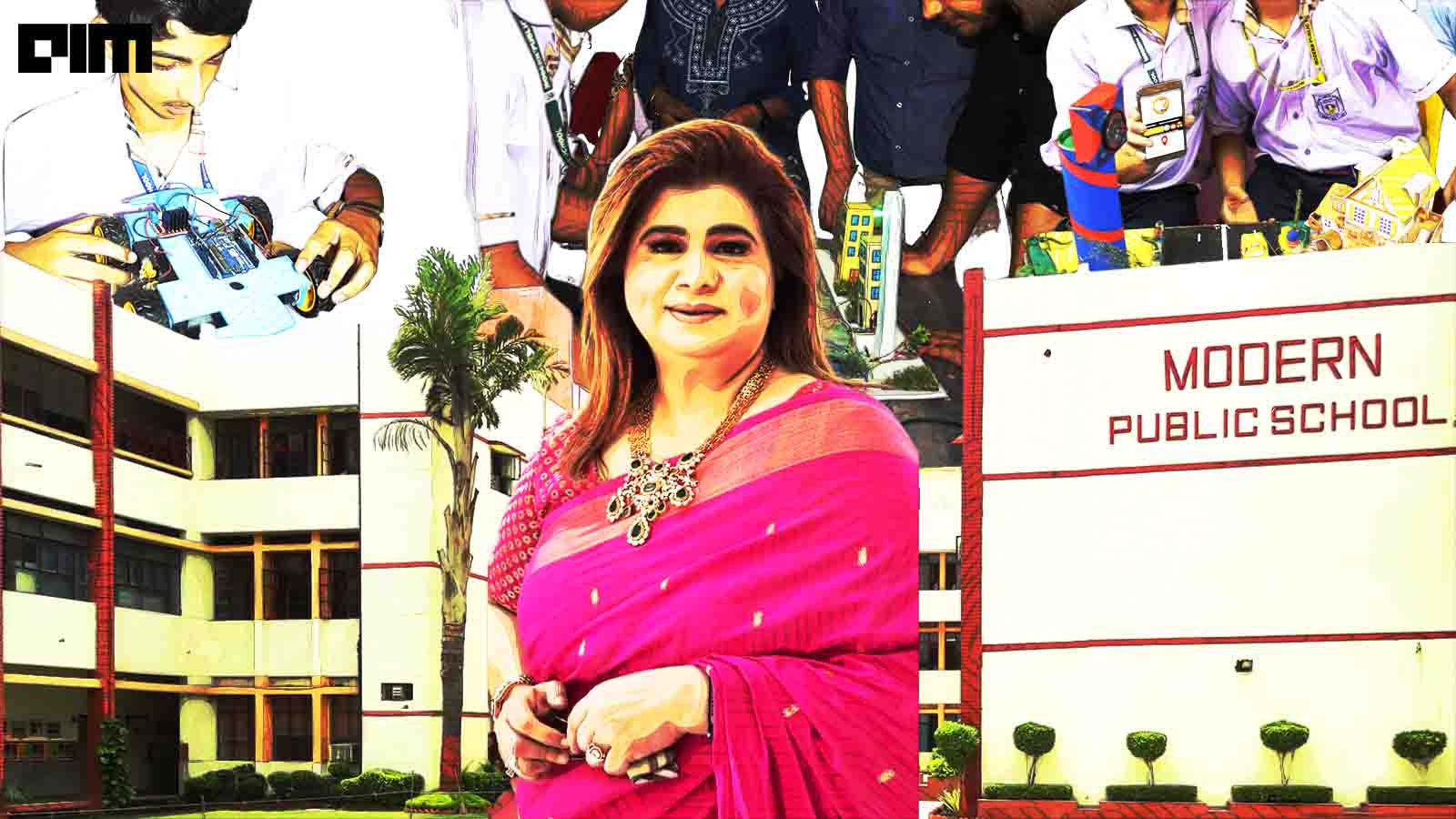 “We need to get away from rote learning and focus on a more practical learning approach. Engaging students in projects, workshops, webinars, and competitions are the way to go. In addition, it’ll encourage them to learn new things since this way of learning is fun. We are very pleased that the New Education Policy (NEP 2020) has already suggested these changes. Hopefully, in a few years, our education system will be more practical-oriented and less theory-oriented,” said Alka Kapur, Principal, Modern Public School.

Students have a keen interest in AI, and parents do not want to miss out on an opportunity to teach their children a subject that has enormous potential and significance. So, schools, too, have joined the race to equip their students with the right set of skills for the future.

In 2017, the school introduced Robotics and AI as part of its curriculum. The school received the Atal Tinkering Lab (ATL) Grant from NITI AAYOG and was among the first 257 schools selected by NITI Aayog in 2016.

Robotics and AI are included in the regular timetable as ATL Period, as per the ATL curriculum given by Atal Innovation Mission (AIM). It is taught separately in the ATL Lab and as a part of Computer Science as well.

Students try their hands-on in the lab, experiment with ideas, and create various prototypes and apps to develop affordable solutions for everyday problems the community might be facing. Those with a particular interest join the Tinker Club for learning advanced languages by undergoing different training sessions.

Once a lesson is taught, the school provides online modules and assessment links for self-assessment. Besides this, several inter-school and intra-school competitions are organised to foster the spirit of learning and competitiveness among the students. STEM Olympiad Exams are also conducted that allows students to test their mettle on an international level.

The school said that the feedback from parents is positive, and they are supportive of their kids trying out new and innovative things. “They are, however, sometimes concerned about whether these activities will impede students from excelling in academics. It is why our teachers counsel parents from time to time to make them understand the importance of developing an innovative mindset among the students. The parents have also been very thankful to the school administration for giving this platform to the students,” said Kapur.

Subjects are taught as per the ATL syllabus designed by the NITI Aayog:

The concepts are taught with the help of various activities like Teachable Machine, Quick Draw, Semantics, etc., to help students understand AI better. Students are also involved in Python programming, which focuses on data visualisation, data extraction from the database, and editing images. As its own initiative, the school introduced astronomy as a part of the curriculum to get them invested in Space Science. Activities such as night sky watching, finding stars and planets, and discovering asteroids are organised by mentors to integrate lab with astronomy.

The school conducts and participates in several inter-school competitions on Robotics, including:

Besides, the school conducts different webinars and workshops to give students a deeper understanding of the concepts in a fun and interactive manner.

“Prabhsimar Singh Tapia of class XII was accorded with the golden opportunity to be a part of a four days’ residential Bootcamp at IIT, Delhi as part of AIM – SIRIUS Innovation Festival 2018, organised by NITI Aayog under Atal Innovation Mission. He was one of the top ten students selected across the nation for this project. Moreover, in a unique gesture, Prime Minister Narender Modi and President of the Russian Federation, Vladimir Putin, jointly interacted with the group of 20 students (10 Indian and 10 Russian),” informed Kapur.

Preparing for the Future

“The Fourth Industrial Revolution has picked up some speed now, and it is quite evident that the future is going to be shaped by technologies like AI, ML, IoT, and Blockchain, among others. By equipping our students with technical knowledge, we’ll be preparing them to take on the role of growth drivers in the future. It will also allow them to become job creators and innovators instead of simply being job seekers,” said Kapur.

She believes coding for kids is vital amid rapid digitisation. “This realisation made us incorporate coding in our school curriculum so that our students can learn it in the school itself rather than paying an extra amount to these organisations,” she said.

The school has received ATL grants to procure equipment and DIY kits and has hired an engineer from STEMROBO Pvt. Ltd. to train the teachers and the students. “The program has most certainly made our students more independent, inquisitive, and curious. They’re beginning to identify the problems society currently faces and are innovating solutions for the same,” concluded Kapur.

AI is the future, and with schools picking up the subject as part of their curriculum, we can rest assured that a strong base will be established in the initial growth phases of students. With a sturdy foundation, they can plan their careers in the Sciences much better.