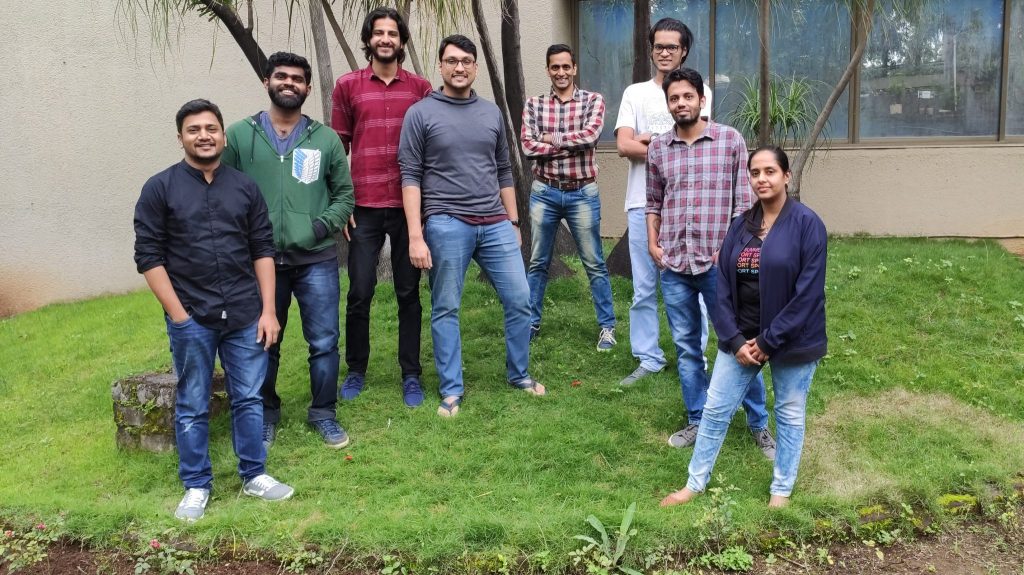 Artificial intelligence has deeply penetrated into the hiring industry, making hunting for new jobs and hiring for companies quite streamlined. One such startup revolutionising the hiring industry is CutShort, an AI-powered recruitment platform that makes it possible for companies to identify, engage with and hire the most relevant candidates in a fraction of time.

This week, Analytics India Magazine got in touch with the founder Nikunj Verma to get a 360-degree view of how this fledgeling startup is leveraging AI to stand out in the race.

CutShort has been used by 8,000+ recruiters from companies such as Google, Amazon, Swiggy, Media.net and thousands of startup founder. “Matches shown by CutShort are accepted by employers around 70% of the times. This becomes 85% with 10 min customisations done by our Customer Success team,” says Verma.

As Verma shares, they saw big inefficiencies in the recruitment space both from the candidate and company sides.

“Our first hypothesis was to create a peer to peer referral platform to solve the discovery problem here. We started getting users, but soon we realised that the bigger pain point is getting relevant candidates,” says Verma.

This is how CutShort started, which actually began with simple algorithms to test key hypotheses and gradually started using more of AI-driven approach.

How Does The Match-Making Algorithm Work?

They use Node.js, Express, Python, Angular.js, Firebase, nginx, MongoDB/Redis and use Amazon EC2 and Google Cloud on the hosting side. On the AI side of things, they are using Python, Luis and their own algorithms to solve problems.

Verma shares that Voila isn’t merely a chatbot. “It isn’t a support agent or someone that just helps you fill forms. Voila is a next-generation AI assistant that continuously monitors things and gets them done for you. It is proactive, not reactive,” he says.

as an employer, if someone applies to a job position, Voila takes charge and asks them for information that is normally needed to take the first decision. “And later, when you want to send tests or set up interviews, not only it gets those things done, but also follows up automatically with the candidate if they fail to do so,” he explains.

What gives immense power to Voila is that it is no just serving the employer but it also serves the candidates and engages with them in their most natural habitat — their email inbox. Candidates can reply to Voila in English and it takes care of the actions they want to take.

“With Voila, our job applications increased by 30%. And more importantly, the engagement has become much faster and richer,” adds Verma.

How CutShort Stands Apart From The Competition

AI in recruitment is a cliche phrase today, with many companies marketing their “point” solution to solve a specific problem. “CutShort is not a point solution – it is an end-to-end hiring solution that uses AI in sourcing, matching, engagement and hiring,” says Verma.

“Our differentiation is not just AI technology but in ways that technology can be productised at places where they make the most practical sense for all the stakeholders. For instance, using AI-based phone calling technology sounds great for recruiters, but will candidates like talking to a bot instead of a human? That’s just the kind of questions we face every day, experiment with and deploy for our users,” he shares.

Verma shares that one of the benefits of working in a big market which is not satisfied by existing companies is that the customers find you! That is what happened with CutShort.

“For instance, when we started, a Senior Director from a big enterprise company signed up in the first week. And all we had was a scrappy website that didn’t have proper CSS. But it was this validation that the market needed new players,” says Verma.

Since then, they have been used by 8000+ companies, right from smaller startups to recruiters at companies such as Google and Amazon.

Having started in 2017, they became cash flow positive in 2018 and haven’t burned money since, despite increasing their spend 4x, Verma proudly shares.

One of the other satisfying statistics for them is the fact that 3500+ candidates so far have found their next workplaces via CutShort. “That sense of participating in the growth of our economy is a big motivating factor for our team,” he says.

Verma proudly shares that their product has evolved rapidly and is becoming a de-facto hiring platform to be used by startups and other companies that demand high-quality talent. Their candidate signups have increased 6x this year and this growth along with the better product is leading to a much higher job closure rate for the companies.

“We believe that stronger network effects in our product will speed up the growth exponentially in the next 3-5 years. Recruiting is very much an open market that is undergoing disruption and we are uniquely positioned to build a stronger alternative to the conventional alternatives. On the product side, we will continue to invest in using AI and data science to improve the hit ratio for our users,” he adds. The next priority for the startup is to scale up in India to more SMBs and also to bigger companies with less than 500 employees.