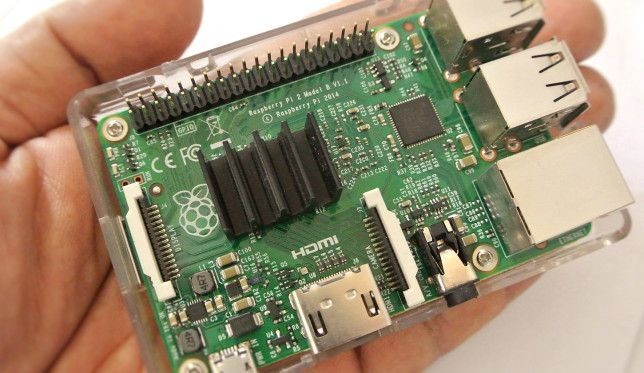 Raspberry pi, a small chip-based computer which was first introduced to school students, has come a long way since then. It has now progressed to performing tasks like face recognition and object recognition. In spite of being a single board computer, it is useful in ways that are powerful and usable and are familiar to any “Linux-head”.

Here are few instances where Raspberry Pi has been used in combination with other resources for ML applications:

TensorFlow: Raspberry Pi, when used with a combination of other resources like TensorFlow and Python can have a variety of applications. TensorFlow, an open source software library for data flow by Google can also be used to work with Raspberry Pi. It has a high-performance numerical computation aptitude and is developed by researchers and engineers from the Google Brain, an AI-based Google’s team of researchers, who use this open library for ML and deep learning.

Using the TensorFlow with Raspberry Pi, applications like object detection in videos is possible. Detecting whether there is a dog in the video or a house, to check whether there is a parking area available in front of your workplace, building your own car head unit or building a robot that picks the best play to make in a card game is all possible. Another application is the self-driving Donkey Car, which can be built at a very cheap cost using TensorFlow.

Image Sorting: A lot of other complex, large-scale applications are possible. For example, an embedded system designer from an industry named Makoto Koike developed a cucumber sorting system for which he used Raspberry Pi 3 as the main controller to take images of the cucumbers. After the images are captured, and since the Raspberry Pi has the capability to run deep neural networks, it runs a small-scale neural network on TensorFlow to classify whether or not the image is of a cucumber. It is then sent to a Linux network to run higher levels of further classification. An Arduino Micro controls the conveyor and servo motors and sorts the cucumbers according to the classification fed. A Raspberry Pi chip, along with TensorFlow is used to recognise cucumbers as they travel along the conveyor and sends photos to Google Cloud for further processing.

How To Crack Google TensorFlow Certification

Astronauts made a virtual co-pilot using Raspberry Pi through a machine learning system called the solar Pilot Guard, to prevent aircraft crashes. This project was made successful with the aid of Raspberry Pi and Wolfram. Aurora alarm, music hyper discovery, speech to text are some of the other machine learning applications.

OpenCV is an Open Source Computer Vision library for the use of machine learning, aimed to boost the use of machines in commercial products, also has applications like object detection and face detection, when endorsed with Raspberry Pi.

Where Do They Lack?

Despite having use for so many applications, Raspberry Pi cannot compete with more sophisticated, high-end machine learning applications. It does not have the right hardware for heavy computational processes, because it has an insufficient RAM and processor speed. That is why it is necessary to train the network on a laptop or a desktop and then use this trained neural network to the Raspberry Pi, because these applications demand for a lot of resources which are not made available by the Raspberry Pi. Therefore larger, deeper neural networks cannot be used with it. We are always compelled to use smaller processor footprint that are computationally more competent. The suitability of these computers may vary, depending on the purpose, however, it can be adapted to suit the requirement.

How To Extract Foreground From Images Interactively Using GrabCut?

How I Created The Credit Card Reader Using OpenCV?

How To Use OpenCV to Extract Information From Table Images