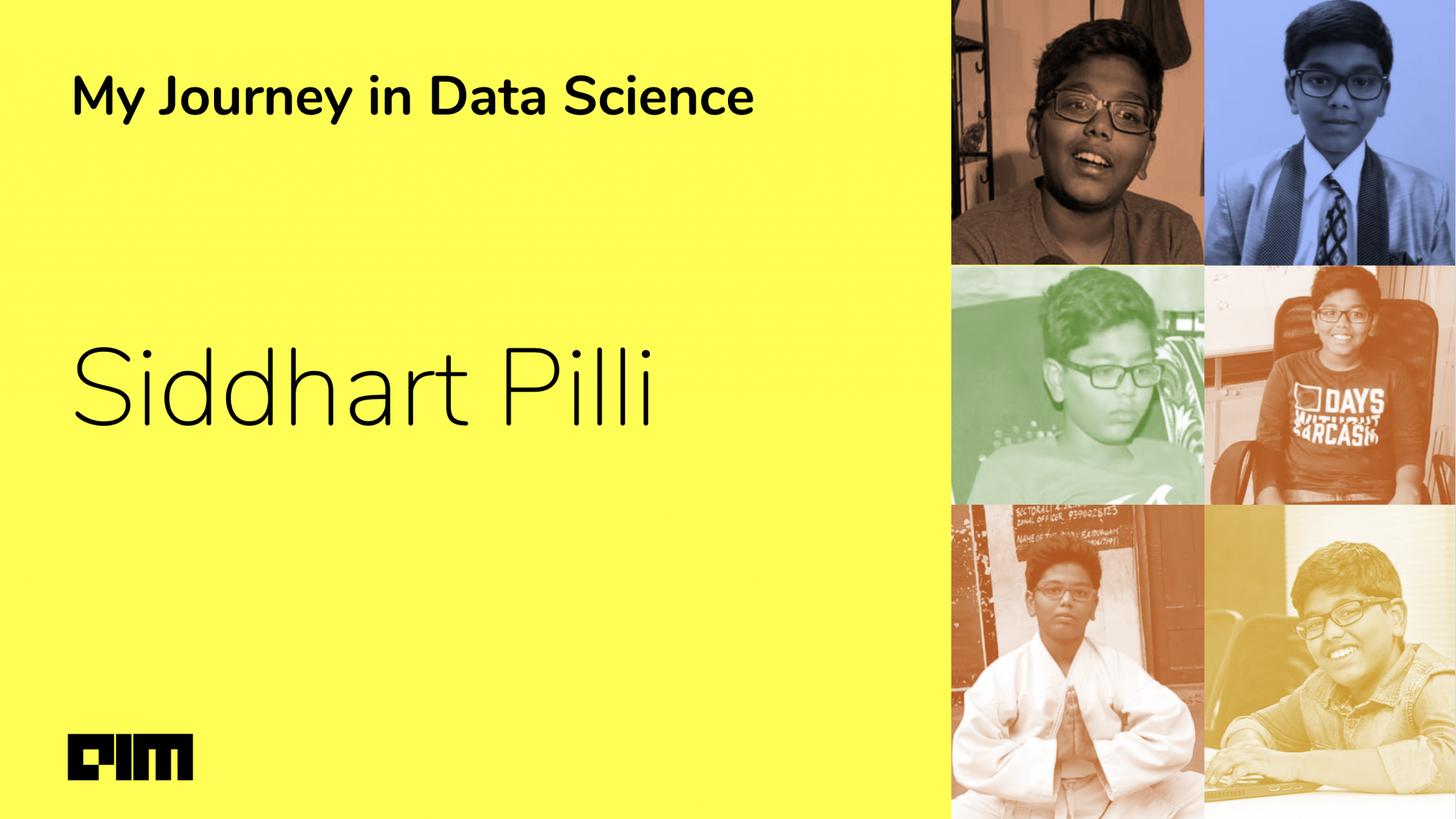 Data science, for many adults, can be a daunting task as it includes a wide range of skills such as statistics, mathematics and programming languages, among others. However, if you meet the 12-year-old, Siddharth Pilli, Asia’s youngest data scientist, you will realise that age certainly cannot hold you back from becoming a data scientist.

Mature for his age, Pilli, who studies in Class VII, has been giving interviews for national television channels over the last few weeks. To understand his unique journey into data science, a field where most 20-somethings are still struggling to land on their feet, we spoke to Pilli for our weekly column My Journey In Data Science.

Pilli in has studied earlier in Guntur and Canada and is now pursuing his education in Hyderabad. Just like most kids, Pilli, when he was seven years old, was fond of play games on his father’s laptop.

Eager for his son to learn programming, Pilli’s father introduced him to C. Pilli was excited and started with the fundamentals of C programming and moved on to actual coding, which took him only about a year to grasp. Later, he moved on to mastering Java programming and then to SQL. The little one was so motivated that he did not stop and kept on learning new programming languages like HTML and CSS.

Eventually, Pilli began with Python programming. Pilli recalls that it was in during his Class VI that he started to learn Python. “After learning the basics, I moved on to acquire the knowledge of machine learning libraries such as Sikit-learn, SciPy, and others. I took paid courses, downloaded a few materials from several websites to quickly master Python and machine learning skills,” explained Pilli cheerfully.

Does He Still Go To School?

Pilli, since September, has been working at Montaigne Smart Business Solutions as a data scientist. But does he still go to school? Yes, currently, he has a unique education-work balance, has set aside three days for school and another three days for work. “My parents informed the school about my job offer, and the principal was pleased to support my desire to work, so they accepted the three-day education practice,” says Pilli.

Talking about his three months of work experience, Pilli says that working in data science is challenging, but he believes that he can handle it. He takes the data science problems head-on and solves business challenges. Pilli also said he seeks his peers’ support when he needs to finish the tasks quickly. “I do not get stressed out due to the challenging task at hand,” Pilli says thoughtfully.

Besides, while citing his worst experience, he pinpoints the data cleaning process in EDA as the lousiest. However, for Pilli, the best part of data science is creating machine learning models.

When asked about the projects, he says, he is working on a machine learning-based productivity project that helps in streamlining the workflow within organisations.

Piece Of Wisdom For Data Scientists From A Young One

Pilli underlined the importance of statistics to predict outcomes as well as get insights into the data. Therefore, one should acquire knowledge of statistics to thrive in the data science landscape. Further, he also mentioned that one should be open to learning new modules that keep floating in the market.